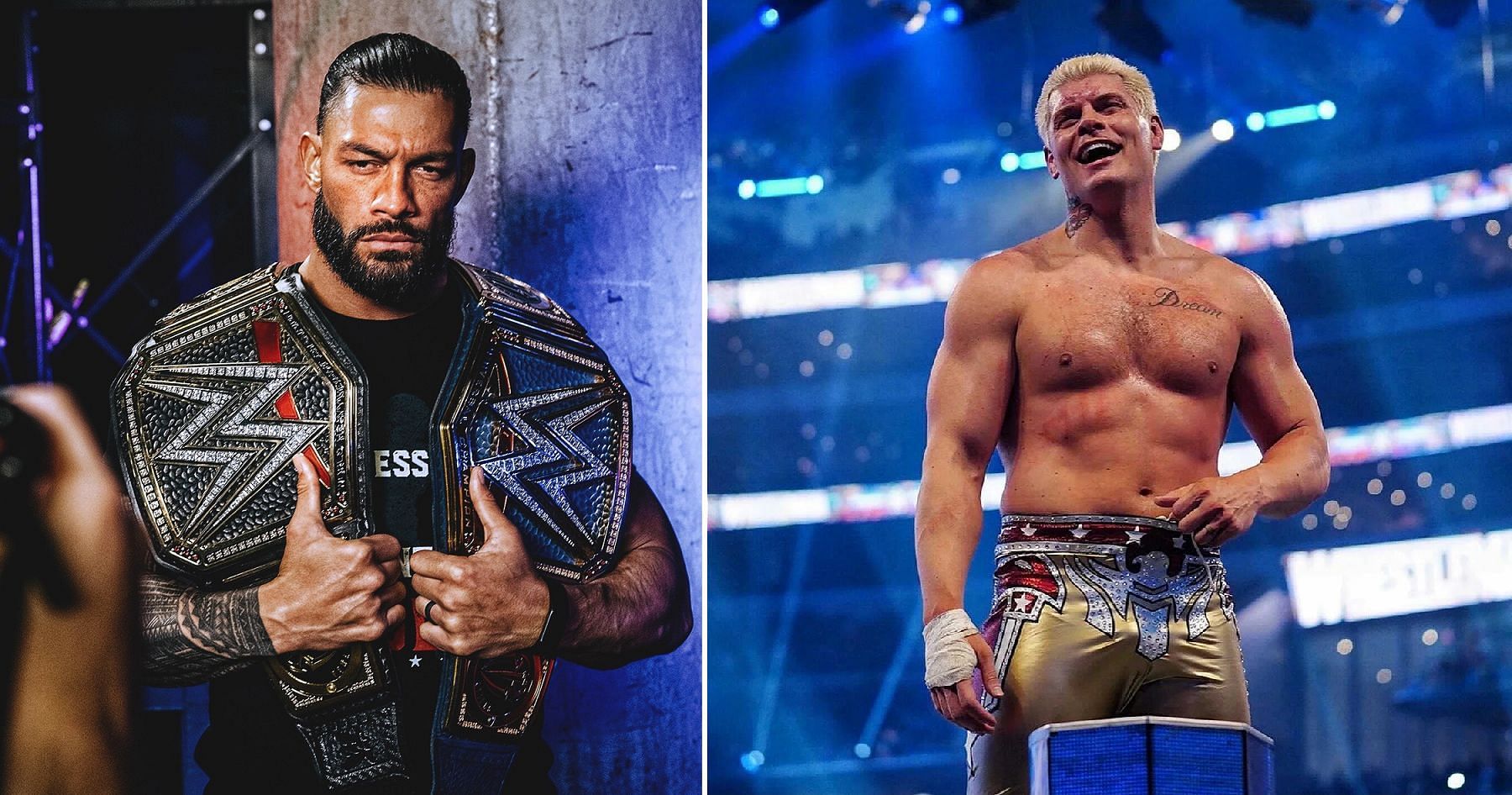 SummerSlam is mere weeks away and several WWE Superstars are being pushed hard ahead of the show.

It’s clear that the company has plans for a number of their current stars as they have remained undefeated or unpinned for several months.

The following list looks at just five current WWE Superstars who are currently on an undefeated or unpinned streak in WWE.

Cody Rhodes returned to WWE at WrestleMania 38 where he was able to defeat Seth Rollins before going on a lengthy undefeated streak that took him all the way to Hell in a Cell. Rhodes defeated Rollins at three pay-per-views en route to Hell in a Cell before a torn pectoral muscle forced him to be sidelined.

Rhodes wrestled with the injury before it was later revealed that he would need surgery that could keep him sidelined for up to nine months, a timeline that Rhodes himself has refused to accept.

It’s unclear how long Rhodes will be out of action, but he is expected to make his return in the build-up to WrestleMania 39, where his undefeated streak could continue.

Since making his return to WWE with a new attitude following WrestleMania 38, Veer Mahaan has been on an undefeated streak, brushing aside any challenges put in his path. After a lengthy feud with The Mysterios, Veer has recently made the move back to Main Event where he was able to defeat Mustafa Ali and has recently been facing R-Truth at live events.

Mahaan is known as The Lion and is being built as an unstoppable force on Monday Night RAW at present. With the likes of Bobby Lashley and Omos in the locker room, it’s hard to predict what WWE has planned for Veer moving forward and if he could one day push into the World Championship picture.

Gunther was last defeated back in April when he was part of the NXT brand looking to dethrone NXT Champion Bron Breakker. The Austrian star has since moved up to the main roster where he has become a force to be reckoned with alongside Ludwig Kaiser.

Gunther is the current Intercontinental Champion and is undefeated on SmackDown since his debut on the brand in April. In his time on SmackDown, Gunther has defeated Drew Gulak and Ricochet several times. He has also recently made the trip over to RAW where he defeated R-Truth.

Gunther doesn’t currently have a challenger for SummerSlam, but we should have more clarity on who his opponent could be in the coming weeks.

Bobby Lashley has dominated WWE for several years after getting back on track under the leadership of MVP. Lashley is a former World Champion and is hoping to be handed a chance to take back the title in the near future since he has made quite a case for himself on RAW.

Lashley hasn’t been pinned on Monday Night RAW since his loss to Big E back in September 2021. The star has lost several pay-per-view matches to Goldberg and Omos over the past year, but he seems to be a much harder opponent to overcome on WWE’s weekly show and is heading towards a year unpinned.

Roman Reigns has dominated the company for more than three years. He has remained unpinned since his loss to Baron Corbin on December 15, 2019, at Tables, Ladders, and Chairs.

Whilst Reigns himself has not been pinned, there are matches that he has lost for other reasons. In December 2020, he lost his first match in almost a year via disqualification when he teamed with Jey Uso against Kevin Owens and Otis.

At the 2022 Royal Rumble match, Roman Reigns suffered his first singles loss in more than two years when he was defeated by Seth Rollins. This came as a disqualification after Rollins got into his head and he then refused to stop assaulting him after the five count.

Reigns’ new contract means that he currently appears less on TV, which means that he has less chance of losing his undefeated streak.