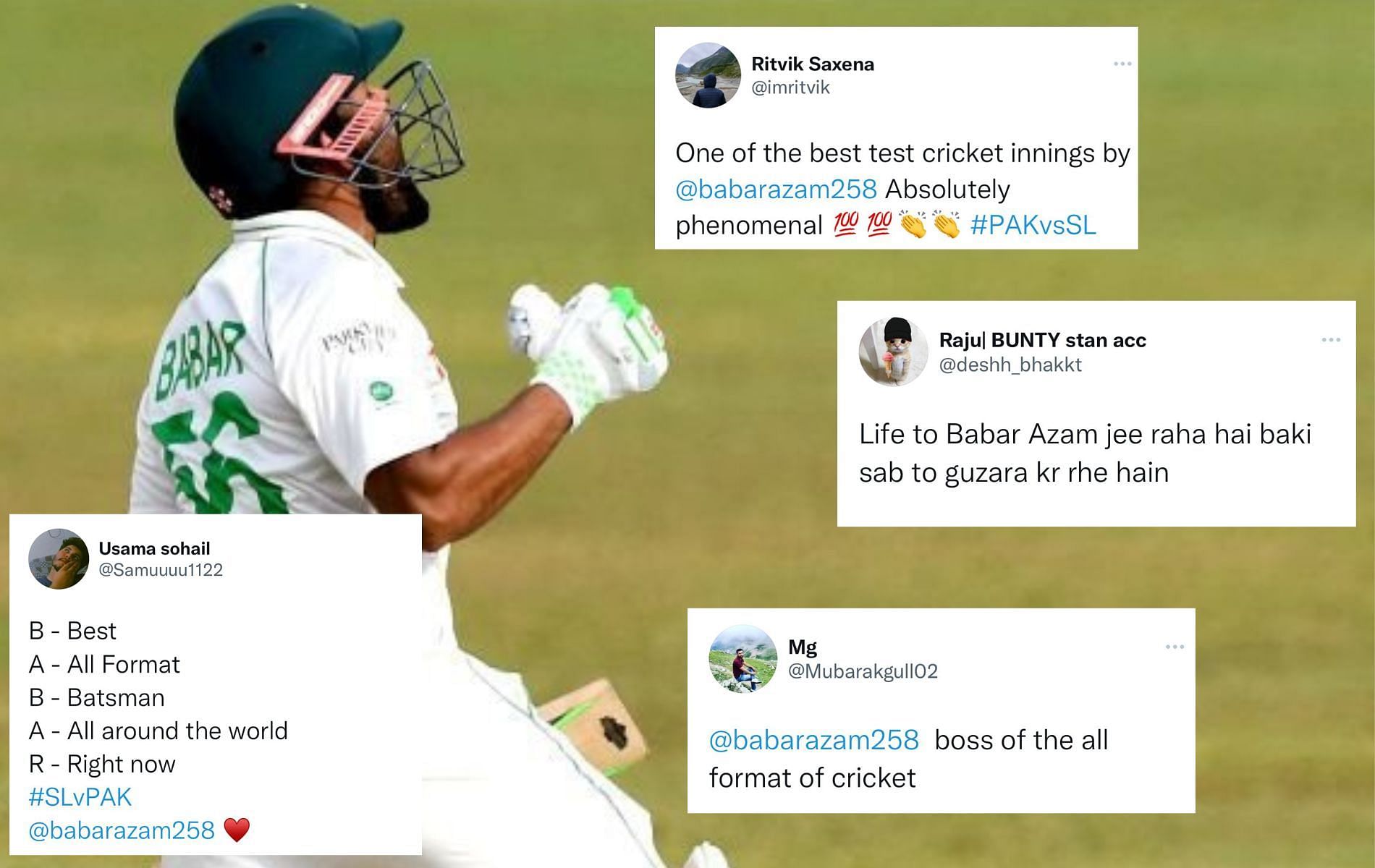 Pakistan captain Babar Azam once again proved his class as he scored a gutsy century in the team’s ongoing Test series opener against Sri Lanka at Galle. The right-hander scored 119 runs off 244 deliveries and proved to be the lone warrior for his side.

While Babar Azam didn’t receive much support from the rest of the Pakistani batters, he kept going from one end and slammed his seventh Test century on Sunday. Furthermore, he went past 10,000 international runs during his innings.

The star batter reached the significant milestone in 228 innings and broke Virat Kohli’s record to become the fastest Asian player to reach the 10,000-run mark in international cricket.

The 27-year-old received appreciation from all quarters for his inspiring knock under pressure. Here are some of the reactions:

Another day, another century for King BABAR 🙌👑 Once a king, always a king ❤️💕💚@babarazam258 #PAKvsSL

This is not a century, this is something to be remembered for centuries. KING STUFF!
#BabarAzam𓃵
#BabarAzam

This is not a century, this is something to be remembered for centuries. KING STUFF!#BabarAzam𓃵 #BabarAzam

Babar be like:
Utho, century karo, so jao 🤌
#BabarAzam

It is worth mentioning that Azam is the fifth-fastest player to reach 10,000 runs in international cricket. Sir Vivian Richards holds the record of reaching the landmark in the least number of innings (206).

Sri Lanka had won the toss and elected to bat first against Pakistan in the first Test of their two-match series. While they managed to post a total of 222 on the board in their first innings, their bowlers helped them power their way back into the contest.

The Sri Lankan bowlers did an exceptional job of bowling Pakistan out for 218, although it could have been for much lesser if not for Babar Azam’s valiant knock.

Prabath Jayasuriya was the pick of the bowlers for the hosts. The left-arm spinner picked up a stunning fifer and finished with figures of 5/82.

Babar Azam steadied the ship for his side with his knock of 119. However, no other batter was able to make a significant impact in the innings and they ultimately fell four runs short of Sri Lanka’s total.