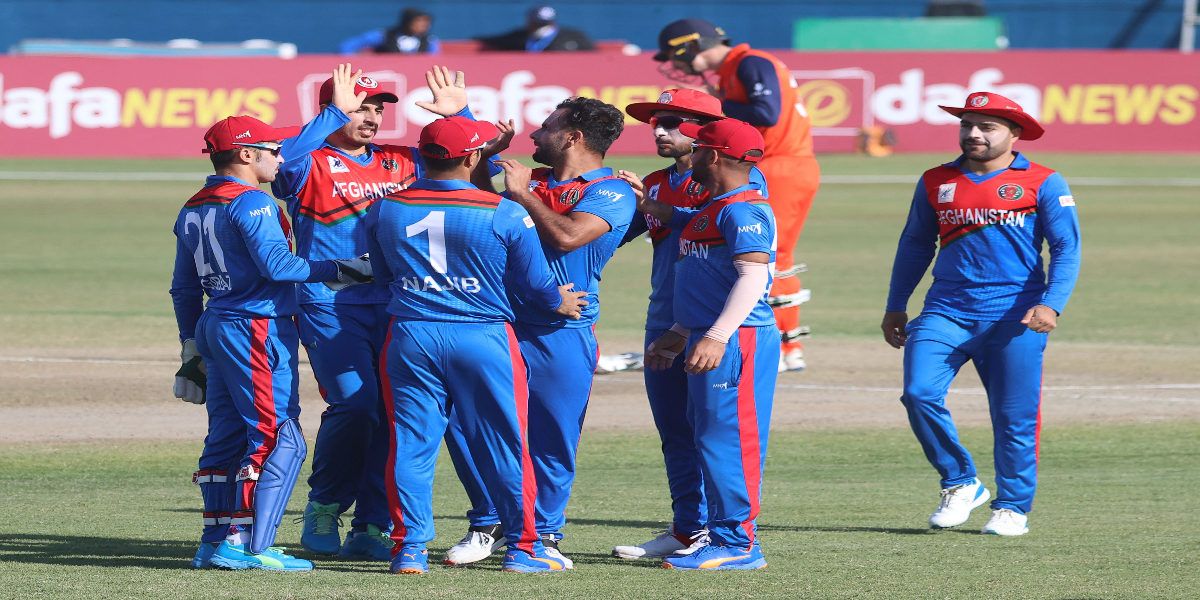 Batsmen Rahmat Shah and Hashmatullah Shahidi and all-rounder Mohammad Nabi starred as Afghanistan climbed to third in the Cricket World Cup Super League after a 60-run one-day international victory over Zimbabwe in Harare on Saturday.

Securing 10 points from the win at Harare Sports Club lifted the tourists above India and Australia in the standings and left them trailing only leaders Bangladesh and second-placed England.

The top eight finishers in the Super League gain direct qualification to the 2023 Cricket World Cup in India.

Put in to bat after losing the toss, Afghanistan posted 276-5 in 50 overs with Shah (94) and captain Shahidi (88) setting up the triumph after a shaky start that left the visitors 38-2.

Read More: ICC Under 19 World Cup 2022 Schedule, Squads: All you need to Know

Blessing Muzarabani was the pick of the Zimbabwe bowlers, taking 4-52, including the wickets of Shah and Shahidi, who had added 181 runs for the third wicket.

Zimbabwe were always behind the required run rate and were all out for 216 off the final ball of the innings with Sikandar Raza (67), debutant Innocent Kaia (39) and captain Craig Ervine (30) the best batsmen.

Nabi was the most impressive Afghan bowler, finishing with 4-34 and Rashid Khan (2-39) and Fazal Haq Farooqi (2-41) were the best of the rest.

The convincing victory gave Afghanistan a 16-10 lead in ODIs between the countries. Both teams are looking to recover from recent ODI series losses — Zimbabwe to Sri Lanka and Afghanistan to Bangladesh.

The six-match tour, originally scheduled for two years ago, finally began after two postponements, first because of the coronavirus pandemic and then due a shortage of broadcasting equipment.

There will be two more ODI matches on June 6 and 9 followed by three Twenty 20 internationals on June 11, 12 and 14 with Harare Sports Club hosting all six games.