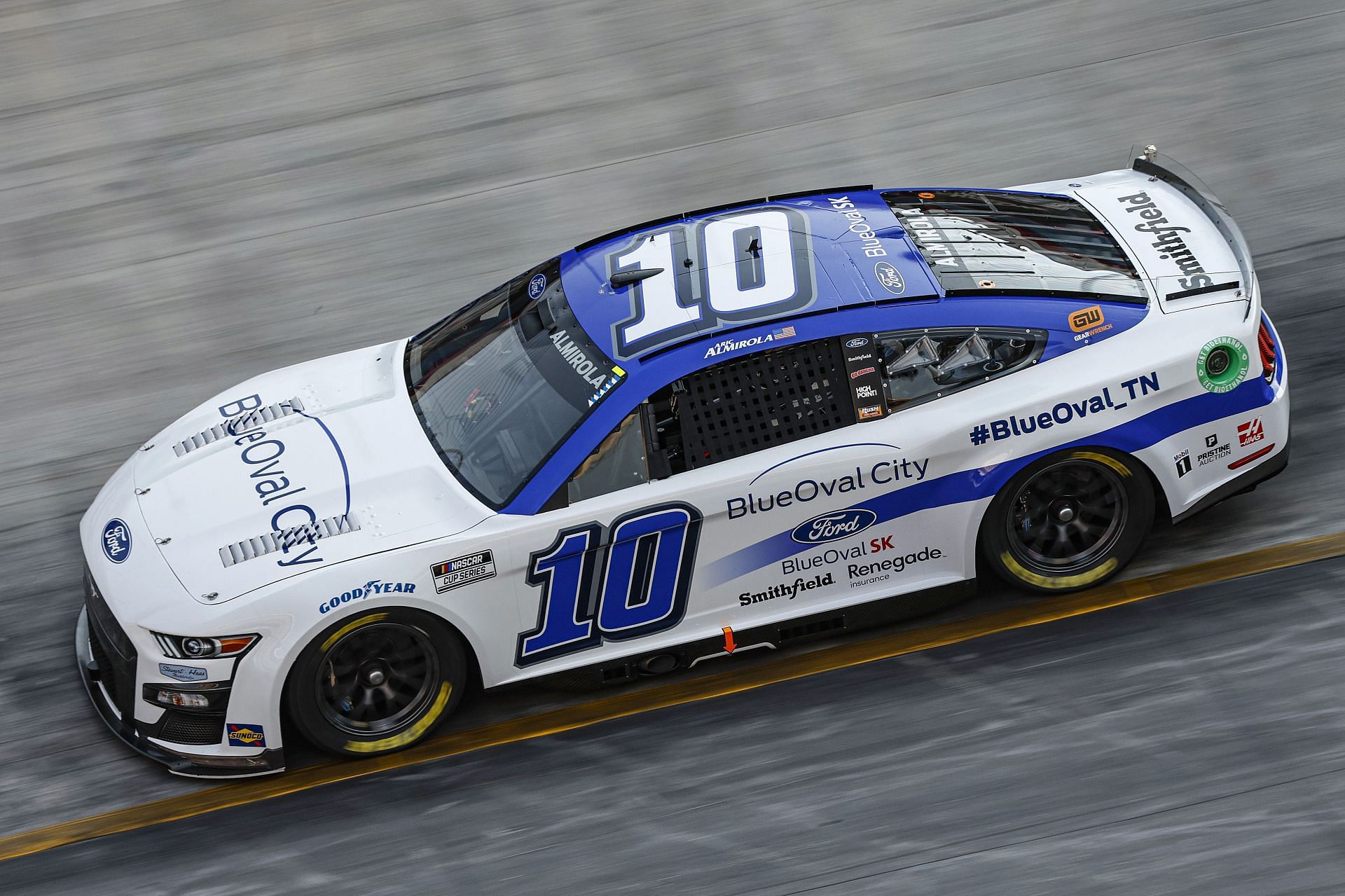 Stewart-Haas Racing driver Aric Almirola has had a below-average NASCAR season so far. With two top-five and seven top-10 finishes, the #10 Ford stands in 20th place in the Cup Series standings and has already been knocked out of the playoff picture.

The 38-year-old will have the opportunity to bounce back in the remaining races of the 2022 season and finish on a good note. He is in a situation where he has nothing to lose: He can only take the learnings of this season into the next.

7 weeks left. 7 chances to win. Won’t slow down until November 7.

In a recent media interview, Aric Almirola stated that he will use the remaining races as an opportunity to prepare himself for the 2023 season and work hard on it. He also admitted that this season has been a learning experience for him and the Stewart-Haas Racing team.

“We’re working really hard on 2023. In the last six races before the playoffs, we were really trying to massage on things and take race cars that we felt were capable of running seventh to 12th and hoping that we would hit on that missing ingredient to get where we needed to be. Since we’re out of the playoffs, we’ve really used this opportunity to swing for the fences on stuff that is way outside of the box and it’s also a big learning curve for our organization.”

The 2022 Autotrader EchoPark Automotive 500 is set to kick-off this weekend at the Texas Motor Speedway, and Aric Almirola will be on track to represent Stewart-Haas Racing in his #10 Smithfield Ford Mustang.

Last weekend at Bristol Motor Speedway, he started from the pole and led the first 36 laps. Unfortunately, however, he made an early exit from the race after facing a steering issue with 82 laps to go.

Aric Almirola will return to the track this weekend, where he has a decent record. He has made 21 appearances in the Cup Series at Texas Motor Speedway, securing one top-five and five top-10 finishes and securing a career-best 12th place finish in the All-Star Race earlier this season. It will be interesting to see how the #10 Ford driver fares this weekend.

Catch Aric Almirola at Texas Motor Speedway for the fourth playoff race of the season on Sunday, September 25, 2022 at 3:30 pm ET.