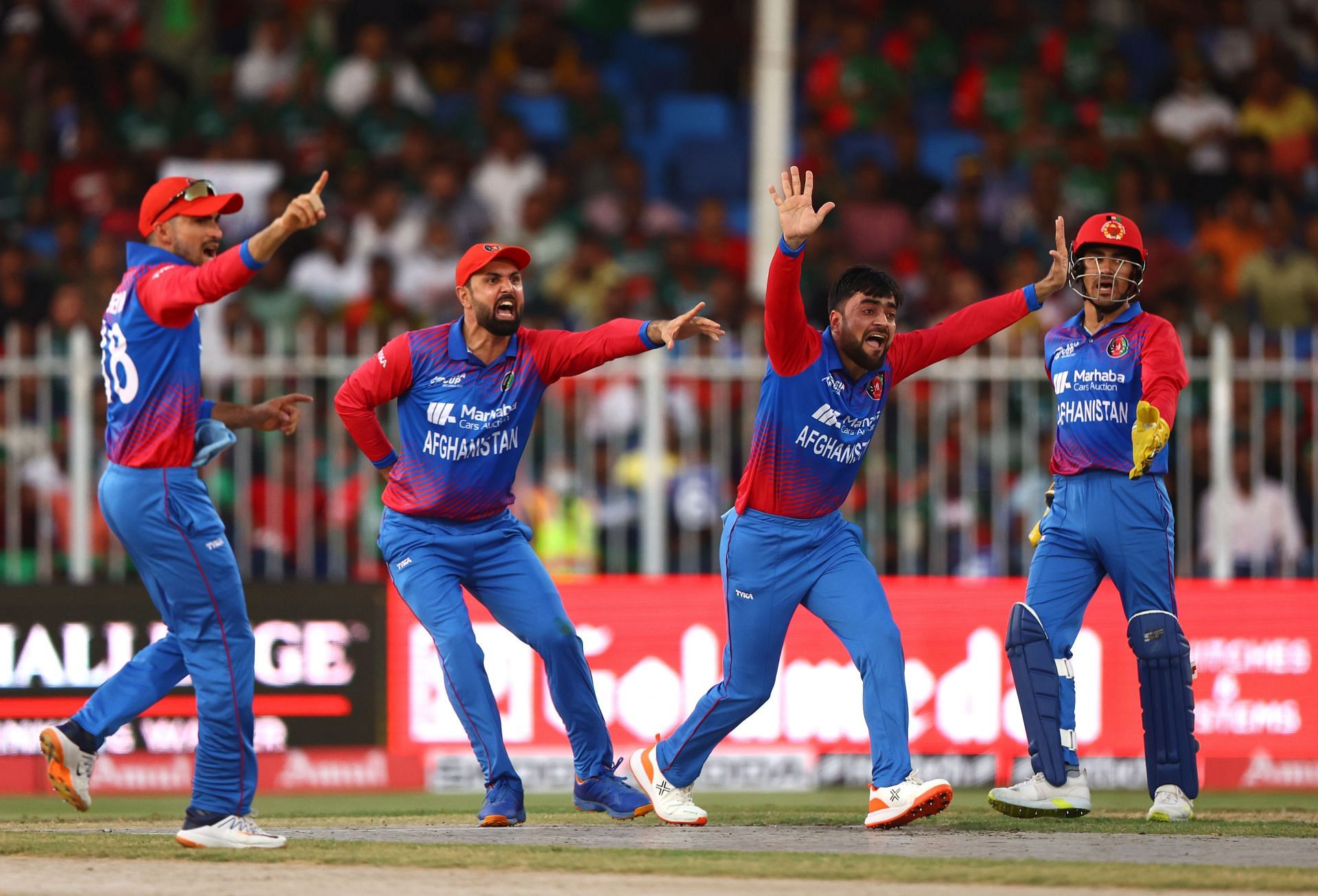 Afghanistan became the first team to qualify for the Super 4 round of the Asia Cup 2022. They were terrific in the group stage, thumping Sri Lanka and Bangladesh to seal their berth in the second round of the continental tournament.

Afghanistan’s first group match was against the Lankans in Dubai. They bowled first and did an excellent job to bundle out Sri Lanka for 105 in 19.4 overs. Left-armer Fazalhaq Farooqi stood out with figures of three for 11, while spinners Mujeeb Ur Rahman and Mohammad Nabi claimed two wickets each without giving away too many runs.

The batters then did the rest as openers Rahmanullah Gurbaz (40 off 18) and Hazratullah Zazai (37 off 28) added 83 in six overs.

Their performance against Bangladesh was equally emphatic. Bowling first after losing the toss, they held the opposition to 127 for seven. Najibullah Zadran (43* off 17) and Ibrahim Zadran (42* off 41) then combined to lift Afghanistan to a seven-wicket triumph.

While the Nabi-led outfit will be high on confidence after tasting amazing success in their group matches, here are three reasons why they might struggle in the Super 4 stage of the Asia Cup 2022.

#1 Lack of versatility in batting