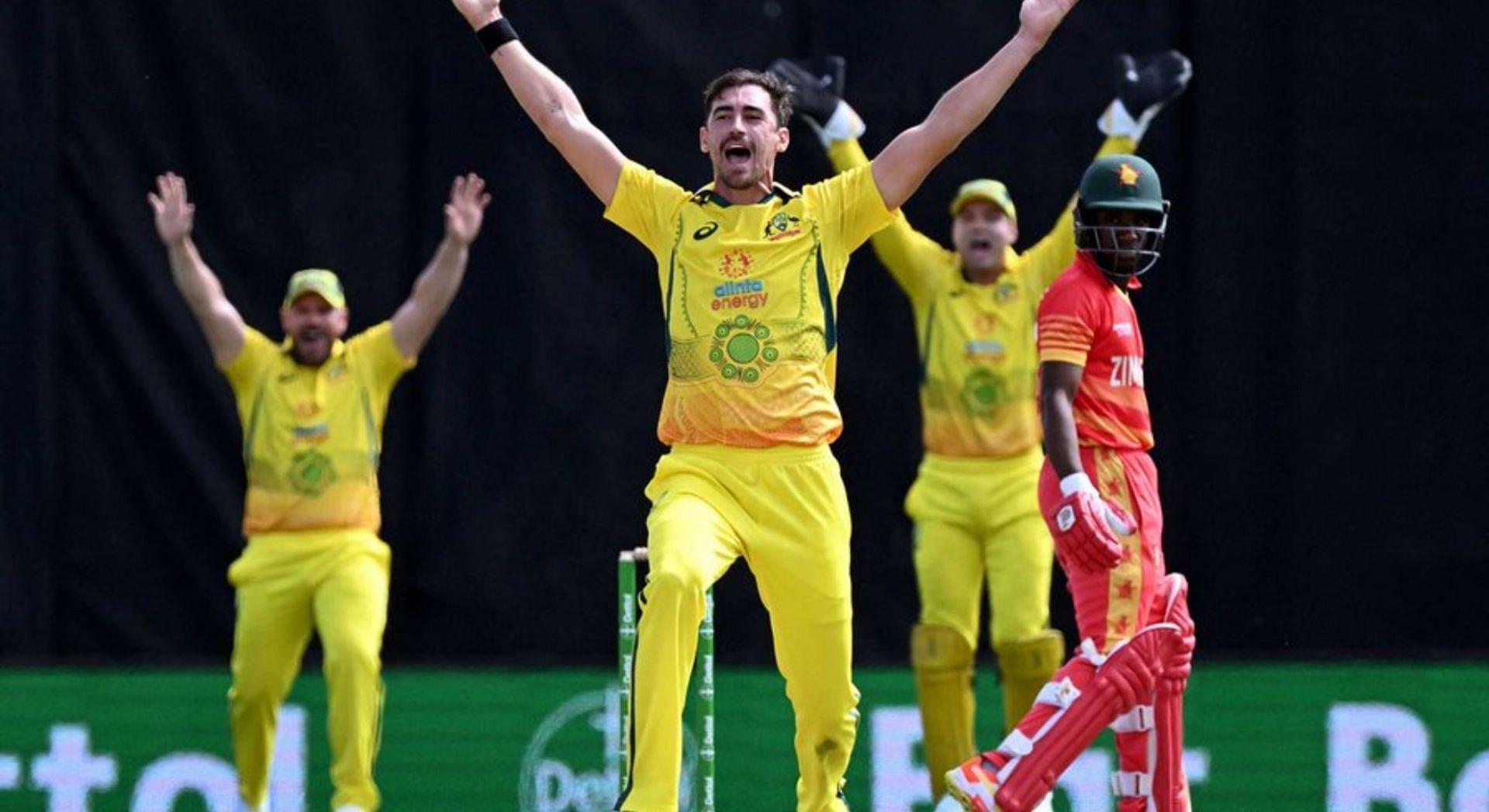 He reached the landmark in a losing cause for Australia against Zimbabwe in the third and final ODI in Townsville on Saturday (September 3).

He became the fastest to 200 wickets in terms of innings played and balls bowled.

Fastest to 200 wickets in ODIs

Starc picked up five wickets in the three-match series against Zimbabwe, including 3/24 in the second ODI that Australia won by eight wickets.

He will next be in action during the upcoming white-ball series against New Zealand away from home. The three-match T20I series starts on September 6.

Mitchell Starc and Co. fail to defend 141 against Zimbabwe

Regis Chakabva-led Zimbabwe stunned Australia with a three-wicket victory in Townsville’s third and final ODI to avoid a clean sweep. The visitors put on a spirited performance with the ball as they bowled out the hosts for 141 runs in 31 overs.

Australia opener David Warner top-scored with 94 runs, while Glenn Maxwell (19) was the only other batter to reach double figures.

Ryan Burl took a fifer against the Aussies while Brad Evans scalped two wickets. Sean Williams, Victor Nyauchi and Richard Ngarava settled for one wicket each.

Chasing 142, Captain Chakabva led from the front as he top-scored with 37 runs, while Tadiwanashe Mrumani contributed 35 runs. The rest of the batting unit chipped in to overcome a middle-order collapse and chase down the target in 39 overs.

Josh Hazlewood was the pick of the bowlers with figures of 3/30. Mitchell Starc, Cameron Green, Ashton Agar and Marcus Stoinis all picked up one wicket each.

However, Aaron Finch and Co. won the ODI series 2-1 as they won the first two ODIs by five and eight wickets, respectively.