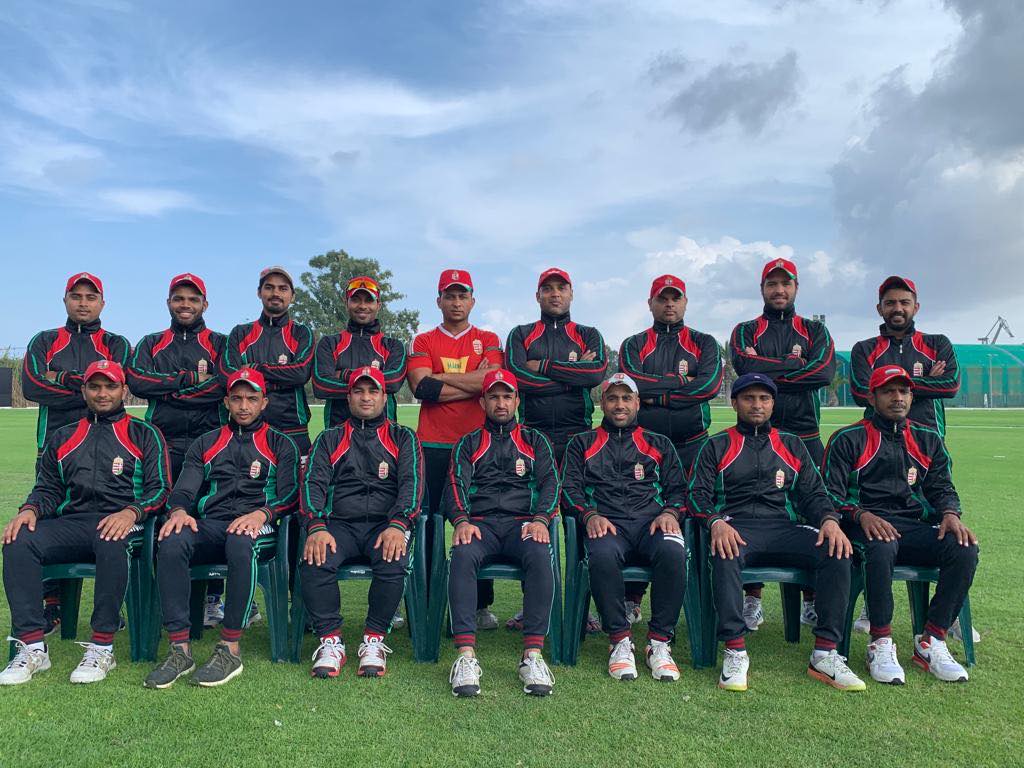 AUT vs HUN Dream11 Prediction, Fantasy Cricket Tips, Dream11 Team, Playing XI, Pitch Report, Injury Update of the match between Austria and Hungary. They will play against each other for the last time in the three-match T20I series.

The 3rd T20I match between Austria And Hungary will be played on 5th June at the Seebarn Cricket Ground.

This game is scheduled to start at 2:30 PM IST and live score and commentary can be seen on FanCode and CricketAddictor website.

Austria and Hungary played two matches against each other in this three-match T20I series so far where Austria won one game and is currently leading the series by the 1-0.

The second T20I match between them got abandoned due to rain. In that game, Austria won the toss and decided to field first. Coming to bat, Hungary posted 89 runs on the board for the loss of all their 10 wickets. After the first innings, the rain played the spoilsport. As a result, the match had to be called off due to consistent rain.

The third and last game of the series is anticipated to be a good one considering the series so far.

The temperature is expected to hover around 23°C on the matchday with 63% humidity and 7 km/hr wind speed. There are 21% chances of precipitation during the game.

The Seebarn Cricket Ground is a batting-friendly wicket and is anticipated to assist the batters once again here. There is very little help on offer for the pacers early on, and the spinners will have to toil hard for wickets here.

The average first innings score on this wicket is 180 runs.

The team batting second doesn’t enjoy good records here. They have a winning percentage of 40 on this track.

Razmal Shigiwal is a right-handed batsman and right-arm medium pacer from Austria. He has smashed 42 runs in this series so far and will be hoping to make a good impact in this match.

Shahil Momin is a left-handed batsman and left-arm orthodox spinner from Austria. He has scored 15 runs and picked up 8 wickets in this series so far. He will be among the top fantasy picks for this game.

Ahsan Yousuf is a left-handed batsman and left-arm orthodox spinner from Austria. He has smacked 23 runs and grabbed 4 wickets in this series so far. He will be another safe option to have in the fantasy team.

Zeeshan Khan is a right-handed batsman from Hungary who bowls right-arm medium pace with the ball.  He has marked 25 runs in this series so far and will be hoping to capitalize on the start in this match.

Suggested Playing XI No.1 for AUT vs HUN Dream11 Team:

Suggested Playing XI No.2 for AUT vs HUN Dream11 Team:

Shahil Momin will be a safe captaincy choice for the small leagues as well as mini grand leagues. Satyadeep Ashwathnarayan and Amit Nathwani are among the punt-picks here. The best-suggested fantasy/Dream11 combination for this game is 1-4-3-3.

Considering the performance in the series so far, Austria is expected to win this match as well.