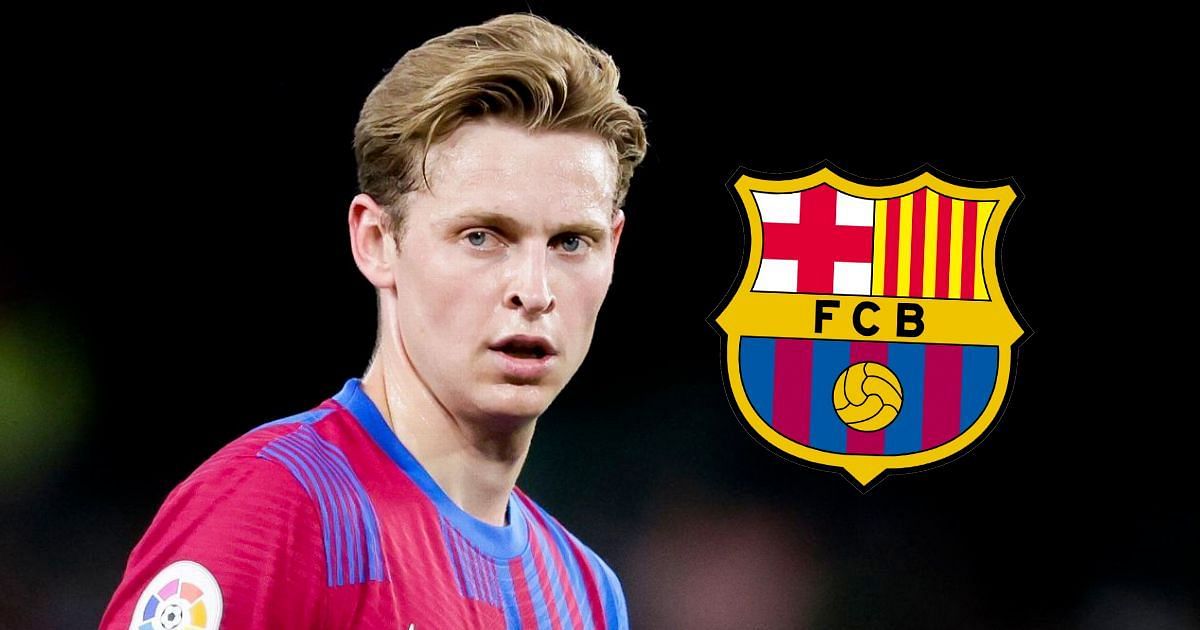 Frenkie de Jong has been named in the Barcelona squad that has traveled to the United States of America for their pre-season tour. This comes amidst the midfielder’s links to Manchester United this summer.

The Blaugrana’s official website named him alongside 27 of his teammates to board the flight that departed for Miami this weekend. The squad has now landed in the USA ahead of their first pre-season game against Inter Miami early on Wednesday morning, July 20.

According to Fabrizio Romano, his proposed move to United is still stalled. Barcelona have apparently reached an agreement on a fee of €75m plus €10m in add-ons with the English side. However, the player is adamant about staying at Camp Nou.

The Dutch midfielder has been a vital cog in the midfield at Camp Nou in recent times. He has scored 13 goals and registered 17 assists in his 138 appearances for the Catalans across all competitions.

Barcelona have some high-profile friendly games lined up this month. After their match against Phil Neville’s side, they are set to face Real Madrid on July 24th in Nevada before taking on Juventus on 27th July in Dallas.

Their tour of the USA concludes with a game against the New York Red Bulls in New Jersey at the end of the month. It remains to be seen if De Jong will still be at the club until that fixture.

It is clear Barca want to offload him, having agreed on a fee with the Red Devils. But the move will be difficult to complete until the 25-year-old himself wants to move to United – who will be playing in the Europa League next season.

According to the Mirror, sources close to Frenkie de Jong claim that the Barcelona midfielder is in constant dialogue with United manager Erik ten Hag.

The Dutch manager apparently has no intentions of giving up on the former Ajax star and could land his man before the end of the summer window.

The player is believed to be against a move to Old Trafford, considering the money in wages he is owed by the La Liga club.

This implies that the Netherlands international is, after all, secretly open to moving to the Red Devils. This comes as a massive boost for the club, given the departures of midfielders Paul Pogba and Juan Mata this summer.