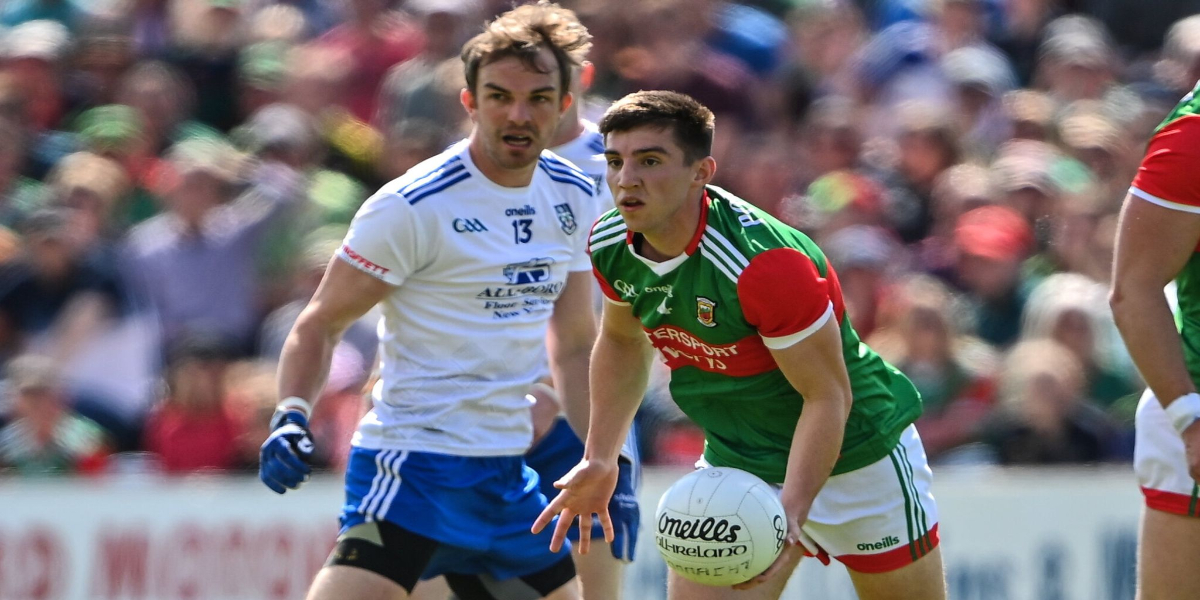 The objective got through a Cillian O’Connor punishment, after Dessie Ward was required a foot-block on Oisin Mullin.

Monaghan made a flying beginning, with progressive Gary Mohan guides helping them into a 0-2 toward 0-0 lead.

Their force was slowed down, be that as it may, when Conor McManus was shown a dark card. Over the accompanying 10 minutes, Mayo scored 1-3 without answer.

The Farney County required an answer, and it was Jack McCarron who drove the charge. The Currin clubman kicked three focuses before the break, to drag Seamus McEnaney’s charges once again into conflict, as they followed 1-7 to 0-7 at the span.

The Ulster side would have been content with the edge, considering that Mayo did most of the running in the main half.

The last part was messy for significant stretches, with the two sides scorning amazing open doors.

Cillian O’Connor opened the scoring after the restart, however Mayo then went 21 minutes without sending the umpires moving for a banner.

Nonetheless, Monaghan couldn’t underwrite, as they enlisted only a solitary point during that period. Lee Keegan at last finished the dry season in the 57th moment with a motivational score as Mayo stayed ahead of the pack.

Monaghan gravely required an objective to close the hole, and had two punishment claims waved away by Barry Cassidy.

Sean Jones’, right off the bat’s, shot was hindered by the leg of Stephen Coen, however it was decided that there was too incredible a distance between the players for it to be considered a foot-block.

In added time, Conor Leonard tumbled to the ground with Lee Keegan’s arms around the Monaghan forward in the square, yet by and by their supplications failed to be noticed.

Late on, Paddy Durcan kicked the protection point for the Westerners, as they pushed four forward and eventually waited for the hard-battled success.