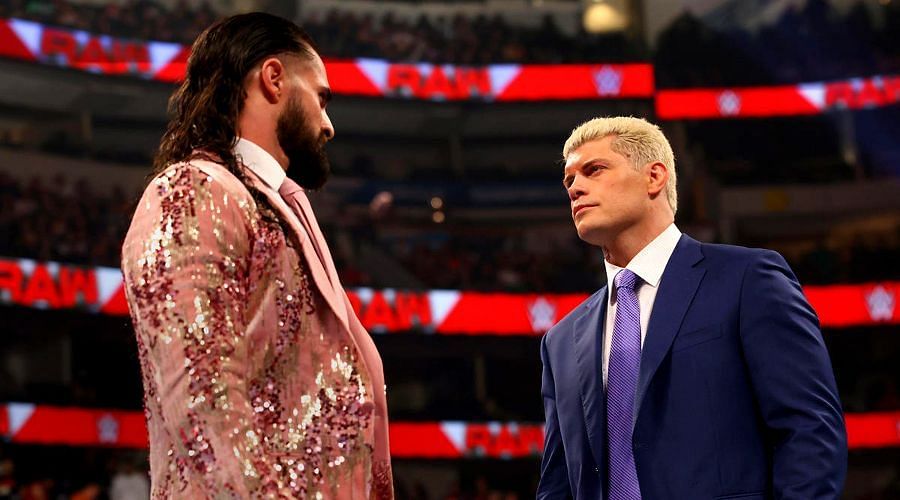 When Cody Rhodes entered WWE earlier this year, he received a coronation like few others ever have. Unlike many of his contemporaries, when he signed with the promotion he had a lot more creative input. He retained his American Nightmare name, music and logo from AEW.

What WWE’s newest superstar couldn’t count on, however, was the greeting he received from the fans. After six years away from the company, he was welcomed back with open arms. The audience embraced him as the prodigal son who had finally returned home.

Unfortunately for Cody, there was one person who was no fan of his or the attention he’s been receiving. Seth ‘Freakin’ Rollins has taken exception to the fact that the Grandson of a Plumber was stealing some of his spotlight.

It has led to a feud that has been great for both men, albeit for two totally different reasons. It gave The American Nightmare a high-profile program, right out of the gate, against one of the promotion’s top stars.

From A to B, the story telling has been phenomenal.

From A to B, the story telling has been phenomenal.Never gave a lot away & still felt authentic & exciting.#WWERaw https://t.co/tnGP2Xft24

For the always reliable Rollins, it’s a chance to grow his crazed character even more and remind the fans what an amazing all-around performer he is. It doesn’t hurt that The Architect claims to be fighting for what he built in WWE, which people can relate to – even if he’s technically a heel right now.

We’ve already seen two great matches out of these two supreme athletes, with Cody winning both of their initial encounters. Many critics and observers have lauded their in-ring actions and the vile vitriol that they mixed in with it.

Now, after a lot of jawing and brawling, it’s going to come down to what might be the final confrontation at Hell in a Cell this weekend. For Cody? It’s a chance to convincingly finish things off in this rivalry. In Rollins’ case, a victory would allow him to salvage at least a little bit out of the angle.

In what will likely come down as their highest octane and hard-hitting battle yet, both of these veteran performers will be looking to excel as much as possible at the show.

While their onscreen characters may be at each other’s throats, the two men are close behind the scenes. You can bet they have already talked about making this contest special. It’s almost a certainty that they won’t miss a beat at the premium live event.

If their matches have shown us anything thus far, it’s that Rhodes and Rollins have the athletic ability to give you any kind of match. But they also have the artistic acumen to know what makes a great bout is dramatic storytelling.

That shared ability should make this one a contest for the ages. The pair will know exactly how far to take the action before they pull it back. Their ability to keep that pace should make for a special showdown

At the end of the day, the real winners are the members of the WWE Universe. They will get to witness two performers who will give them just the right amount of heat at Hell in a Cell.

Q. Who will win at Hell in a Cell?