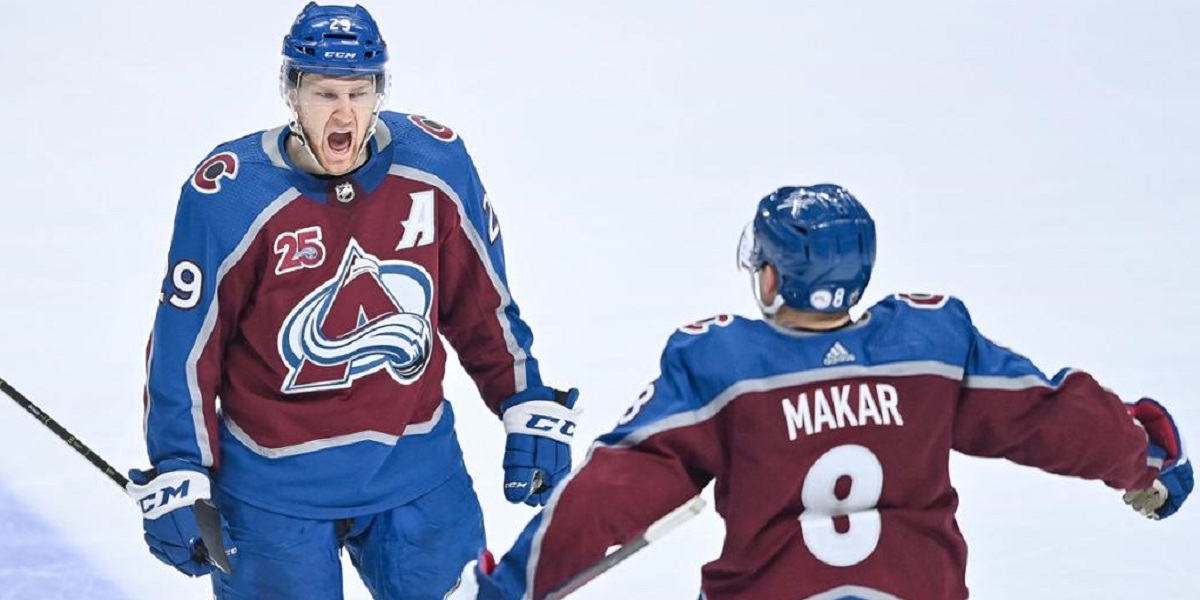 J.T. Compher scored the game-winning goal with 7:18 remaining, and Colorado Avalanche defeated Edmonton 4-2 on Saturday to come within one victory of the National Hockey League Stanley Cup Final.

The victory handed the Avalanche a 3-0 lead in the best-of-seven Western Conference final, and with a win at Edmonton on Monday, Colorado can sweep the series.

The Avalanche, who won the first two games in Denver, would proceed to meet either the defending champion Tampa Bay Lightning or the New York Rangers for the championship with one more victory.

Evan Bouchard of Edmonton fired a slapshot off the goalpost with the score tied, and Colorado cleared the puck just as left-wing Compher was freed from the penalty box.

Compher stole the puck from Bouchard, went in alone on Oilers goaltender Mike Smith, and deflected it past him to give Colorado a 3-2 lead.

With 30 seconds remaining, Mikko Rantanen put a goal into an unprotected net to seal the final margin of victory for the Avalanche.

Colorado became the first club since the Los Angeles Kings in 2011 to win their first six postseason road games.

Edmonton’s Connor McDavid scored the game’s first goal just 38 seconds in, and the Oilers then killed a five-minute penalty on Evander Kane for boarding Colorado’s Nazem Kadri, who did not return.

The Avalanche tied the game with 3:48 remaining in the first period when Darnell Nurse deflected a shot by Colorado’s Valeri Nichushkin past Edmonton’s Smith.

At 4:37 of the second period, Nichushkin, a 27-year-old Russian right wing, scored his second goal of the night past a screened Smith to give the Avalanche the lead.

Ryan McLeod responded for Edmonton with an unassisted goal 7:34 into the third period, tying the game at 2-2 and setting the stage for late drama.

Avalanche goaltender Pavel Francouz of the Czech Republic made 27 saves.