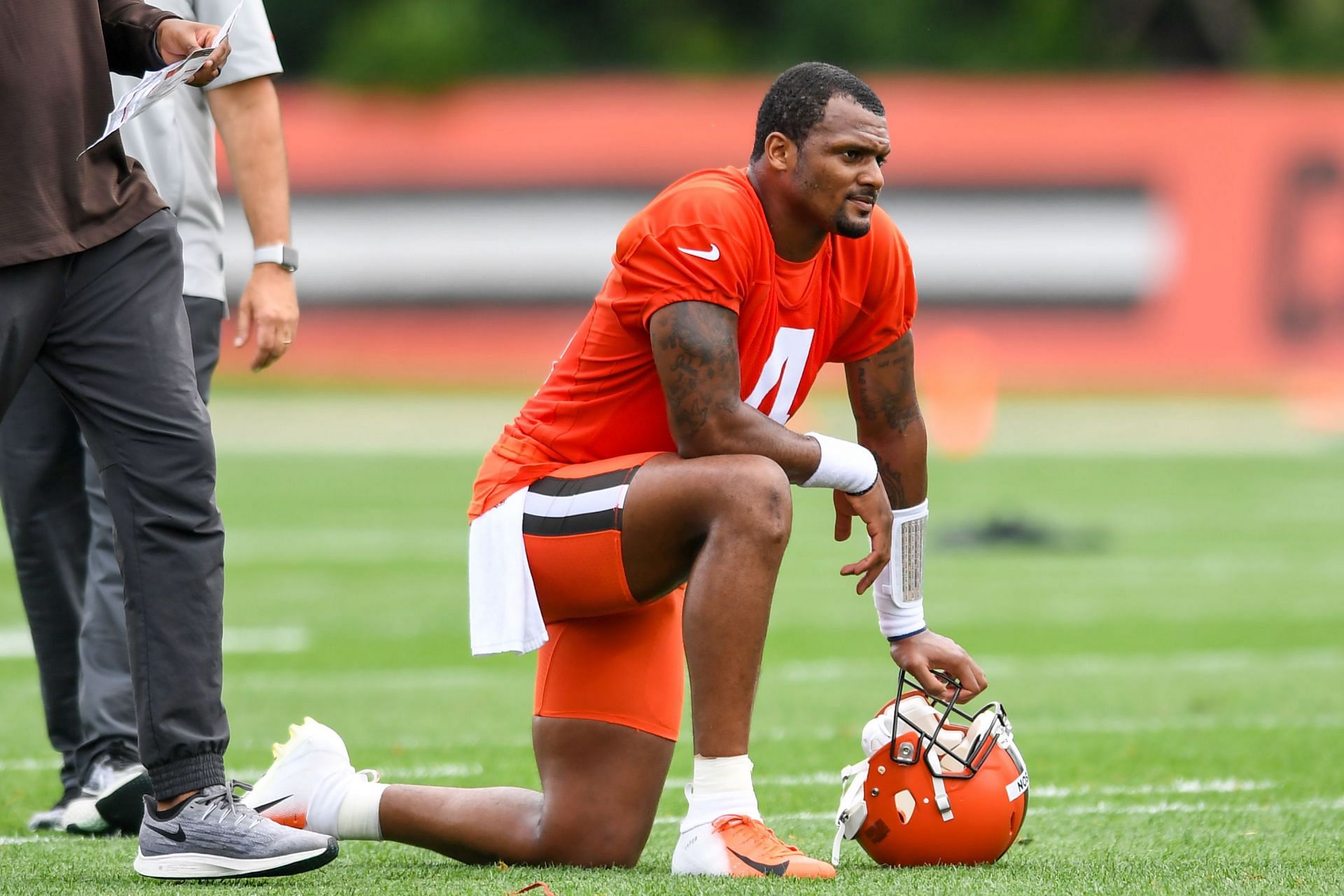 Deshaun Watson has been one of the biggest storylines of the 2022 NFL offseason and in the entire world of sports. He has been accused of sexual misconduct by 24 women. While he avoided being indicted on criminal charges, he still faced 24 civil lawsuits.

While 23 of the cases have since been settled out of court, Deshaun Watson recently received a six-game suspension from the NFL. They suspended the quarterback for violating their personal conduct policy.

He will miss about a third of the 2022 NFL season. This may seem lengthy at first, but not when compared to other suspensions that have been handed out in sports this year. Here are five examples.

The immunity prevented Harvey from ever being charged, but the MLB suspended him for 60 games for his involvement in the incident. Like Deshaun Watson and DeAndre Hopkins, the suspension spans about a third of one regular season.

Bauer was hit with a massive two-year suspension from the MLB, the longest ever suspension for domestic violence in MLB history. He also missed more than half of the 2021 MLB season while on administrative leave during the investigation. This will not be credited as time served. Bauer’s total time away will be more than seven times as long as Deshaun Watson.

Palkina received a massive 16 year suspension for participating in the scandal. Ten years of the suspension must be served immediately, essentially making this a career-ending ban, as she will be nearly 40 years old at the conclusion of it. This is obviously much longer than what Deshaun Watson received.