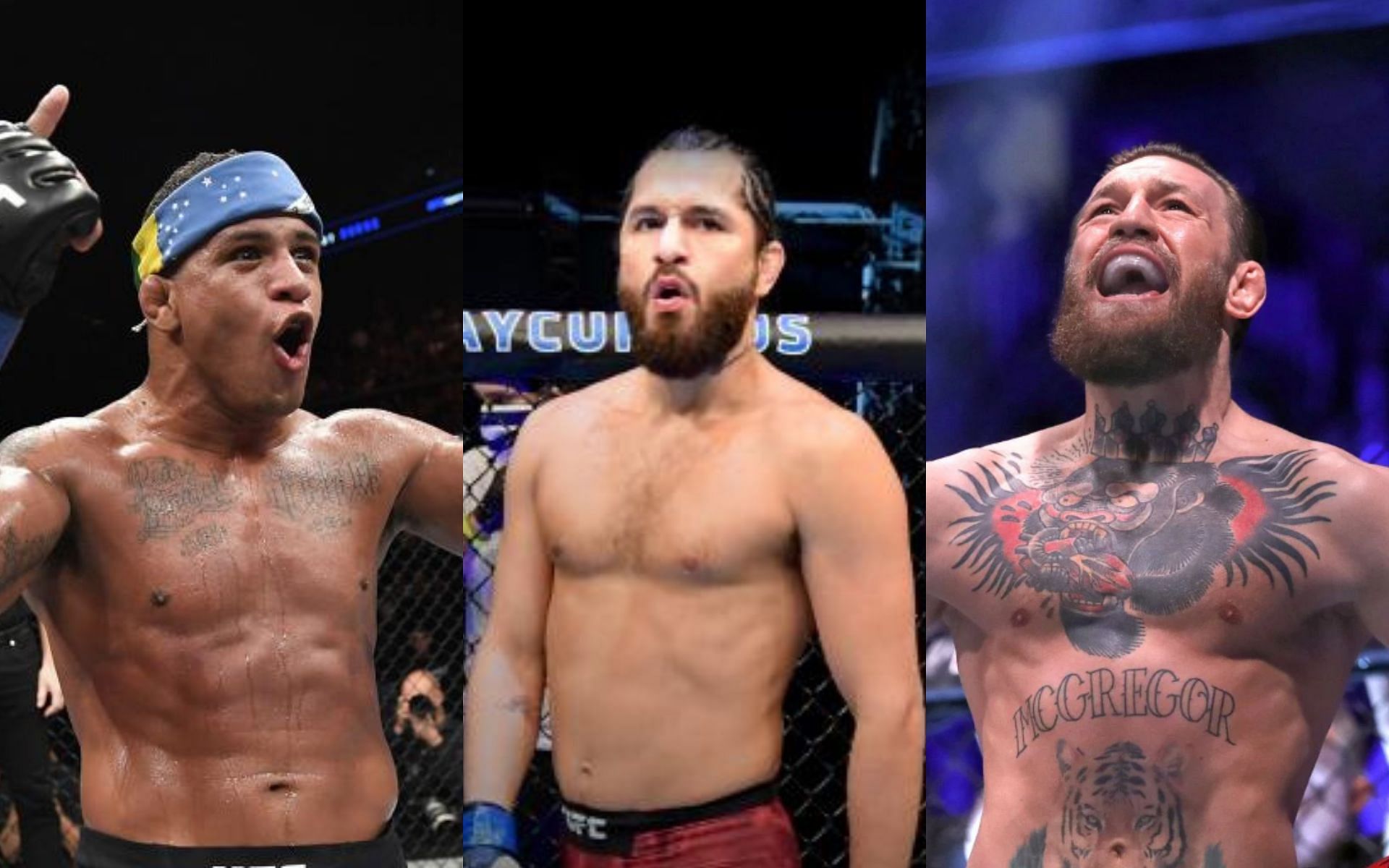 While sitting down to discuss his future, Jorge Masvidal named Conor McGregor and Gilbert Burns as the two ideal opponents for his eventual return to the octagon.

‘Gamebred’ is currently enduring the worst run of his professional MMA career, having lost all three of his last outings. Despite putting in some lackluster performances of late, the elite competition the 37-year-old has been facing for the past five years in the cage is nothing short of spectacular.

In a recent interview, when asked when he would be returning and who he wants to face next, Jorge Masvidal aired some of the frustration he has towards Conor McGregor in a bid to earn the illustrious ‘red panty night’ fight against the Irishman.

“I wish I could give an exact date on the calendar, as you know I got some legal issues, so some things are out of my hands, out of my control… I wouldn’t mind breaking somebody’s face, and you might have heard of his name. He sells that cheap a** whisky, he punches old people in bars. I’d really like to fu** this guy up. And also, it’s a big old paycheck.”

Masvidal continued, confirming that he would also enjoy being matched up against the dangerous Brazilian, Gilbert Burns.

“If I couldn’t get Conor [McGregor], obviously because he’s the biggest paycheck there, Gilbert Burns is another fight that I would love… Gilbert’s a fight that stylistically I want to do it, because I know the fans are just going to go nuts. If anybody that knows Gilbert and knows me knows man, that’s going to be fireworks wherever the fight goes… It’s gonna be fu****g fireworks.”

Check out what the American Top Team brawler had to say about his return to the UFC in the video below.

Since breaking his leg in the trilogy clash against Dustin Poirier, Conor McGregor has been pushing hard for his return. One thing fans have noticed is the size the lightweight has put on during his inactivity.

Speculation began circulating claiming the 33-year-old is ready to make a return to welterweight. While most suggested the former champ-champ would be thrust straight into the title picture, he may take a more favorable matchup first.

‘The Notorious’ and Jorge Masvidal have been at odds for some time. Although Dana White has previously denied a fight for the pair, testing the waters at 170lbs against a fellow striker may not be the worst decision he’s ever made.