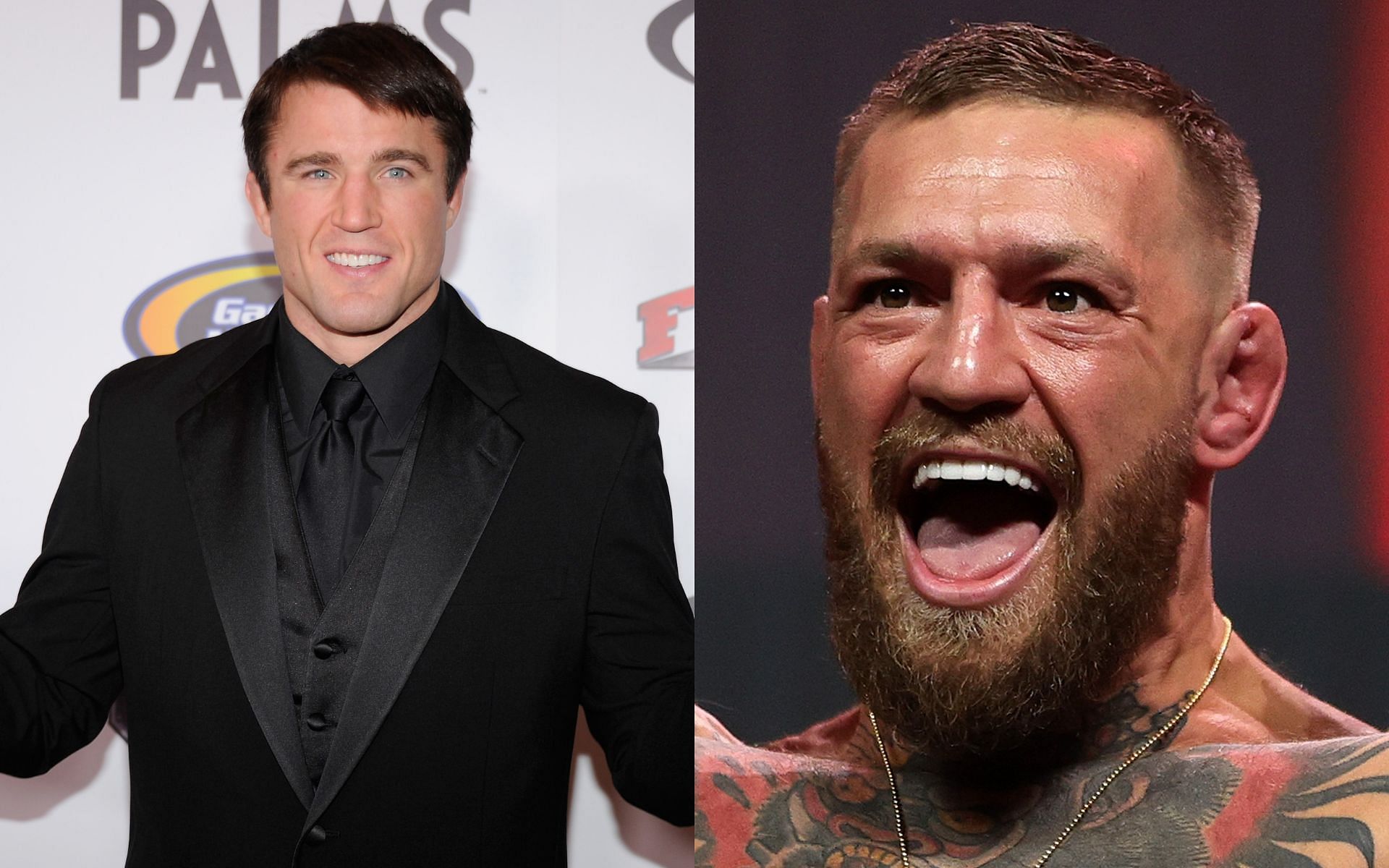 Former UFC featherweight and lightweight champion Conor McGregor last competed at UFC 264 in July 2021, when he faced Dustin Poirier at lightweight. McGregor lost the fight via first-round TKO after suffering a leg injury. He’s been out of action ever since.

Chael Sonnen believes that McGregor’s ongoing MMA hiatus will benefit him. In an edition of ‘Beyond the Fight,’ Sonnen suggested that McGregor was mentally exhausted thinking about fights against the same opponents in the UFC lightweight (155-pound) division over the past several years.

Sonnen opined that McGregor could think about potential matchups against new opponents at welterweight, rather than exhaust himself by preparing for his longtime lightweight foes.

At welterweight, McGregor could potentially match up against UFC champion Kamaru Usman, Colby Covington, or Leon Edwards. Emphasizing that the break and a possible change in weight classes would help McGregor’s mental wellbeing, Sonnen stated:

“Going to 170 isn’t him physically and actually going to 170. Just let him send his mind up to 170.” Sonnen added, “Get yourself somewhere else just to have a mental break. And I share that because this break has been very real for Conor. But it’s not the physical side that you’re looking at. It’s the mental side. So, there is very good reason why Conor would come back into the gym and be in beast mode.”

He expressed his agreement with McGregor’s head coach John Kavanagh who said that McGregor looked impressive in his recent return to the gym. Sonnen pointed out that the hiatus will rejuvenate McGregor physically and mentally.

Check out Sonnen’s comments at 3:06 in the video below:

Conor McGregor on a potential fight against Kamaru Usman

Conor McGregor will reportedly return no sooner than February/March 2023. Regardless, he’s been relentlessly calling for title shots at lightweight and welterweight.

Speaking to TheMacLife earlier this year, ’The Notorious’ addressed a potential welterweight title fight against Usman.

Conor McGregor insinuated that he could go down to lightweight but stated that he feels big, strong, and healthy at welterweight. Breaking down why he believes he can beat Kamaru Usman, McGregor said:

“I feel confident about Usman, [who’s] a jab, hoppy, sloppy orthodox wrestler with no submissions whatsoever. What’s he gonna do? Where’s the danger here? I don’t see a danger with him. His ground and pound isn’t strong.”