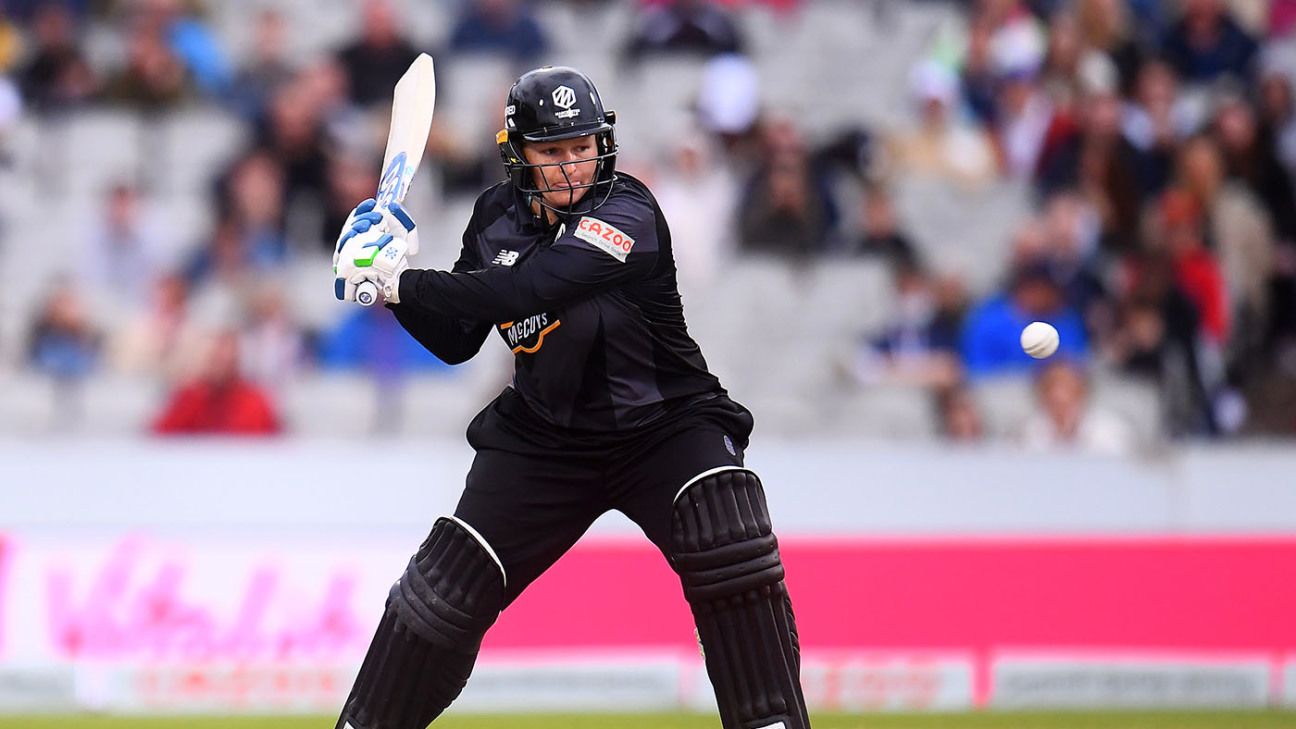 Lizelle Lee has accused Cricket South Africa of threatening to deny her an NOC to participate in The Hundred and said national coach Hilton Moreeng was aware of the organisation’s actions, which contributed to her retirement. Both Moreeng and CSA have rejected Lee’s assertions.
The opening batter stepped away from international cricket on July 8, saying she was “ready for the next phase of my career”, and would continue playing franchise T20 cricket but provided no other reasons for quitting until today. After Moreeng was asked at a press conference whether CSA’s alleged refusal to let Lee play in The Hundred led to her premature retirement, he said, “No comment, I was not aware of that.” Lee, however, tweeted that Moreeng “was definitely aware.” She also said, “I told him in person and it was said in a meeting with CSA”, but clarified that Moreeng “was not in that meeting.”

ESPNcricinfo understands that CSA was not intending to prevent Lee from participating in The Hundred, but was concerned with a perceived lack of discipline, including not being on time for the team schedule and having a disrupting influence on others. Efforts to bring Lee in line with her team-mates were attempted but failed, leading to her retirement. Sources confirmed to ESPNcricinfo that CSA is willing to provide NOCs to all its players contracted to teams in The Hundred, as usual. The tournament does not clash with any of South Africa’s other engagements.

Lee, who missed South Africa’s recently completed series in Ireland as she recovered from Covid-19, traveled to England and played in the one-off Test. She also played in the warm-up match against England A on July 4. Four days later, she announced her retirement, which blindsided everyone from Marizanne Kapp to Moreeng. “The retirement came as a shock for everyone. It’s not anything anyone expected to happen, especially on a tour that we were looking forward to,” Moreeng said. “It caught everyone by surprise.”

Moreeng went on to praise Lee’s contribution over the last nine years, which included two Tests, 100 ODIs and 82 T20Is and, at one stage saw her ranked No.1 in the world among batters in ODI cricket.

“Like she highlighted in her statement, she has given her all for the country, she’s enjoyed it and we also enjoyed having her as a player, the players have enjoyed having her as a team-mate and she had an incredible career,” Moreeng said. “At the end of the day, we need to respect the player’s decision although it is tough on everyone, because we didn’t foresee it was going to happen so quickly. We knew that one of these days it’s going to happen and now it’s for us to respect it and just give her some space. She’s made her decision. We thank her for the time she has given to the Proteas and she will always be remembered as one of those that played incredible cricket for the country.”

Lee’s absence has affected South Africa’s batting and headspace, as Kapp confirmed after their loss on Friday night. South Africa have been bowled out for under 225 in both matches and their line-up has appeared listless. Moreeng recognised their shortcomings but stressed that it would be difficult to find someone in Lee’s mould immediately.

“To try and replace Lizelle is not something that can happen overnight. There are players that are capable and they can still take the game forward but they need to be scoring consistently,” he said. “Lizelle is not a player you can replace overnight because of how explosive and dynamic she was. In the future hopefully we will find a similar player who can go out and be as explosive as her.”