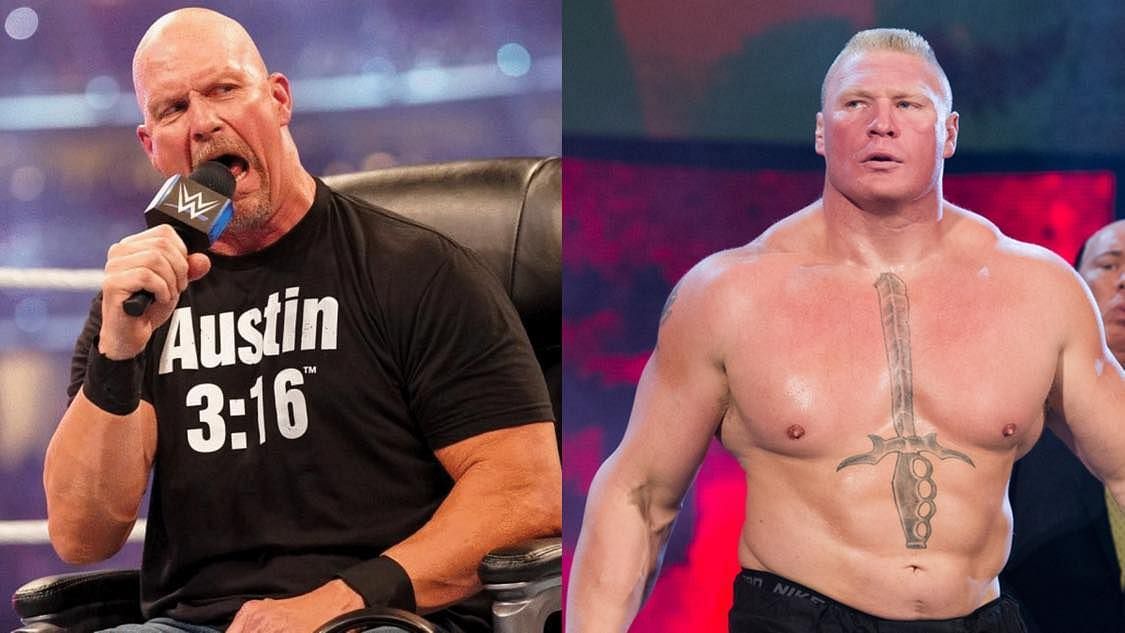 While Heyman has worked closely with Austin and Lesnar before, the legendary manager is currently aligned with The Tribal Chief. Under the veteran promoter’s tutelage, Reigns has held the Universal Championship for over 750 days.

“Make no mistake about this ok. Brock Lesnar, one of the best, Stone Cold Steve Austin, one of the best, everyone i’ve ever worked with, amongst the best. Roman Reigns is the single greatest champion, performer, fighter, wrestler, sports entertainer I’ve ever encountered in my entire career, he is the undisputed greatest of all time,” said Heyman. (From 0:03 to 0:30)

Roman Reigns and Heyman’s attendance at the press conference was to promote The Tribal Chief’s next title defense, which will see the champion face off against Logan Paul at Crown Jewel 2022.

The Tribal Chief has been the face of the company for half a decade after his iconic main roster debut in 2012. While he has had iconic feuds against legends like John Cena, Randy Orton, and The Undertaker, there is one name that stands above the rest as his biggest rival.

“Me and Brock we’ve main evented a bunch of huge shows together. I mean, we covered pretty much the full calendar year, to dotting through it. Big pay-per-views, WrestleMania main event, so I would definitely say he’s been thus far my biggest rival,” said Reigns. (H/T Sportskeeda)

Following on from their most recent showdown at SummerSlam, Lesnar has taken some time away from the business, with fans eager to see when he will return. Meanwhile, Reigns has continued to build on his impressive run as the Undisputed Universal Champion.

How would you like to see Brock Lesnar return to WWE? Let us know in the comments section below.

If you use the quotes, please credit Matt Kempke and give a H/T to Sportskeeda Wrestling for the transcription.