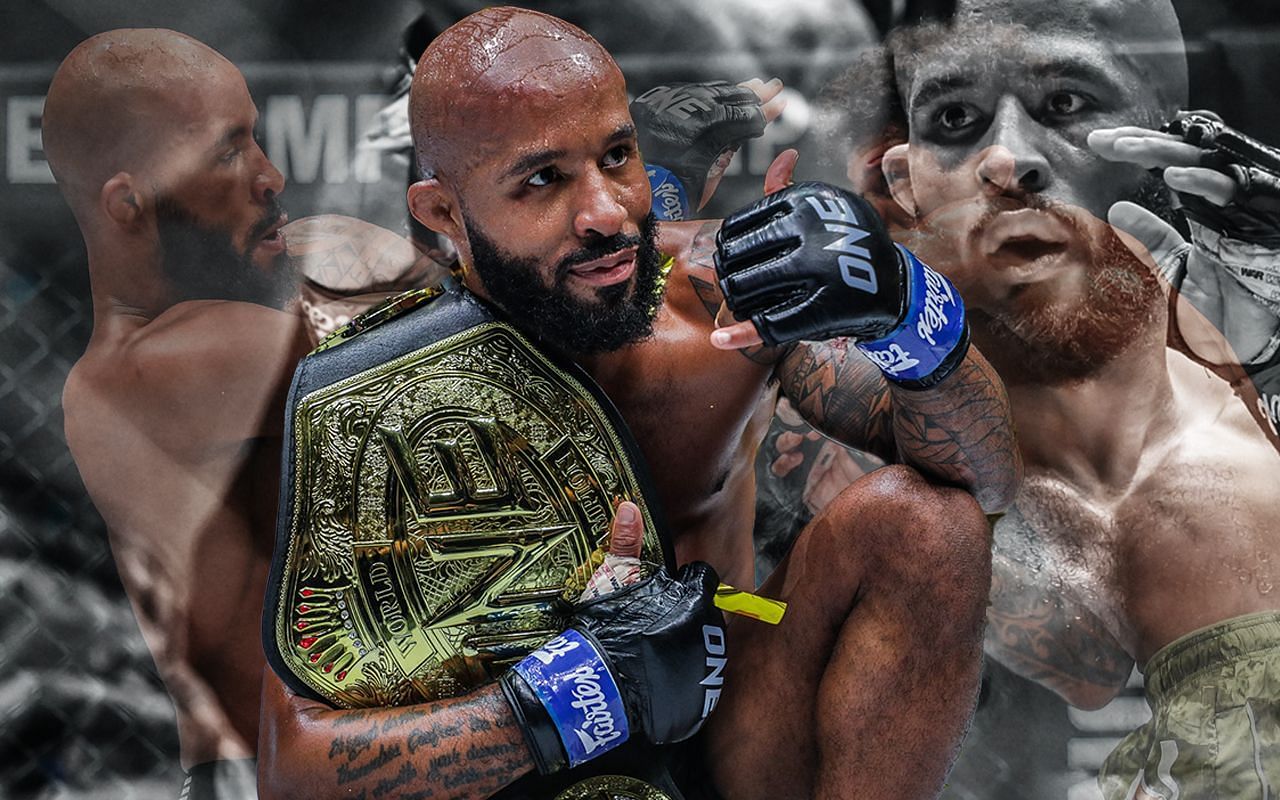 Demetrious Johnson has established himself as one of the greatest pound-for-pound mixed martial artists in the world. ‘Mighty Mouse’ once again proved why he has earned that distinction with an insane fourth-round knockout of Adriano Moraes at ONE on Prime Video 1 to capture the ONE flyweight world championship.

However, MMA wasn’t always the path for ‘DJ’. In an interview with Mouse Jones on YouTube, the flyweight great spoke about competing in football in high school and some of the frustrations that came with playing a team sport and being reliant on the work ethic of others:

“I always hated being punished for other people’s ignorance. Where I come from, there’s a huge drug problem, like marijuana. This was before marijuana was legal.”

‘Mighty Mouse’ spoke about a situation where players on his high school football team were more interested in getting high in the school bathroom instead of putting in work on the field. That was something that did not sit well with a motivated athlete like Demetrious Johnson and is what ultimately led him down the path of MMA:

“Mixed martial arts is a team sport but I’m going out there and competing by myself. I think wrestling led me into that because wrestling’s the same way – you train as a team but if homeboy’s in the bathroom getting high, he’s going to get in trouble for that because I can still practice without him. In football, you can’t practice if the f***ing quarterback’s in the back taking a rip. He’s like ‘where’s the quarterback?’ I was like ‘he’s in the bathroom coach he’s been in there for 20 minutes, what do you want me to do?.’”

“That’s what kind of traced me to wrestling and wrestling led me to mixed martial arts.”

Watch Johnson’s best moments inside the circle below:

When Demetrious Johnson blasted Adriano Moraes with a knee that would end their rematch on Prime Video 1, ‘Mighty Mouse’ not only earned his first piece of ONE Championship gold, he effectively settled any debate as to who the greatest flyweight fighter in the world is.

John Dodson, a former two-time opponent of Johnson, is willing to go one step ahead, calling ‘DJ’ the greatest MMA fighter of all time.

In an interview with TMZ Sports, Dodson spoke about his former opponent and opined that Demetrious Johnson is the most well-rounded fighter the world has ever seen:

“To be honest with you, I put him above Jon Jones and I know Jon Jones is my teammate and training partner… I’m not saying it because he beat me, but Demetrius Johnson is the most well-rounded mixed martial artist that the world has seen. He’s the only one I’ve known that’s combined it so well between his wrestling, striking, and also in his jiu-jitsu. He’s been so creative with how he gets submission, how he wants to go and finish people and he’s just a very intelligent fighter.”