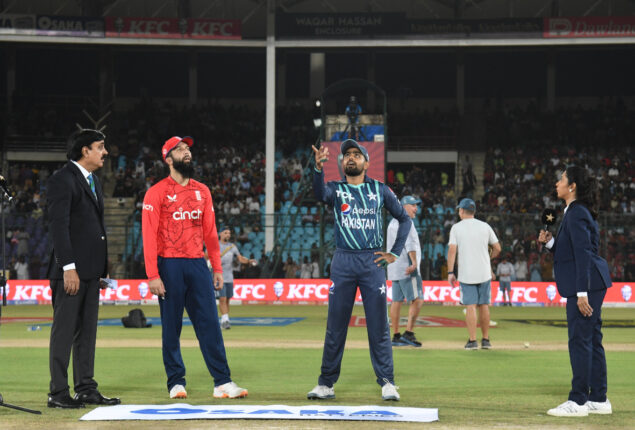 The game will take place at the National Stadium in Karachi.

England beat Pakistan by six wickets in the first match.

England captain Moeen Ali won the toss and opted to bat in the second T20 international against Pakistan today.

The game will take place at the National Stadium in Karachi on Thursday.

England, who are on their first tour of Pakistan after 17 years, will have an upper hand after their first victory on Tuesday.

The tourists defeated Pakistan in the first match by six wickets. Wicketkeeper-batsman Muhammad Rizwan called upon the cricket fans to condone the mistakes and the match loss as the team is trying new combinations.

We have WON the toss and will BAT first! 🏴󠁧󠁢󠁥󠁮󠁧󠁿#ENGvPAK | @IGCom

Raul Rosas has become the youngest fighter in UFC history. The 17-year-old…