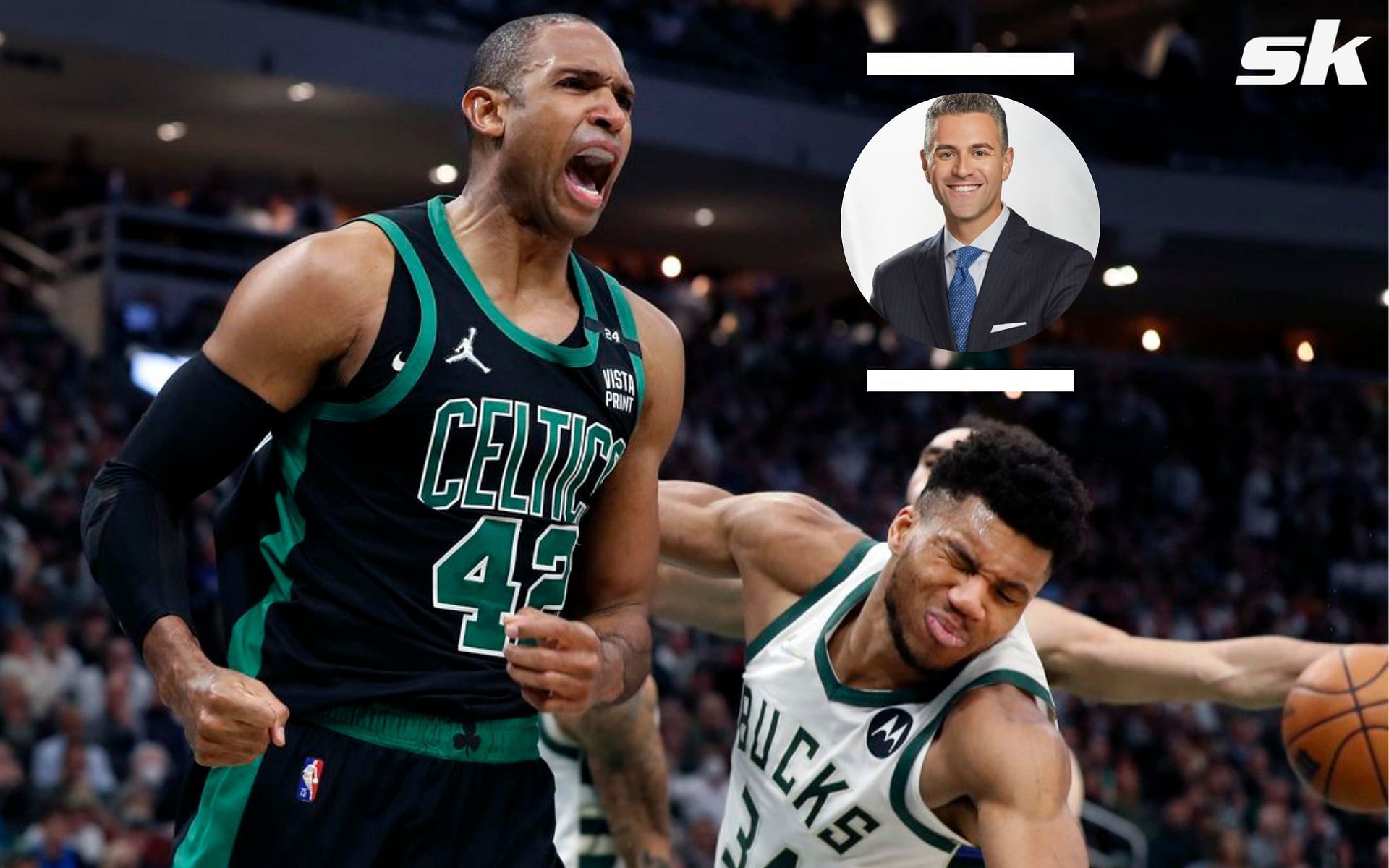 It has been a roller-coaster of emotions for Boston Celtics big man Al Horford in the last few weeks. Talk about the ultimate high and the ultimate low coming just days apart.

Al Horford’s NBA Finals story: Years of wait, a death in the family, and more

Al Horford lost his grandfather, who he was very close with, and this personal loss happened during the Eastern Conference playoffs against the Miami Heat, and only days later, Horford clinched his first ever trip to the NBA Finals.

An emotional Al Horford was still grieving from the death of his grandfather José Reynoso Núñez as he played in Game 6 and Game 7 of the said series before his first-ever Finals trip in a career spanning no less than 15 seasons in the NBA, which includes playing 141 playoff games.

Al Horford makes it to his FIRST NBA Finals

15 seasons.Al Horford makes it to his FIRST NBA Finals 💚 https://t.co/5QcygB8UxM

Needless to say, his grandfather would be proud to watch his grandson achieve such success.

It took Al Horford longer to get to the NBA Finals than any other player in NBA history, and he certainly made up for lost time. He was a star in his Finals debut, helping Boston win Game 1 in San Francisco over the experienced Golden State Warriors, whose current unit knows a thing or two themselves about winning a championship.

Al Horford hit a career-high 6 threes in Game 1 of the NBA Finals. It was the highest no. of made 3s ever recorded in a Finals debut. He finished with a team-high 26 points in the win. He proceeded to flex his muscles and didn’t hold back his emotions as he led his Boston outfit to a big-time win.

HE WANTS A RING.

“I just think that it’s the playoffs, you know moments, a lot of emotion into these games, a lot of emotions, and I feel like as we keep going along, it just keeps getting more intense”, Al Horford spoke to Sportskeeda about the emotional moment. “It’s fun, and I’m really enjoying it out there. Yeah, just kind of letting some stuff out now.”

Horford on having his son with him on the big stage

Horford not only shared the stage with his teammates but also his son, who stole the show and father Horford wouldn’t have it any other way.

Al Horford’s son was on the court immediately after his father’s epic Game 1 performance and they held hands as they walked off. Horford even brought him to his post-game press conference to share the moment he has waited for his entire 15-year NBA career so far.

“He just happened to be with me after the game today. He was sitting by the bench. He’s here hanging out with me. I asked him if he wanted to come up, and he said, “Yeah”. So, here he is”, Horford proudly spoke about his son being on hand.

Birthday boy Al Horford has the support of friends, family, and teammates

The win was an early birthday present, as Al Horford celebrated his 36th birthday a day later. His phone on Friday was buzzing left and right, with countless “Happy birthday” text messages. The Celtics star celebrated with his family in San Francisco where he went sightseeing and enjoyed a nice meal with them.

More on Al Horford’s family and their support for the Celtics star in this Sportskeeda exclusive article: Exclusive: “They were ready for this; We’re enjoying this one!” – 15-year NBA veteran Al Horford on the support he received from family and native country for making first-ever NBA Finals trip

“We were ecstatic for him. Al is the OG, man. He puts in the work. Don’t nobody deserve to be here more than him. The way that he carries himself professionally, the professionalism he comes to this game with every day, we knew it was only a matter of time for him to have a big game and continued to have a big game,” Celtics teammate Marcus Smart said of Horford. “That’s what he does. That’s what he’s been doing. He’s been that catalyst for us this whole year.”

Horford is grateful for this opportunity because the last few years have been beyond frustrating for him.

“Just grateful for this opportunity. It’s just going out there and playing basketball at the end of the day. That’s just what it is,” a smiling Horford mentioned to Sportskeeda. “Just grateful to be in this position. God has put me in this position, and it’s something that I embrace and I’m excited about. Just excited to be able to share this stage with these group of guys. We have a lot of great guys here, guys that have really bought into what we’re trying to do.”

“It’s just fun to see all that come together.”

He was just 6 years old when he started playing basketball in the Dominican Republic. Despite baseball being the country’s dominant sport, Horford was drawn to basketball, like his father Tito Horford – who also played in the NBA.

“Just kind of bring myself back down and understood that it’s only one game and there’s still a lot of work ahead,” Horford spoke to Sportskeeda, ahead of Game 2 against the Golden State Warriors.

“Al is like the best teammate ever. The ultimate professional… Al just wants to win.”

“Al is like the best teammate ever. The ultimate professional… Al just wants to win.”@jaytatum0 on Al Horford. https://t.co/MsJCcfF3b8

The Celtics are well aware of the mammoth task that lies ahead and one can only imagine what it’d mean for Al Horford to win a ring and overcome his hardships in spectacular fashion.