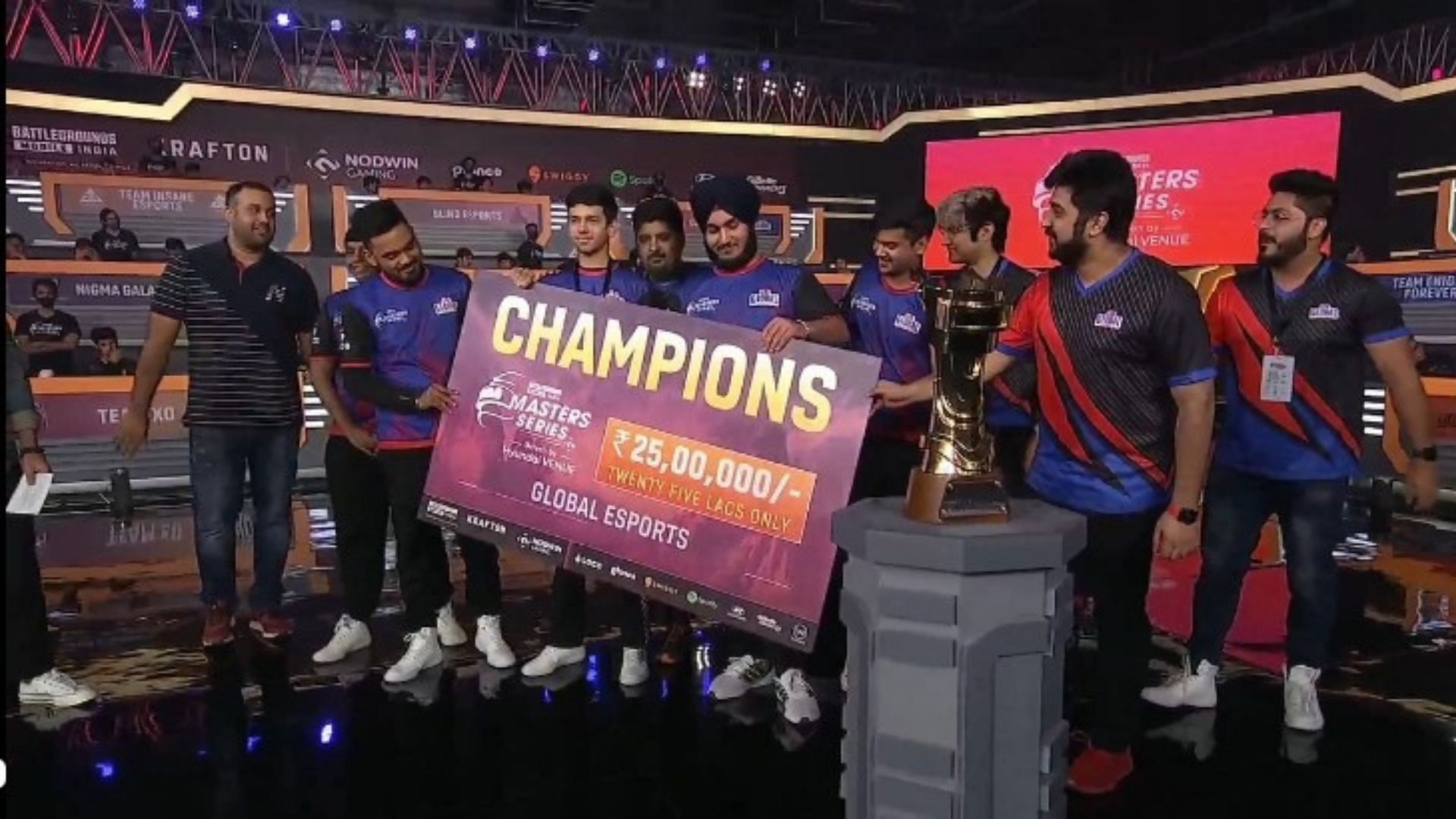 Global Esports lifted the BGMI Masters Series trophy in emphatic fashion, meeting the expectations of their fans. The side garnered 201 points and 100 kills in 20 matches played across three maps and took home 25 lakhs INR in prize money. The team was in fifth place after Day 4 but they bounced back today, July 17, with an impressive performance.

GodLike Esports slipped to second place after being consistent throughout the finals. The side collected 197 points and 103 kills in the finals and walked away with the runner-up prize of 12 lakhs.

Orangutan managed to secure third place with 192 points, including 79 kills and three chicken dinners. On the other hand, fan-favorite Team Soul has seen bad performances in the last two days and finished sixth in the overall standings.

Jonathan emerged as the MVP in the finals and received 50,000 in prize money, while Team Soul won the fan-favorite team award.

Team Enigma Forever, led by star player Owais, put up a brilliant performance in the first match and won a chicken dinner with 12 kills. Following them in second place was Skylightz, who showed good rotation and grabbed 10 kills. Team GodLike made late rotations to get the third rank with six frags, while Orangutan and Soul were eliminated early.

The last zone of the third match favored Blind Esports, and they embraced the advantage, securing a chicken dinner with 11 kills. 8Bit also performed well to secure second place with nine frags, while Enigma Forever once again made it to the top three with four frags. Team Soul and GodLike collected five and three points, respectively.

The final match of the event was claimed by OR Esports with 11 finishes. Global Esports claimed 20 points in the match, which helped them get the trophy in the Masters Series. Orangutan collected eight points, which came from their position points.