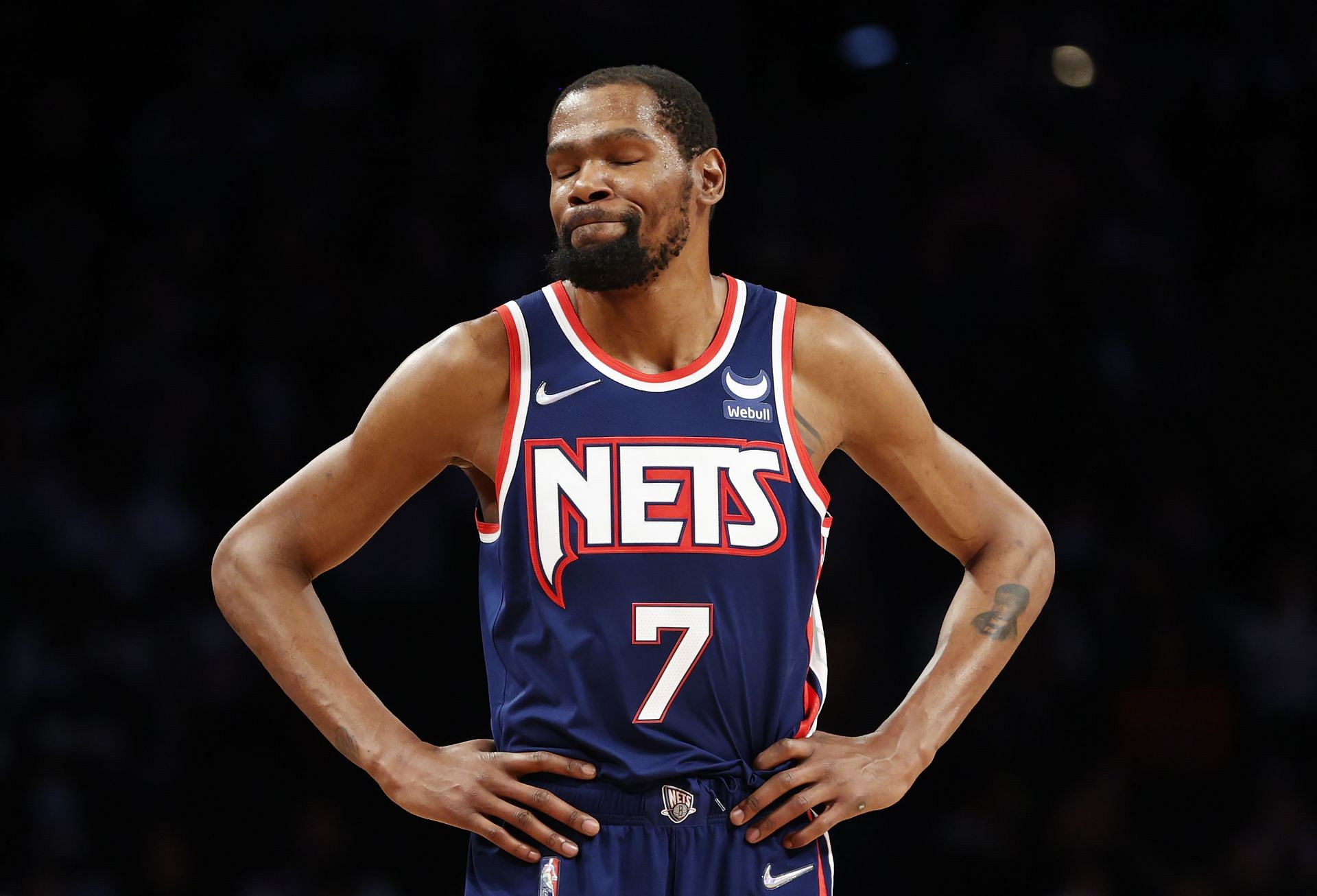 The NBA community has been shocked that the Brooklyn Nets‘ super team might get dismantled this offseason. Kyrie Irving has reportedly failed to come to terms with the franchise and has prepared a wish list for a sign-and-trade. The LA Lakers, LA Clippers and Miami Heat made the list.

While Irving wants a long-term contract, the Nets are not looking to commit to that given his recent history. The All-Star guard played only 29 games last season due to his refusal to take the COVID-19 vaccination.

With reports of Irving looking to move elsewhere, Durant said he cannot be involved in Irving’s “livelihood.” Perkins thinks that a laid-back approach should not be employed in this situation.

“Here’s my thing when it comes down to KD that I just can’t wrap my finger around and understand,” he continued. “When it comes to him holding his teammates, and ‘brothers’ accountable for their actions like a Kyrie Irving, or like a James Harden, or any of those guys, he’s very hesitant, and he’s very quiet, and he’s so just very supportive.

“Hell, he tries to come at Stephen A. and myself more in the media and on Twitter than he does his own teammates, and that’s crazy to me. At what point is KD gonna stop being so damn friendly?

“He always is giving of himself. He’s always losing himself in the team, which is a good thing when you are a role player. But sometimes, you have to be selfish if you a franchise player.”

Perkins believes KD needs to be selfish, stating the need for him to demand that people show up to work. He concluded:

“The truth of the matter is this, KD has to take a stance when it comes to Kyrie Irving and stop being so damn friendly because he don’t have that much of his career left.”

Durant and Irving have been teammates for three years and have yet to win a title together. Although KD missed his first season with the Nets due to injury, they have failed to make deep runs in the playoffs on two occasions.

Durant joined the Nets in 2019 and has already signed a $194 million four-year max extension. Although the contract ought to keep him in Brooklyn until 2026, the four-time scoring champ might demand a trade.

Kevin Durant listed his preferred destinations if he gets Traded:

Irving played a key role in recruiting him, which is why his decision to leave, if the All-Star guard does, would be understandable.

As free agency commences, things will become clearer regarding the future of both players. If all parties do not agree, we might experience one of the most intriguing offseasons in a while.