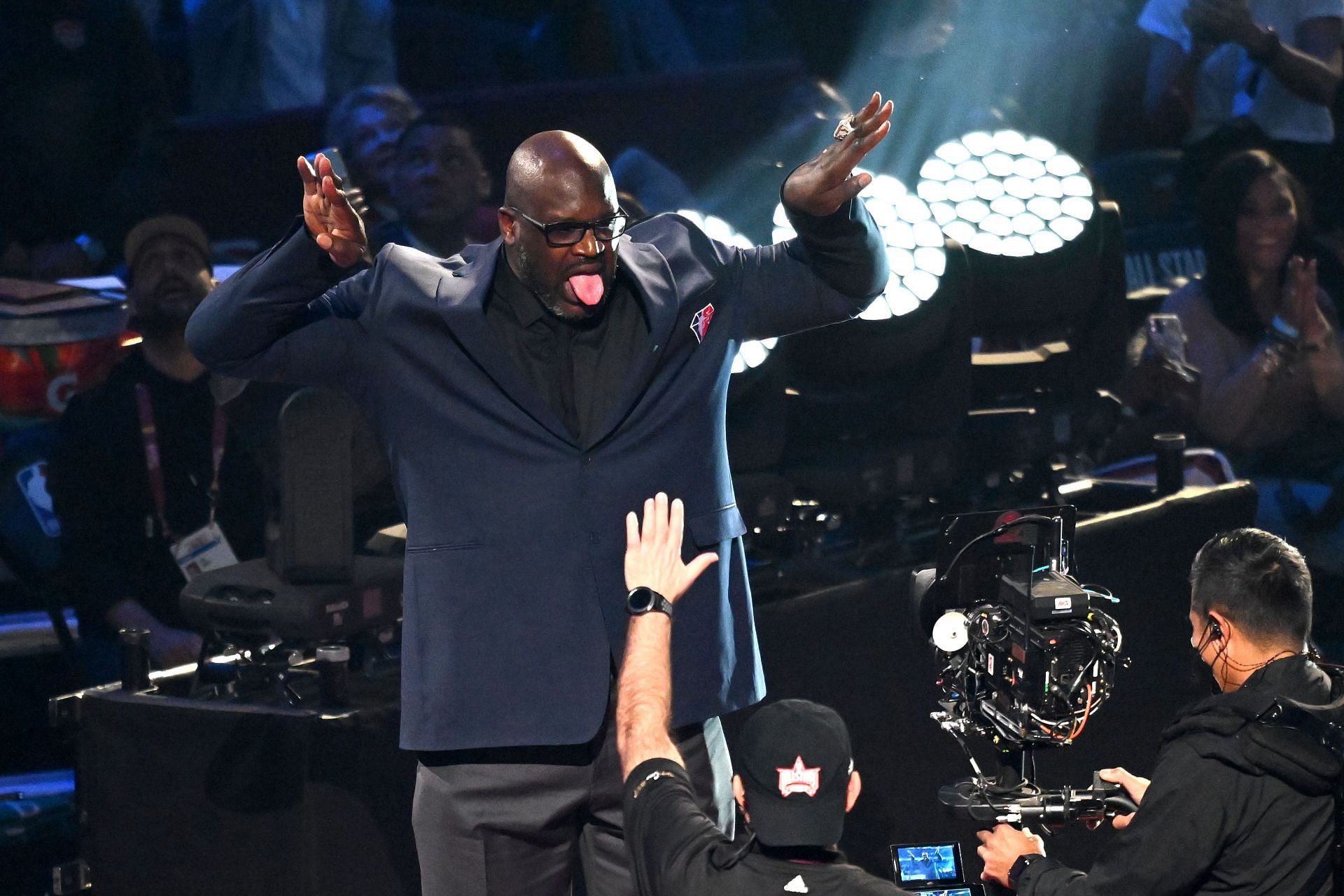 During his time in the NBA, Shaquille O’Neal dominated on the court and served others off the court (his philanthropy).

His ferocity within the paint and under the rim was second to none. The former LA Lakers center allegedly broke twelve backboards. Due to his ongoing destruction of the backboards, the NBA introduced the upgraded “Shaq-proof” backboards.

Shaq’s “Broken Rim Tree” is made from all the backboards he’s ever broken. (via @SHAQ / Instagram)

Shaq’s “Broken Rim Tree” is made from all the backboards he’s ever broken. (via @SHAQ / Instagram) https://t.co/QA8iV1x7wB

In their first encounter, former NBA big man Glen Davis recounted his experience wrestling with O’Neal. He revealed how Shaq requested that he step outside after having dinner at his place.

“Went to dinner with him at his house eating spaghetti and then Shaq goes out of nowhere and he was like ‘let’s go outside,'” Davis said. “And then he’s like all right let’s get down. You know how you wrestle, you get into a position, so I’m in the position.”

He shared how he picked up the Hall of Famer and “slammed” him just as a wrestler would. He also recounted the shock exhibited by Shaq as he referenced him as a “big ass kid.”

“And I’m like grabbing him and holding them and next thing you know I slam him down like a wrestler and he was like ‘god damn you know you’re big ass kid.’ So that’s how me and his relationship really started,” Davis continued.

Is Shaquille O’Neal the most dominant player in NBA history?

Many regard Shaquille O’Neal as the most dominant player in the history of the NBA. His bully-ball style of play made him almost unstoppable. He scored a career total of 28,596 points, ahead of legendary centers like Hakeem Olajuwon and Tim Duncan.

With several quality centers in the league then, O’Neal’s talent was unmatchable. He won every notable award and joined the 75 all-time greatest players in the NBA this past season.