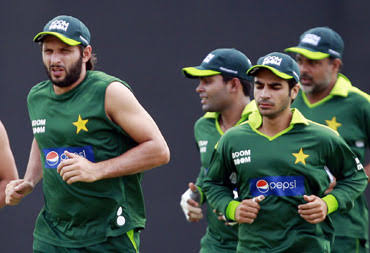 It started with the release of Afridi’s autobiography ‘Game Changer’ in April 2019. In his book, the former Pakistan skipper mentioned about the instances of harsh treatment by senior players during his time as a player.

Afridi had accused former Pakistan coach Javed Miandad of not letting him bat in the nets ahead of Pakistan’s Test match against India in Chennai in 1999.

Former Pakistan pacer Shoaib Akhtar, who played with Afridi for more than a decade, came in support of his ex-teammate just after he made those assertions.

In May 2019, Akhtar shared an incident from 2007-08, when Afridi was asked to return back from the camp after rifts with Butt and then team manager Talat Ali.

“It so happened that we were returning on the bus from training and I was sitting with Salman Butt upfront. Afridi came inside and asked Butt to vacate the seat to which Talat lost his cool and questioned why Butt should leave his seat,” Akhtar had said in a TV programme ‘Game On Hai’.

“Afridi also exchanged some words with Talat. Later that night Shoaib Malik told me they had decided to send Afridi back home because of the incident. I then took up the issue with Talat sahab and the Pakistan Cricket Board (PCB).

“I think Shahid Afridi has written less in his book about the harsh treatment he received from senior players during his playing days. I witnessed some of it with my own eyes and totally agree with him,” he added.

Three years after those revelations by Afridi and Akhtar, Butt clarified that Afridi was his senior player and their argument was led because of a misunderstanding between them.

“Every team has at least one such incident to tell. He (Afridi) was my senior. He was not a friend but treated me well at times. We had good exchanges too. But sometimes a bit of misunderstanding happens between two players. These things should not be shared publicly,” Butt said on his official YouTube channel.

Butt made his international debut for Pakistan in 2003, seven years after Afridi made his debut in 1996 in an ODI match against Kenya.

Also Read: You Are Sending Bowlers Ahead Of Him – Salman Butt Unhappy With Pakistan’s Management Of Khushdil Shah