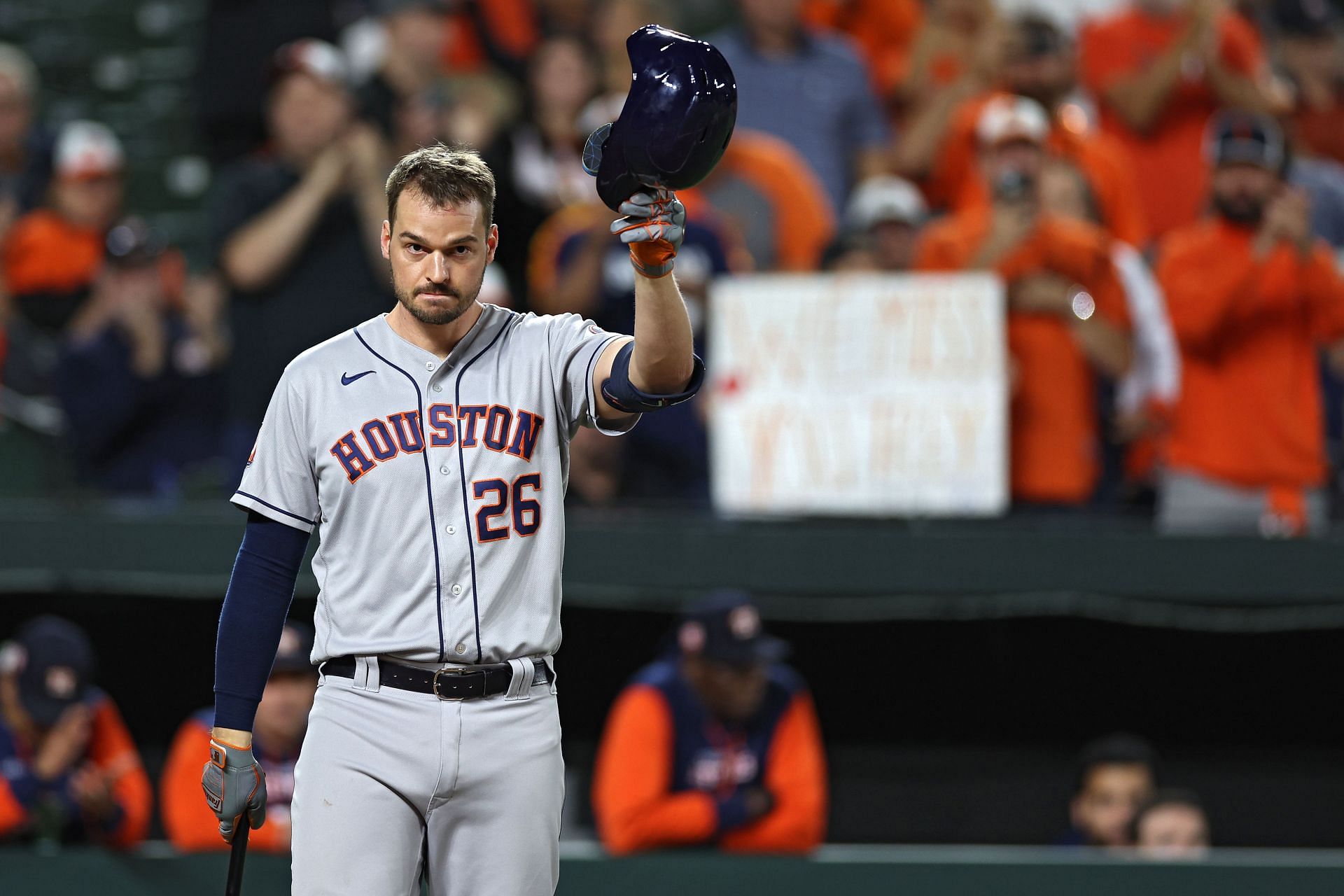 The Houston Astros are on the road playing the Baltimore Orioles, and Trey Mancini was given an ovation for the ages. Mancini spent six years playing for the Orioles before being traded to the Astros at the trade deadline this season. During his time in Baltimore, Mancini’s story of determination and his personality endeared him to the city.

He was the face of the Orioles franchise, and every fan hated to see him leave; though they understood why it had to be done. The Baltimore Orioles are looking to build, and Trey Mancini likely wants a chance to win a championship. Being with the Houston Astros gives him a great chance at accomplishing just that.

Talkin’ Baseball posted a video to Twitter of the warm welcome given to Manici in his homecoming.

This is one of those rare moments that feels bigger than baseball, and fans around the MLB love to see it.

Few players are as beloved as Trey Mancini, which even applies to his former teams.

Trey Mancini has a special place in the hearts of Orioles fans, and he will never be forgotten in Baltimore.

The Orioles have been surprisingly competitive since trading Mancini; an outcome that was certainly unexpected.

Baseball brings multiple beautiful moments like this every season, and every single one is memorable.

Mancini has been electric with the Houston Astros and should be instrumental in their playoff run.

Few players in the MLB deserve an ovation like this more than Trey Mancini. Mancini spent years as the best player on a struggling team and handled it with grace and professionalism. He left the team in a far better state than he found it, and his on-field efforts will be commended forever.

Mancini’s return to Camden Yards as a member of the Astros is not something that anybody would have predicted at the start of the season.