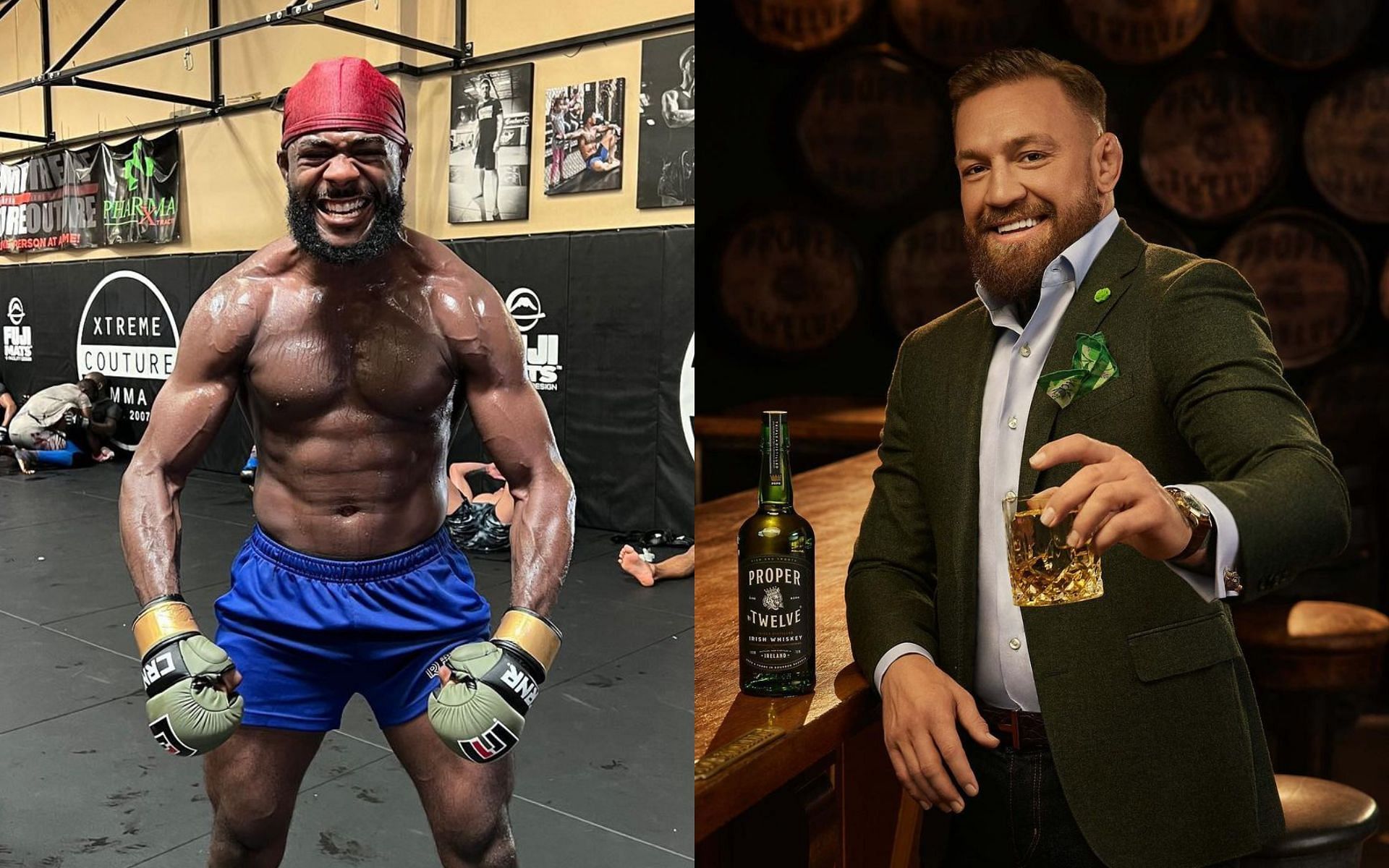 Aljamain Sterling has previously spoken about his plans to get into the rum business.

Appearing on an edition of Pub Talk with The Mac Life’s Oscar Willis, the UFC bantamweight champion sought business advice from former UFC dual-weight champion and savvy businessman Conor McGregor. The 32-year-old stated that he hopes for the Irishman to respond when he reaches out to him via DM:

“Hey, I might need some help with my rum company so I might slide in your DMs, in your DMs. I hope you respond.”

Catch Aljamain Sterling’s interaction with The Mac Life below:

Aljamain Sterling had one of the biggest achievements of his MMA career when he successfully defended his bantamweight gold in April. However, ‘Funk Master’ is aiming for more success outside of the octagon as he hopes to follow in the footsteps of Conor McGregor.

‘The Notorious’ topped Forbes’ annual list of highest-paid athletes in 2021, with earnings of $180 million. This was after he sold the majority stake in his Proper No. Twelve Irish Whiskey brand for a reported $600 million.

Aljamain Sterling managed to cement his hold on the bantamweight crown when he defeated Petr Yan via split-decision at UFC 273. The 32-year-old now looks set to solidify his status as the champion by taking on top challengers in the division. There have been rumors online suggesting that TJ Dillashaw could be the next challenger for the title.

During the same interview, Sterling revealed that he is open to facing TJ Dillashaw in his next title defense. The champion added that nothing has been made official yet, but he is open to discussing the potential bout with the UFC president and matchmakers:

TJ Dillashaw will look to become a three-time bantamweight champion if he takes on Sterling in the future. The Californian captured the gold for the first time in 2014 before winning it again in 2017. The 36-year-old’s most recent fight in the octagon was a split-decision win over Cory Sandhagen in July 2021.