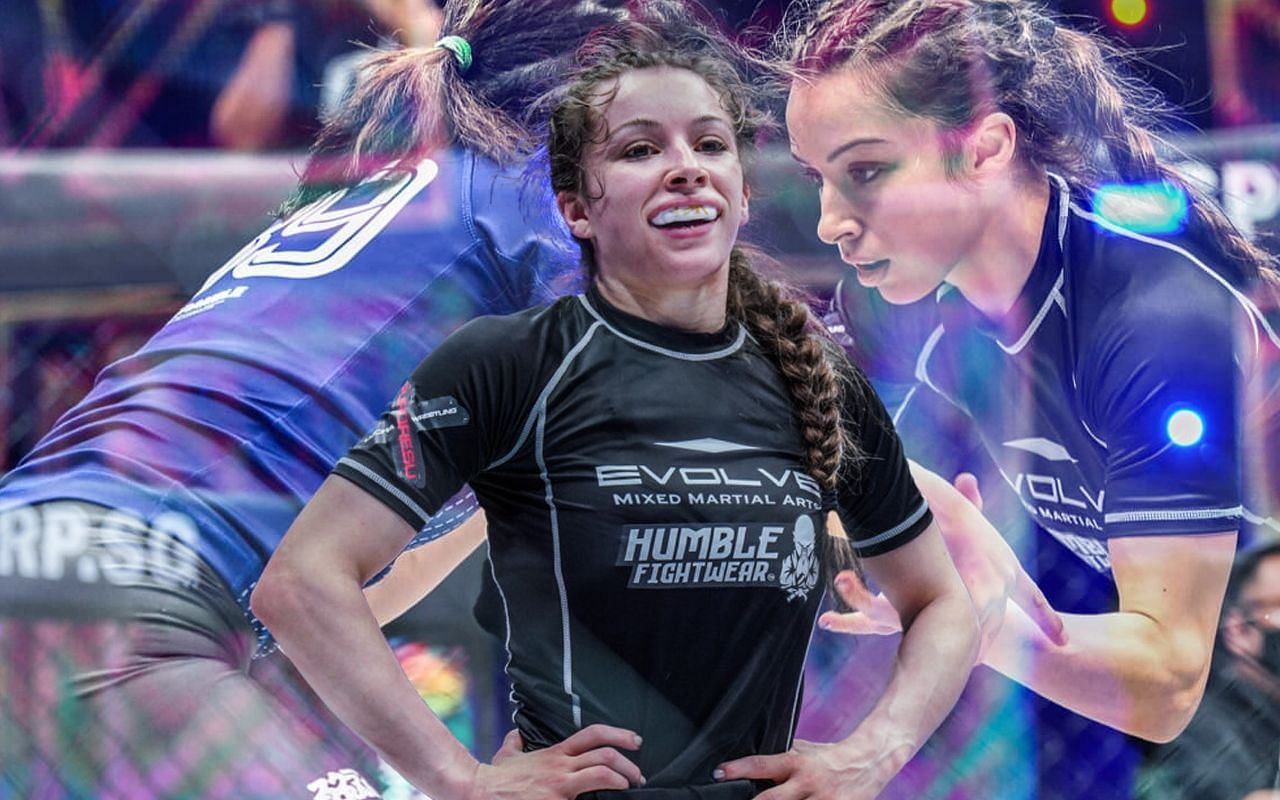 BJJ star Danielle Kelly’s inevitable transition to MMA is getting closer to reality as she looks to make the move by 2023.

Kelly was present at one of the biggest grappling events of the year, the 2022 ADCC World Championships, but as a spectator rather than a competitor this time.

The event, which counts ONE Championship as one of its major sponsors, brought together some of the sport’s biggest names, whether in the crowd or on the mats. Like Kelly, former ONE bantamweight world champion Bibiano Fernandes was also present, while 19-year-old Kade Ruotolo was crowned the youngest-ever ADCC world champion during the weekend-long event.

MMA journalist The Schmo caught up with Danielle Kelly and asked her a few questions about her career and future plans. When asked about her move to MMA, the American grappler said:

“Hopefully soon, I’ll have like one or two more jiu-jitsu matches and then maybe I’ll focus on my first MMA fight next year. I just want to compete in jiu-jitsu first, and then sometime next year I want to make the move to MMA.”

After an impressive debut in ONE Championship in a submission grappling match against MMA veteran Mei Yamaguchi, Kelly has fans excited to see what she does next, whatever the sport may be.

Watch Kelly’s interview with The Schmo below:

What could be next for Danielle Kelly?

Kelly has specifically said that she’s looking at one or two more jiu-jitsu matches before moving to MMA, which means she’s not preparing for an MMA bout in her next outing.

One of the options for the Silver Fox representative could be a former rival, Jessa Khan, who is signed to ONE Championship but has yet to make her promotional debut. Khan took a win via decision against Kelly in February last year, and it’s only a matter of time before their paths cross again.

There is also the possibility of locking horns with ONE women’s atomweight world champion, Angela Lee. Danielle Kelly ignited a bit of an online back-and-forth with Lee after she commented that she’s focused on ‘legit grapplers’, which irked the atomweight MMA queen. The Singaporean-American has proven to be one of the best MMA grapplers in the world today, with eight of her nine finishes coming by submission. A submission grappling match between the pair will certainly prove at least one of them right.

ONE Championship’s dynamic roster is always looking at the best talents in the world, so it wouldn’t be surprising to see a different big name matched up with Danielle Kelly in her next outing.