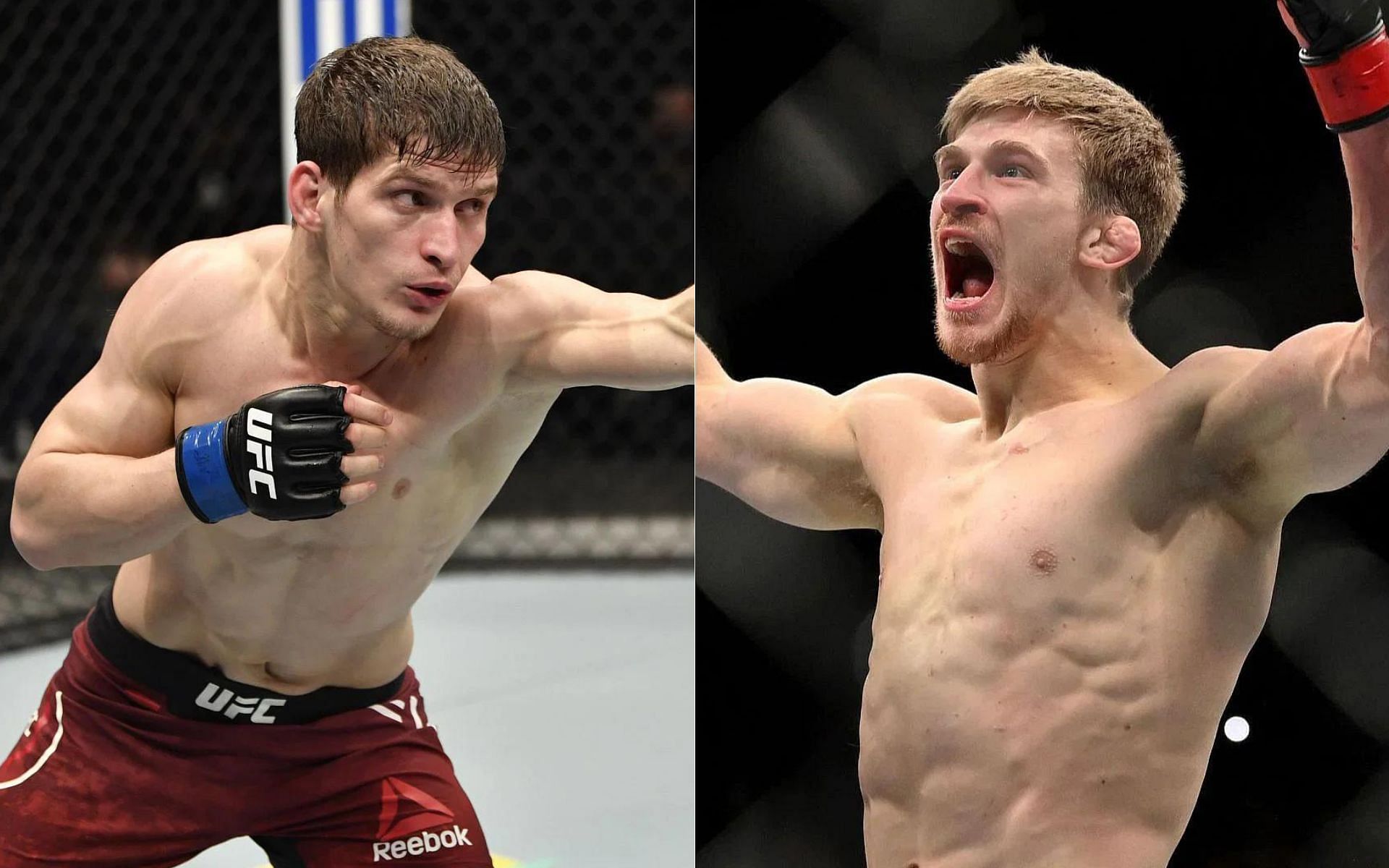 Following his impressive victory at UFC Fight Night: Volkov vs. Rozenstruik, Movsar Evloev made good use of his post-fight interview with Paul Felder and called out Arnold Allen for a showdown.

Evloev declared that he’s ready to face ‘Almighty’ in his home country of England:

“I know one name, he still [scared] of me. I call him a couple times but he don’t answer me. This bulls**t guy, Arnold Allen. He’s [9-0] in the UFC. [He’s] a good featherweight but I wanna beat this guy in his place, maybe England. I’ll be ready in couple of weeks and I can beat this guy… [I’ll] just finish him, I promise.”

Watch Evloev’s callout of Allen below:

Allen responded to the callout on Twitter, suggesting that he wanted to fight Chan Sung Jung aka ‘The Korean Zombie’ instead.

We gotta be talking upwards surely

‘Almighty’ has had nine fights in the UFC and has won all of them. In his most recent outing, the Englishman put on an amazing performance and defeated Dan Hooker via TKO inside one round. He also won a ‘Performance of the Night’ bonus that night.

Movsar Evloev squared off against Dan Ige in the co-main event of UFC Fight Night: Volkov vs. Rozenstruik. The Russian outclassed ‘Dynamite’ for the majority of their three-round fight and got his hand raised via unanimous decision.

The three judges scored the fight 30-26, 30-27 and 30-27 in favor of the 28-year-old. With the win, Evloev extended his undefeated streak and is now 16-0 in his professional MMA career. This includes four submission victories and three knockouts.

The Russian’s stint in the UFC has been nothing short of impressive. Evloev has competed six times in the octagon and won all those encounters. Apart from Ige, the 28-year-old has fighters such as Nik Lentz and Hakeem Dawodu on his winning resume.

Evloev is currently ranked 13 in the UFC’s featherweight rankings. With the victory on June 4, there is a good chance that he might break into the top 10 rankings of the 145-pound division.