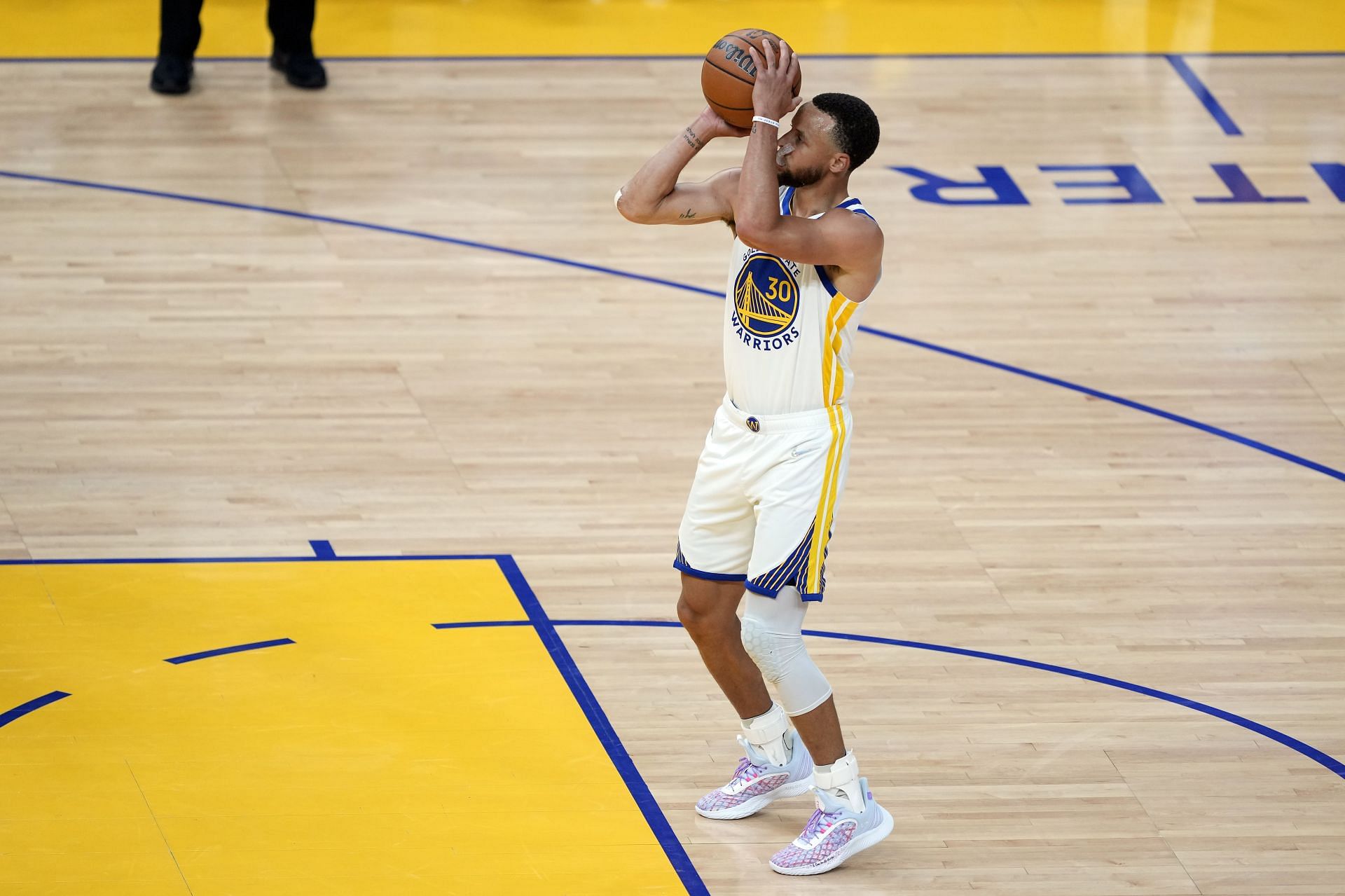 Steph Curry has been blamed by some fans and analysts for the Golden State Warriors’ loss to the Boston Celtics in Game 1 of the NBA Finals. He has been largely accused of not doing enough to get his team the win despite posting 34 points in the game.

One of the people calling out the guard is Fox Sports analyst Skip Bayless. On his Undisputed show with Shannon Sharpe, Bayless graded Steph Curry’s display on the night an F. He was of the opinion that his performance was an epic fail for a player who people think is an all-time.

“I’m going to give effing Stephen a flat out F!” Bayless said. “That was an epic fail from a player who was said to be on the verge of vaulting into the all-time Top 10.

“21 points in the first quarter followed by 13 total points in the next three quarters is an F for somebody who’s on the verge of vaulting into the all-time top 10.”

“Steph gets an ‘F.’ That was an epic fail from a player I’m hearing is on the verge of vaulting into the All-Time Top 10.” — @RealSkipBayless

“Steph gets an ‘F.’ That was an epic fail from a player I’m hearing is on the verge of vaulting into the All-Time Top 10.” — @RealSkipBayless https://t.co/muHjIe6kPZ

He believes that Curry dropped the ball, having registered only 13 points from the second through to the fourth quarter. His 21 points in the first quarter were commendable, but scoring no points in the second quarter was unpardonable by Bayless.

He stated that he was setting the bar high, as most people consider him to be the best player in the series.

“I’m setting the bar way high because I think most people will say he’s by far the best player in this series.”

Could Steph Curry have a consistent 2022 NBA Finals run?