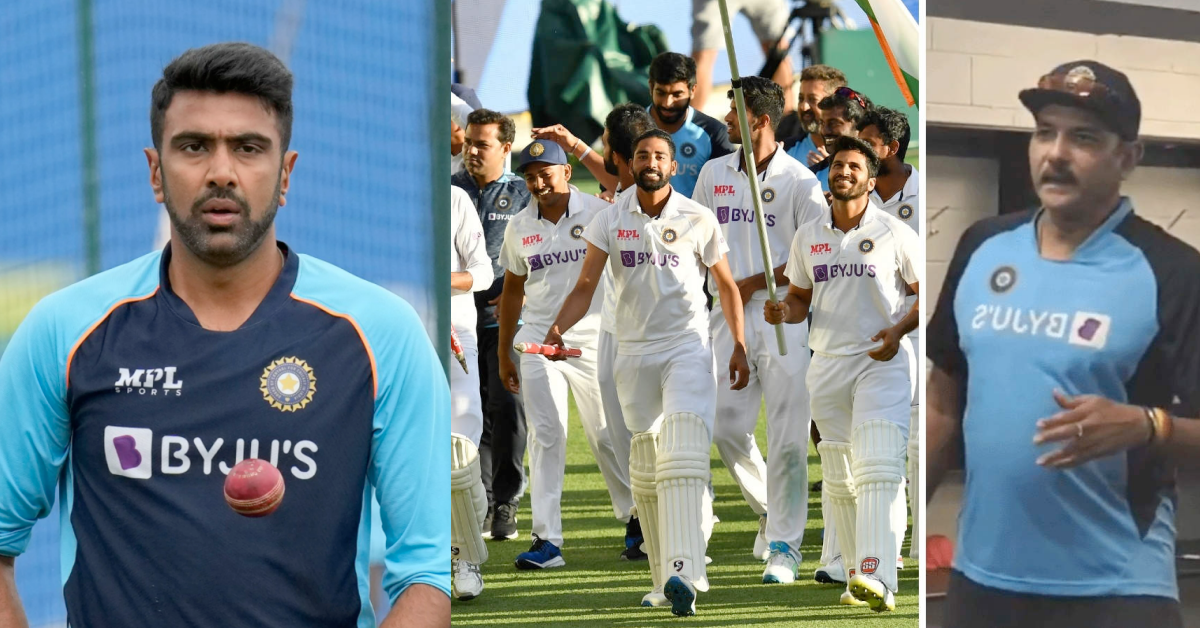 Indian off-spinner Ravichandran Ashwin revealed that the dressing room was divided when it came to the right approach on Day 5 of the famous Gabba Test between India and Australia in 2021.

India was set a target of 329 and they had lost Rohit Sharma early on Day 5. However, Shubman Gill and Cheteshwar Pujara scored at a brisk rate before Rishabh Pant applied the finishing touches to win the series by a 2-1 margin for India. Speaking about the same, Ashwin said the head coach, Ravi Shastri, wanted to go for a draw.

“In this Test (fourth Test at Gabba), Ravi Bhai wanted a draw. Because we could’ve drawn the match. But everyone had a different plan! I asked Jinx, ‘are we going for a win?’ and he said, ‘He (Rishabh Pant) is playing his own game. We will see how it goes’.”

“The moment Washi went in and scored brisk 20 odd runs, our plan changed. Washi made a very important contribution as well,” Ashwin mentioned during a conversation with Sports Yaari.

“He’s so incredibly blessed with ability” – Ravichandran Ashwin on Pant

Ashwin showered praise on Pant, saying that he has the ability to smash a six off every ball he faces. Notably, Pant has an aggressive mindset which is suitable for the white-ball format but he has been massively influential in red-ball cricket.

“It’s very difficult to understand what’s going on in his (Pant’s) mind. He can do anything. He’s so incredibly blessed with ability that he thinks he can hit a six every ball. Sometimes, it’s difficult to keep him calm. In Sydney, Puji tried to keep him calm but he eventually missed the century,” Ashwin mentioned.

Also Read – IPL 2022: Whenever You Go To Him, He Is There To Help – Yash Dayal On Performing Under Hardik Pandya’s Leadership