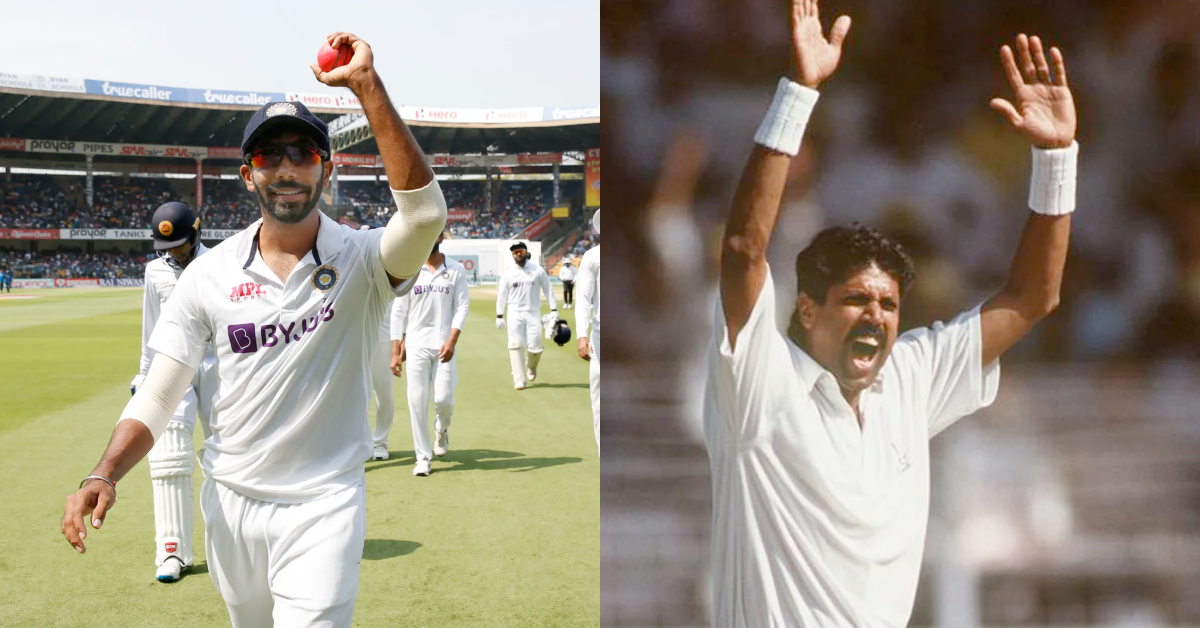 Team India bowling spearhead Jasprit Bumrah is likely to lead the national side in the one-off Test against England from July 1 to July 5.

Bumrah is the front-runner to captain India after regular skipper Rohit Sharma tested positive on Saturday for COVID-19 after taking a Rapid Antigen Test (RAT).

The Indian skipper is scheduled to take an RT-PCR Test on Sunday (June 26) to confirm the severity of the infection. In case, Rohit remains unfit to participate in the rescheduled Test then the onus is on the Indian pacer to don the captain’s armband.

India’s vice-captain KL Rahul is also unavailable for the England tour for his due medical treatment in Germany.

If given an opportunity, it would be an honour: Jasprit Bumrah

If Bumrah gets the opportunity to lead India in the series decider game in Birmingham then he will end the 35-year wait for a fast bowler to captain the Indian team. Kapil Dev was the last pace bowler to lead the national team in March 1987 in the five-Test series against Pakistan at home.

Bumrah was appointed vice-captain of the Indian team during the three-match ODI series in South Africa in January with Rahul as the captain. The Indian pacer was also named deputy to Rohit Sharma for the Sri Lanka Test series at home in March.

“If given an opportunity, it would be an honour. I don’t think any player would say no. There’s no bigger feeling than that,” Bumrah said during the South Africa tour.

“I don’t like to chase things because I don’t want to… See I am a person who believes that God has a plan and everything will find out its own way, so I don’t like to hamper the plan that is there. I try to never change anything.

“Whatever role is asked of me I would do it with the best ability that I can. I don’t want to change the whole organisation, you are always a leader when you are a senior member of the team so it’s just a post that comes with you,” he added.

Also Read: IND vs ENG: 3 Indian Players Who Can Replace Rohit Sharma In India Playing XI vs England For The Rescheduled Test