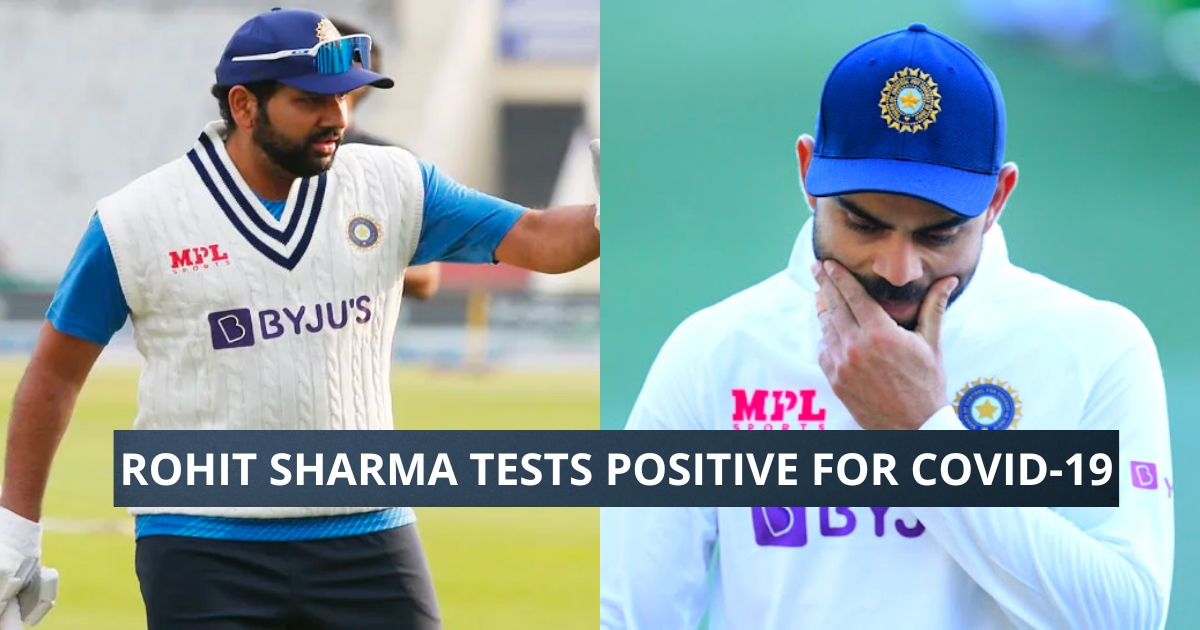 Indian captain across all formats, Rohit Sharma, has reportedly tested positive for COVID-19 during India’s warm-up game against Leicestershire in England. It is notable that the India National Cricket Team is all set to take on England in the fifth rescheduled Test from July 01 at Birmingham.

Indian opener KL Rahul was earlier ruled out of the England tour due to a groin injury that he sustained ahead of the India vs South Africa series. Now, this comes as another massive blow for the Indian contingent. If Rohit Sharma fails to recover in time, team India’s opening duo might be exposed to the dark and gloomy conditions of England.

Rohit Sharma was leading the Indian Cricket Team in the warm-up game against Leicestershire and had been on the field for the first couple of days of the warm-up match. On the 3rd day of the game, Rohit did not come out to bat throughout the day and now it has been revealed that the Indian captain has tested positive for COVID-19 in a Rapid Antigen Test.

The BCCI will now arrange for an RT-PCR Test t ascertain the severity and the time required for Rohit Sharma to recover. It should be borne in mind that there is no bio-bubble currently in England. Ahead of the tour, R Ashwin also tested positive for COVID-19 and he couldn’t participate in the warm-up match.

Former Indian captain Virat Kohli had also tested positive for COVID-19 after returning from vacation in the Maldives. The fifth rescheduled Test could not be held last year as team India were unable to field their first XI due to fears of COVID-19 grappling the Indian team. The visitors are currently 2-1 up in the series, with the rescheduled Test being the series decider.

If Rohit Sharma fails to participate in the fifth rescheduled Test, Rishabh Pant is likely to captain the Indian Cricket Team in his absence. However, Rohit’s absence from the team will be largely felt both as a captain and as a batsman. Ever since being named India’s all-format captain, Sharma has had a perfect record as he has not lost a single game to date.

Rohit was also India’s best batsman when the team faced off the Englishmen the last time in the four out of the five games that were played during the series. Rohit amassed 368 runs at an average of 52.27 including a brilliant century at the Oval.