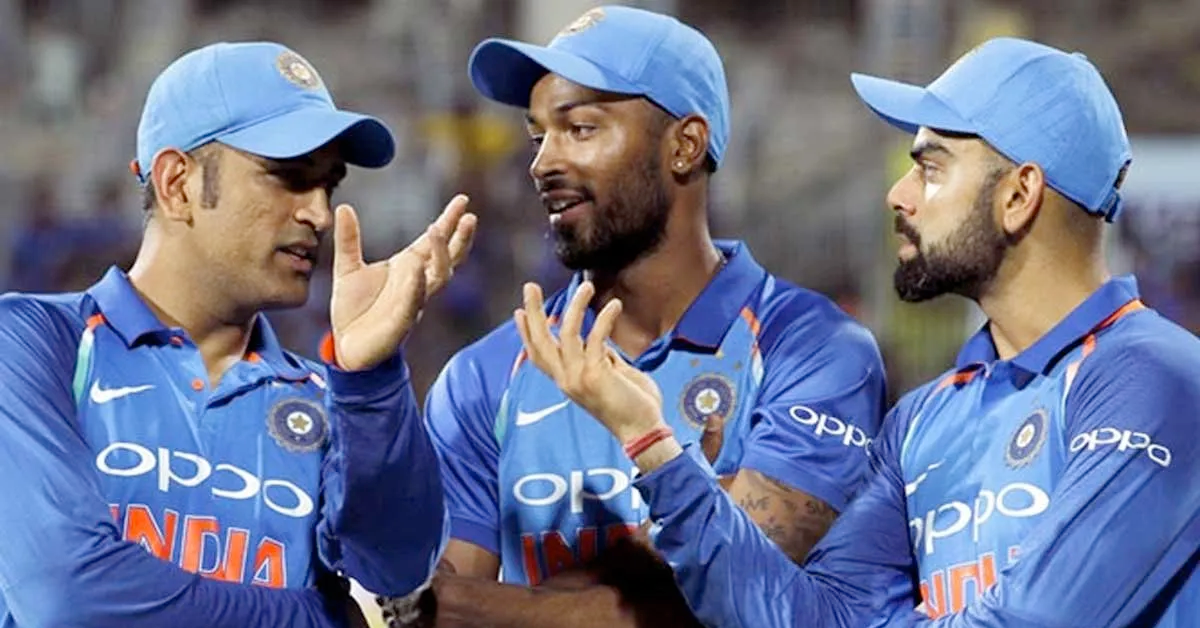 Indian captain Hardik Pandya will be leading the national team for the first time and he revealed that he has taken advice from former skippers, MS Dhoni and Virat Kohli, but wants to bring his own style of leadership.

Hardik led Gujarat Titans to the IPL trophy in their very first campaign this season and was justly rewarded with the opportunity to lead the Indian team against Ireland in the 2-match T20I series.

“Obviously, I have taken a lot of things from them (MS Dhoni and Virat Kohli) but mainly, I wanted to be my own self. My understanding of the game is in a different way, for me, I have taken a lot of good points from them but at the same time, I wanted to be natural and kind of, not be instinctive, I see more (the) situation than I can go with my gut.”

“It is about what the team requires in that point of time, what kind of decision I can take at that point, I focus more on that rather than thinking my gut is saying that, I am going to go there. When you go on gut, it is always 50-50, but I do not believe in that, I like to be practical and I like to see the situation,” Hardik said in the pre-match press conference.

The added pressure of captaincy won’t affect Hardik, who performs best when he’s under the pump. The Baroda all-rounder loves taking responsibility and will do so once again against the Irish.

“Earlier also I liked taking the responsibility. Now also, I like it, perhaps a little more now. I think that I have always done better when I have taken responsibility. When you take your own decisions, it makes you stronger. I will try the same reflects in my captaincy, how I give confidence to players and how I tell them all to keep fighting,” he added.

The series begins on June 26 with the first T20I.