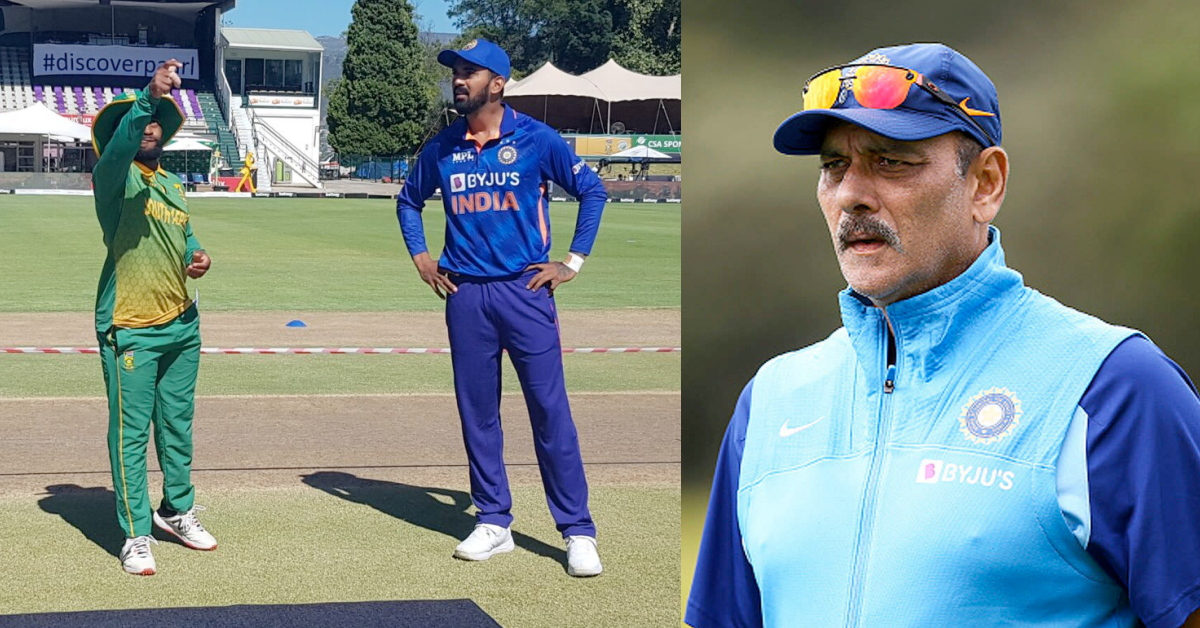 Former India National Cricket Team head coach Ravi Shastri picked his India playing XI for the first match of the five-match T20I series against South Africa and he didn’t include Dinesh Karthik and Venkatesh Iyer in his team.

The first match of the five-match T20I series between KL Rahul-led India and Temba Bavuma-led South Africa will be played at the Arun Jaitley Stadium in Delhi on June 9.

During an interaction on the Star Sports show ‘Game Plan’, Shastri picked Ruturaj Gaikwad as KL Rahul’s opening partner for the 1st T20I and he slotted Ishan Kishan at No.3.

Shastri stated: “I think they will go with the guys they will want to see first – the Rahuls, the Ruturaj Gaikwads – maybe they will open. They will probably give Ishan (Kishan) a break in this game or bat him at three.”

The former India head coach picked Shreyas Iyer, Rishabh Pant, and Hardik Pandya as his next three batters. He said:

He further added Bhuvneshwar Kumar and Harshal Patel to the team as pacers and said that amongst the newcomers — Arshdeep Singh and Umran Malik — one will play depending on the conditions.

He elaborated: “No. 7 will be Axar Patel. I think eight will be Bhuvneshwar Kumar batting-wise, then Chahal, Arshdeep Singh/Umran Malik and Harshal Patel. Umran or Arshdeep depending on the ground and what the pitch is like.

“I think if Bhuvi plays, then Umran is better because Bhuvi can do a job for you at the death. But then again you are looking for someone at the death, they are looking to develop that bowler. So if Harshal is going to do that, he plays that game.”