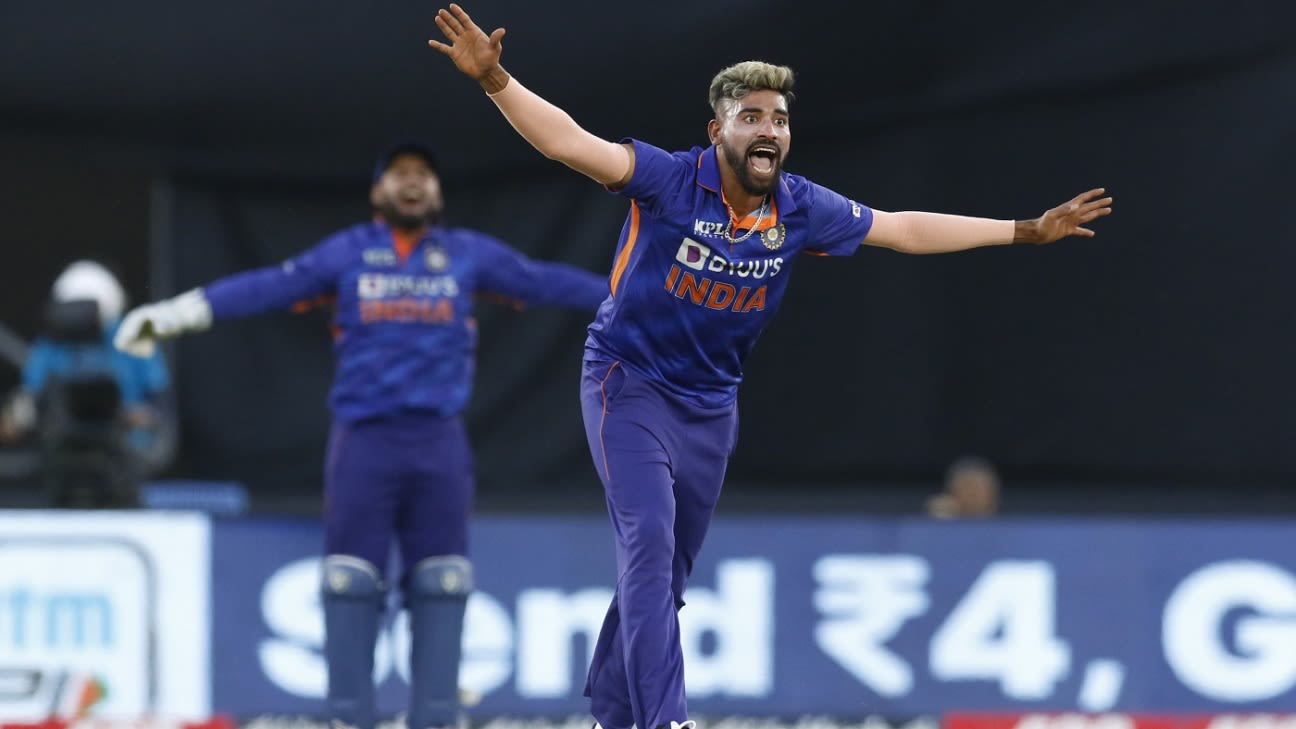 India won the toss and opted to bowl first in the third and final ODI against England at Old Trafford.

Rohit Sharma, India’s captain, said his side had learned plenty from the defeat in the second ODI when they were unable to chase down 247 for victory, as they look to return to the ways which saw them win the first match by ten wickets when England were bowled out for 110.

“It’s the series decider; we know about that. On this tour we’ve played some good cricket, it’s just that we didn’t play well enough in the last game, but we got our learnings from that game, and hopefully, we won’t repeat those mistakes.”

Forecasts are for high temperatures with play set to begin in overcast conditions.

Jos Buttler, the England captain, said he would have opted to bat first, had he won the toss.

“It looks a good wicket, it’s hard, traditionally coming here we’d probably look to bat first,” Buttler said. “It’s a bit cloudy, a bit muggy so it may swing a bit but quite happy.”