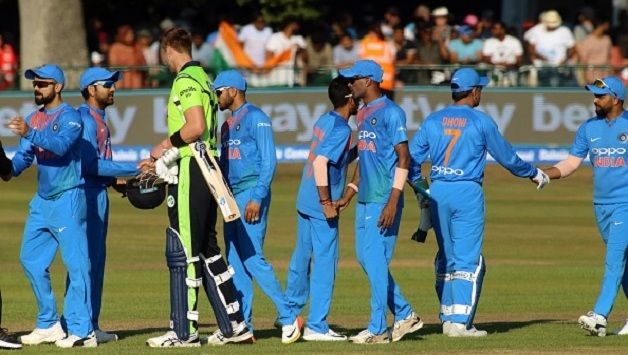 India vs Ireland Match Preview- IND vs IRE 1st T20I- India will face Ireland in a two-match T20I series, starting June 26 in Dublin, Malahide. The match will start at 9 pm IST. All-rounder Hardik Pandya will be leading the visitors. Of late, India levelled the T20I series against the Proteas by 2-2, with the fifth outing being abandoned due to rain. Meanwhile, Ireland is enjoying a decent form, having won three of their last five T20Is.

The Indian team, under the leadership of new skipper Hardik Pandya, will play two T20Is against Ireland before they turn to England for a full-fledged limited over series. This side touring Ireland is not the 1st string team that will face England as the regulars will be involved in playing the rescheduled 5th Test against hosts England.

Thus, it is a test of bench strength and an opportune moment for the youngsters involved to showcase that they deserve the chance in England too. On the other hand, Ireland has a golden opportunity to grab the attention of the audiences and the IPL owners because a performance against India never goes unnoticed in the cricketing world.

India has named a 17-man squad for the T20I series against Ireland. The team’s captain is Hardik Pandya. Uncapped players in the squad include Rahul Tripathi, Arshdeep Singh, and Umran Malik. The team also includes experienced players such as vice-captain Bhuvneshwar Kumar, Yuzvendra Chahal, Dinesh Karthik, and Ishan Kishan.

Sanju Samson also returns to the squad after being ignored for the ongoing series against South Africa. Rishabh Pant and Shreyas Iyer have been left out of the squad as they are going to be part of the Test squad in England. Suryakumar Yadav will also make a return from injury.

Ireland also had announced their 14-man squad for the home T20I series against India. Both the T20I games are scheduled on June 26 & 28 at Malahide which will kickstart a long and exciting summer for Ireland that will also see them colliding against the likes of New Zealand, South Africa, and Afghanistan at home.

Kevin O’Brien has retired from International cricket which means Paul Stirling will open the innings with the uncapped Stephen Doheny. Andrew Balbirnie, Gareth Delany, and Curtis Campher will be forming the middle order. Barry McCarthy and Andrew Balbirnie will be key with both bat and ball. Harry Tector, Craig Young, George Dockrell, and Lorcan Tucker will be the key figures in the bowling department for Ireland.

India will like to avoid any injury on the Ireland tour for the England tour’s sake. Harshal Patel is set to play a crucial role and could be rested for Arshdeep Singh. Avesh Khan who featured in India Playing XI for all five games against Proteas is set to be benched for Umran Malik.