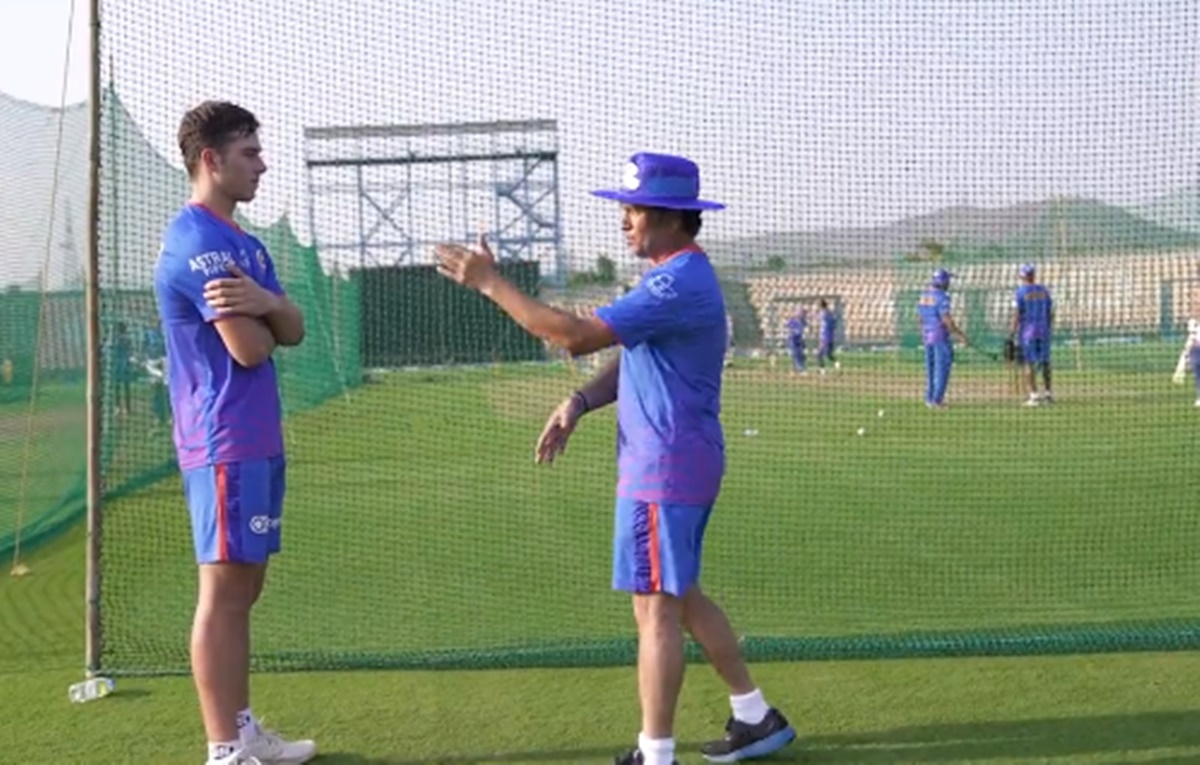 Brevis rose to prominence in the ICC U19 World Cup 2022 in January-February, scoring 506 runs in six innings at 84.33 with three half-centuries and two hundred. The 19-year-old garnered attention across the globe for resembling the batting style of former South Africa captain AB de Villiers and earned the nickname ‘Baby AB’.

His outstanding run with the South Africa U19 team in the World Cup helped him bag a deal with five-time IPL winners Mumbai Indians for a sum of INR 3 crore.

Brevis played seven games in his maiden season and amassed 161 runs at a strike rate of 142.48. In his first game against Kolkata Knight Riders, Brevis stunned everyone with the no-look shot off Varun Chakravarthy for a six.

I didn’t know what to do and the first time I shook his hand: Dewald Brevis on meeting Sachin Tendulkar

Reflecting on his first interaction with former Mumbai Indians captain and present mentor Tendulkar, the South African youngster said it was insane.

“I was laying on the floor of the gym and suddenly Sachin sir appeared at the door. I didn’t know what to do and the first time I shook his hand, it was insane. I have idolised him and the small technical details he taught me were special. It was great to learn from legends like him and coach Mahela,” Brevis told Cricket Fanatics.

“It was very special to meet Rohit, Ishan, and the whole team when I finished quarantine. Of course, my debut was a special memory, playing in front of so many people. The louder it gets, the higher the pressure gets and I love that. The pressure to perform for MI is good because it motivates you to get another trophy for the team,” he added.

Also Read: IND vs SA: Temba Bavuma Feels Dewald Brevis Needs Time To Hone His Game; Points Out That He Is Yet To Play A FC Game