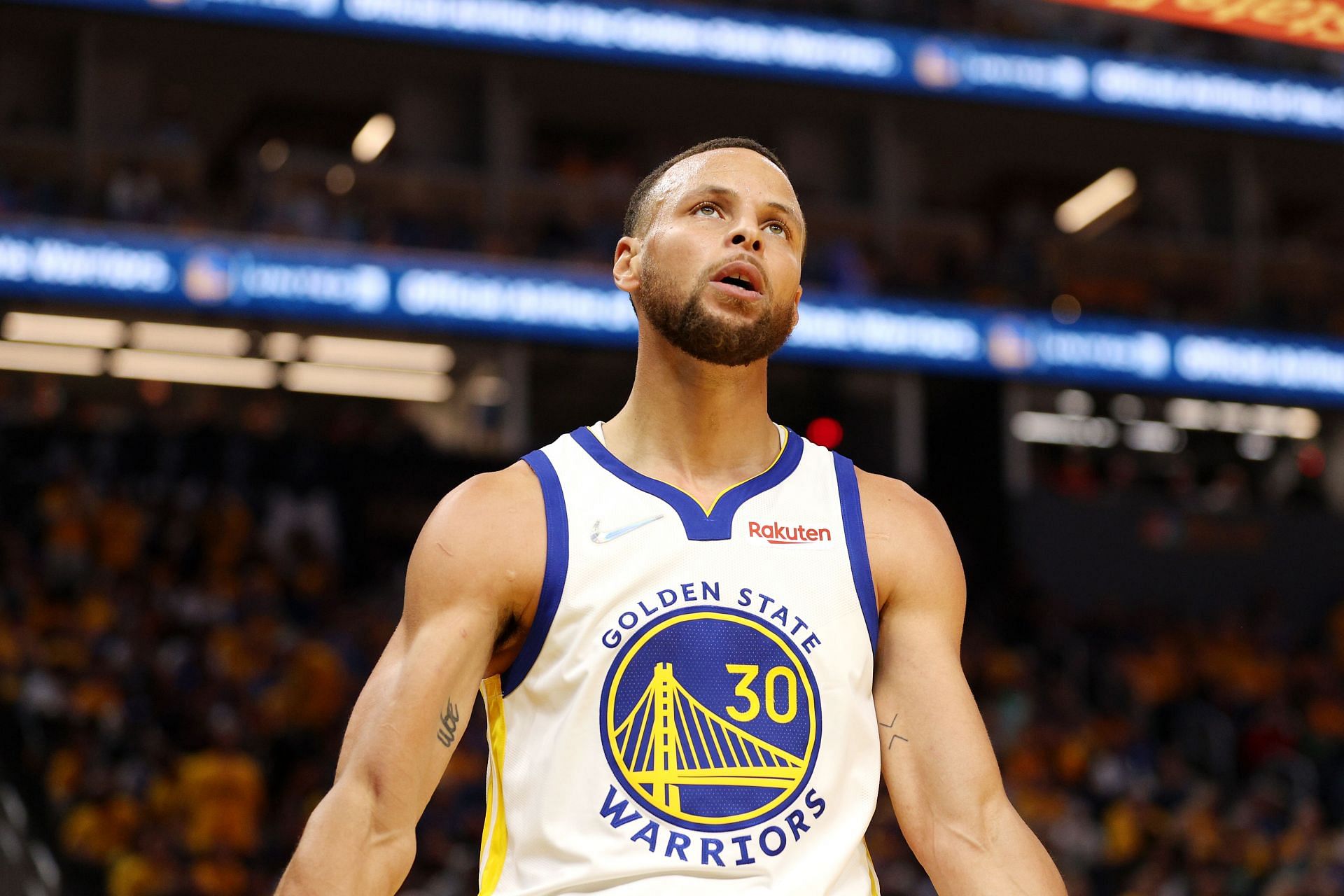 Steph Curry was uncharacteristically a liability for the Golden State Warriors for the better part of Game 1 of the NBA Finals. Analyst Max Kellerman has come out to question his impact in the finals.

Kellerman basically echoed Skip Bayless’ opinion of Steph in big games. After his Game 1 collapse against the Boston Celtics, Skip said Steph disappears in the big moments and has no clutch gene.

However, Steph deserves credit for his first-quarter performance. He registered 21 points and knocked down a finals record six 3-pointers in a single quarter.

Unfortunately, his struggles for the remainder of the game were highlighted by Kellerman. On “This Just In,” he claimed Steph needed to ascend to the realms of Larry Bird and Magic Johnson, stating:

“2015, they got very lucky. Kyrie (Irving) and Kevin Love went down. They surely would have lost. I mean, they went six games, LeBron (James) would have beaten them. No MVP for Steph because LeBron was that much better, they had to give it to the guy who guarded him.

“16, actually did collapse and lose. Didn’t score a single point at home, Game 7, fourth quarter, four minutes and 30 seconds. 2017 and 2018 KD (Kevin Durant) is there. Well, it’s a lot easier to put your chest out when you got the best player in the world on your team.

“He had a great series, by the way, I thought, against Toronto. They lost. It’s not his fault, I give him credit for that. But that’s it. And now another fourth-quarter collapse.”

To finish the segment, he praised Steph, calling him one of the greatest players of all time. But he maintained that the All-Star guard needs to elevate his game, stating:

Nonetheless, Kellerman favors the Warriors to win the series. He also stated that he is rooting for Steph to win the Finals MVP.

Steph has said that the group always responds well to adversity, and they will be hoping to do that on Sunday night. Draymond Green has also pointed out that they have not lost a series when healthy, meaning he likes their chances.

Even with the loss, Steph finished Game 1 with a game-high 34 points. While his fourth-quarter struggles are worthy of note, other players need to step up.