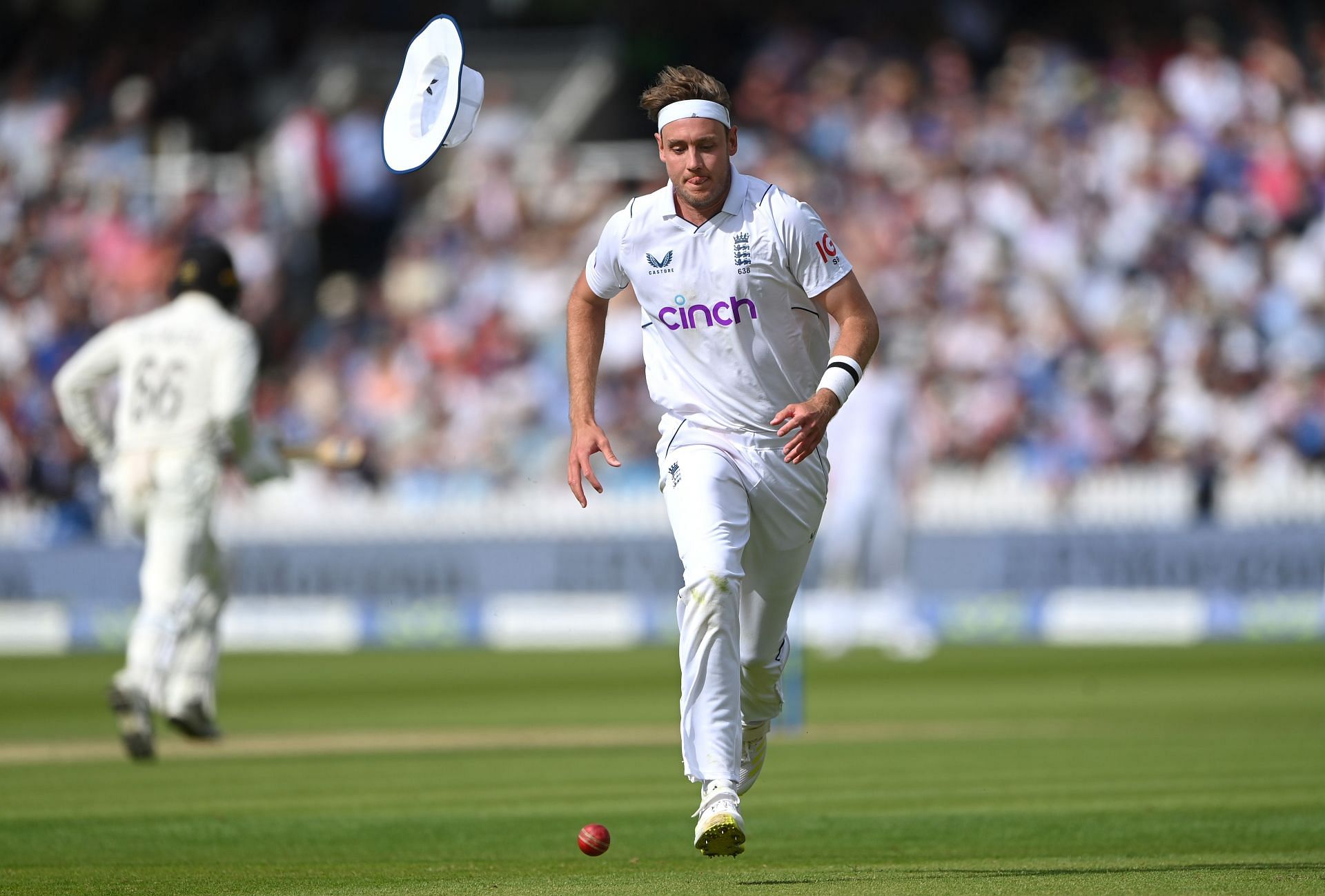 Veteran England seamer Stuart Broad was optimistic about winning the Lord’s Test against New Zealand at the end of day four. The right-arm seamer believes their batting unit will find a way to get the remaining 61 runs to chase down the target of 277.

Broad, who took three wickets in the second innings to add to his one in the first, triggered New Zealand’s spectacular batting collapse on the fourth morning. The 35-year-old took two wickets in the 83rd over as the visitors slid from 251-4 to 251-7. They eventually managed only 285.

Speaking after the day’s play, Stuart Broad stated (as quoted by the BBC) that he remains confident about getting over the line on day five as Joe Root and Ben Foakes are well set.

“It’s set up to be a brilliant morning and it’s up to us to do everything we can to get over the line. I’ve got a really good feeling about tomorrow. Joe Root is one of England’s best-ever batsmen and Foakesy settled really nicely. Then it will be up to the lower order to find a way to chase these runs.”

The new-bowler admitted that the hosts were well-prepared to throw punches at New Zealand’s fightback after he felt the match had gone from their hands.

“Going to bed last night, I felt as if we might have let the game get too far away. If New Zealand had a great hour and a half this morning, we were certainly up against it. We couldn’t have done any better. It was dreamworld for us. It’s given us a fighting chance.”

Should England beat the Kiwis on day five, it will be their first Test victory since August 2021. The Englishmen have won only one out of their last 17 Tests and lost their last two series – in West Indies and Australia.

“I can’t play that down, there was big energy” – Stuart Broad on Ben Stokes’ no-ball reprieve