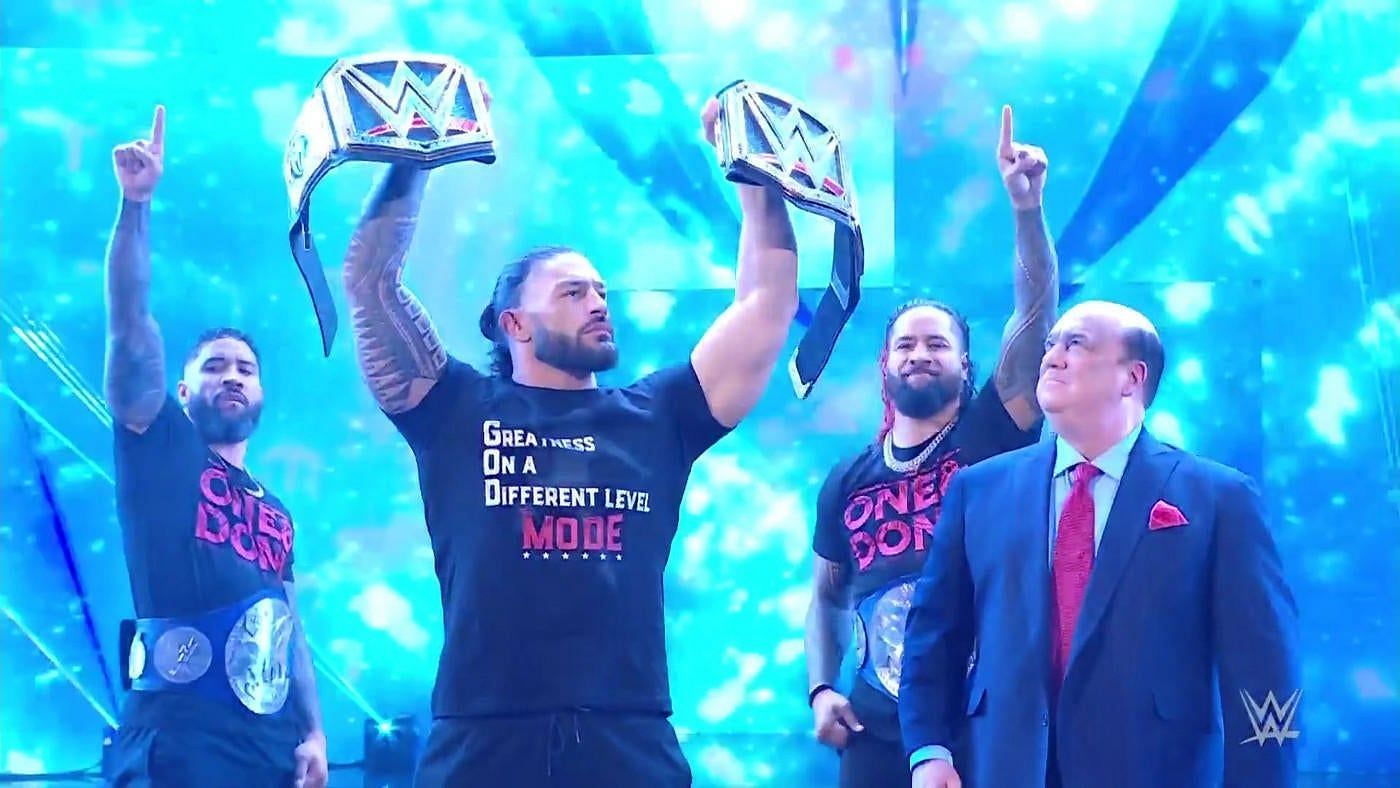 Former WWE Intercontinental Champion Sami Zayn recently took to Twitter to comment on Roman Reigns’ cousins The Usos backing him during a segment on SmackDown.

This past Friday night on the blue brand, Roman Reigns‘ Bloodline faction came out to have Sami Zayn’s back as he defended the group’s honor against Theory. The confrontation between the two men occurred after Madcap Moss’ win over Mr. Money in the Bank, where the latter stated that he would cash in his contract after Reigns’ match at SummerSlam.

Taking to Twitter, the Honorary Uce made it clear that he has got The Bloodline‘s back and vice versa. He also hit back at doubters who refuse to believe that Zayn is a part of Reigns’ faction.

“Even though I was officially dubbed #HonoraryUce people STILL question whether I’m “in” with The Bloodline or not. I’ve got their backs, they’ve got mine. Here’s proof,” wrote Zayn.

Even though I was officially dubbed #HonoraryUce people STILL question whether I’m “in” with The Bloodline or not.I’ve got their backs, they’ve got mine. Here’s proof. twitter.com/wwe/status/154…

How did the WWE Universe react after Sami Zayn claimed he was a part of Roman Reigns’ Bloodline?

In recent months, Zayn seems to have gotten his Honorary Uce act quite over with the WWE Universe.

In reaction to his tweet, fans praised the former Intercontinental Champion by stating that he has been “carrying” SmackDown. However, few fans reminded Zayn that he was only a part of The Bloodline temporarily.

Check out the tweets regarding the same below:

@SamiZayn Sami carrying smackdown and the bloodline on his back

@SamiZayn Sami carrying smackdown and the bloodline on his back

@SamiZayn Wait…. who is questioning your Uce status? I thought it was obvious by this point.

@SamiZayn Wait…. who is questioning your Uce status? I thought it was obvious by this point.

Initially, Roman Reigns formed The Bloodline a few years ago along with The Usos. However, it was in 2020 when the three men, alongside Paul Heyman, started their reign of dominance in WWE.

Reigns and The Usos will also be in action at the upcoming SummerSlam Premium Live Event. The Tribal Chief will put his title on the line against Brock Lesnar in a Last Man Standing Match. Meanwhile, Jimmy and Jey will once again cross paths with arch-rivals The Street Profits with Jeff Jarrett as the Special Guest Referee.

What do you make of Sami Zayn’s involvement with The Bloodline? Let us know in the comments section below.