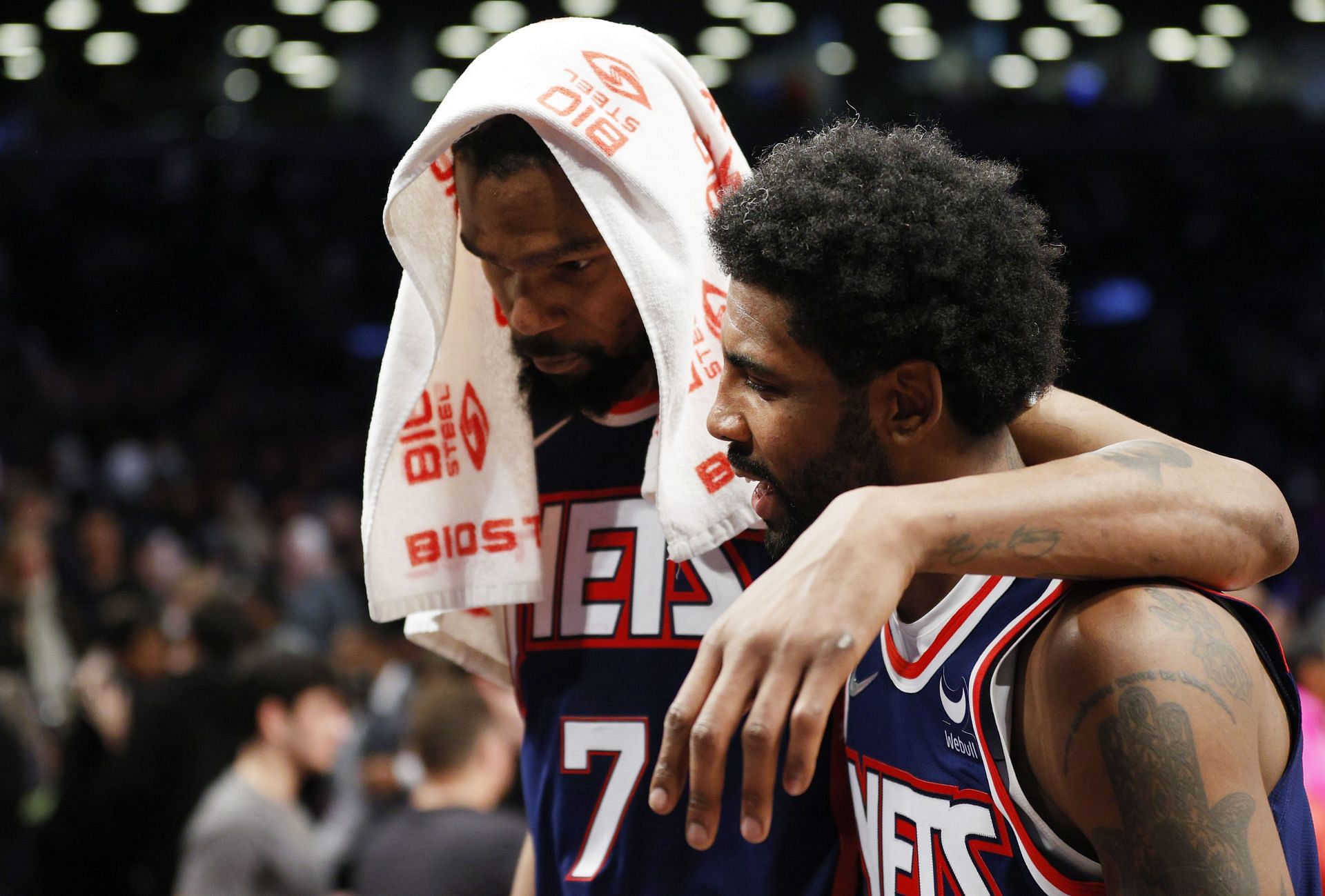 Kevin Durant is reportedly monitoring how things play out with Kyrie Irving‘s contract before deciding on his future. But Kendrick Perkins believes KD should leave the Brooklyn Nets, regardless.

Fans are keeping their eyes peeled to see how things pan out concerning the Nets. The franchise is reportedly unwilling to give Irving a long-term contract, which has prompted the All-Star guard to consider other teams.

According to ESPN’s Adrian Wojnarowski, “Uncle Drew” has presented the Nets front office with a wishlist of teams he would like to play for. The list contained six teams, including the LA Lakers, LA Clippers, Philadelphia 76ers and New York Knicks.

Adrian Wojnarowski on ESPN: The only team with “actual interest” in Kyrie Irving is the Lakers. The Clippers, Mavs, and 76ers are out, and Miami is showing little interest.

Adrian Wojnarowski on ESPN: The only team with “actual interest” in Kyrie Irving is the Lakers. The Clippers, Mavs, and 76ers are out, and Miami is showing little interest. https://t.co/lvfpOE6Q62

Durant is reportedly waiting to see how things pan out with the Irving-Nets situation. However, Perkins believes Durant should leave regardless of Irving’s decision.

On ESPN’s “First Take,” he suggested that KD give the All-Star guard a taste of his medicine. Perkins said:

“I think he should want out, regardless. I think he should get far away from Kyrie Irving as possible. Even if he opts in, I think Kevin Durant should give him a taste of his own medicine, and go about his way.

“When it comes down to Kyrie Irving and Kevin Durant coming to Brooklyn when they did, what was it? July the 4th? When they made the decision in 2016? I believe it was, or 2017, one of those years.

After going on about the false brotherhood that exists in the NBA at times, he continued:

“When I look at this situation, if I’m KD, I want out regardless. If Kyrie stays, or he leaves.”

If one has to take a wild guess, the only way Durant will remain is if the Nets sign Irving to a long-term deal. The former NBA champ has expressed his desire to give it another go with KD under the right conditions.

Kyrie Irving is still interested in playing with Kevin Durant

Irving has not been the most reliable player in recent years, which is why the Nets are hesitant to commit to a long-term deal. It was reported that they are willing to have him stay on, using the upcoming season as a sort of audition campaign.

By June 29, Irving’s decision on whether he will opt into his player option will be revealed. If he opts out, he will become an unrestricted free agent, and news of KD wanting out might follow as free agency commences on June 30.