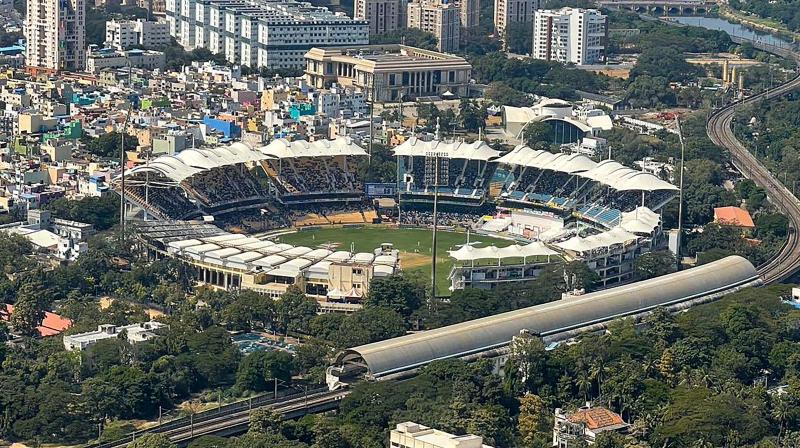 The 5th match of the Shriram TNPL will see Lyca Kovai Kings facing off against Dindigul Dragons on 26th June at the Indian Cement Company Ground, Tirunelveli.

This game is scheduled to start at 7:15 PM IST and live score and commentary can be seen on FanCode and CricketAddictor website.

The Shriram TNPL will see its fifth match of this season between Lyca Kovai Kings and Dindigul Dragons.

Lyca Kovai Kings will be battling against Dindigul Dragons for the first time in the fifth match of this season of the Shriram TNPL.

Lyca Kovai Kings will play their opening match of this season of the Shriram TNPL while Dindigul Dragons played one game this season where they lost that game.

The temperature is expected to hover around 33°C on the matchday with 59% humidity and 19 km/hr wind speed. There are no chances of precipitation during the game.

The pitch at the Indian Cement Company Ground provides a neutral wicket where both the departments are expected to receive a decent amount of help from the surface. Spinners will play a good role in the middle overs.

The average first innings score on this wicket is 146 runs.

The team batting second has great records here. They have maintained a winning percentage of 60 on this ground.

Sai Sudharsan is a left-handed batsman from Lyca Kovai Kings who will bat one-down for them.

Shahrukh Khan is a right-handed batsman from Luca Kovai Kings who leads the team.

Hari Nishanth is a left-handed batsman and right-arm off-break bowler from Dindigul Dragons. He smashes 25 runs in the last game.

Lakshminarayanan Vignesh is a right-handed batsman and right-arm medium-fast bowler from Dindigul Dragons. He stacked 32 runs in the last match.

Suggested Playing XI No.1 for LKK vs DD Dream11 Team:

Suggested Playing XI No.2 for LKK vs DD Dream11 Team:

Sai Sudharsan will be a good captaincy choice for the small leagues. Ganga Sridhar Raju and Karapaeambil Monish are among the punt picks here. The best-suggested fantasy/Dream11 combination for this game is 1-3-3-4.

Lyca Kovai Kings are expected to win this match.