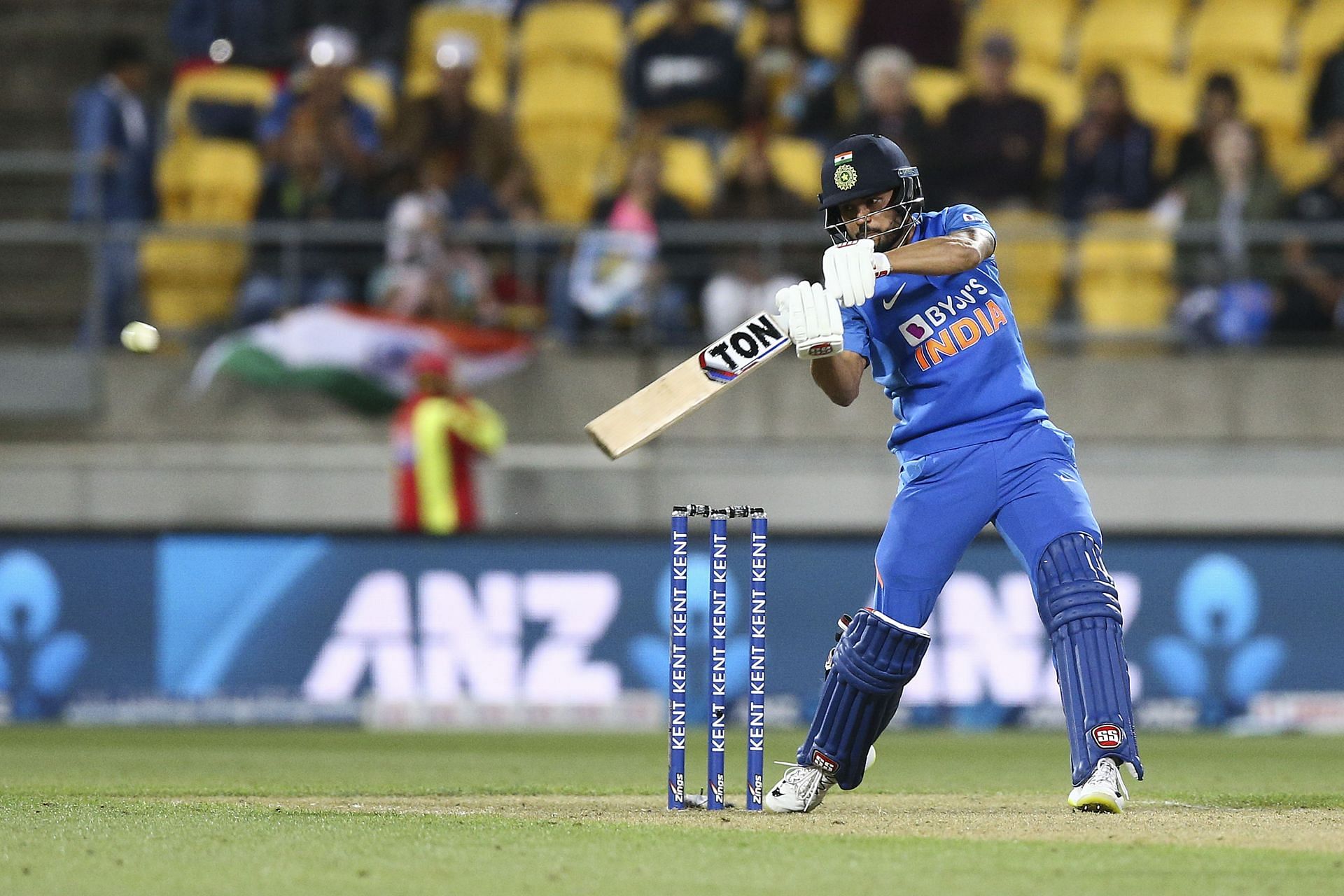 The Gulbarga Mystics registered their first win of the Maharaja T20 Trophy 2022 against the Shivamogga Strikers, beating them by three wickets on Tuesday (August 9).

Shivamogga Strikers won the toss and opted to bat first. They lost the wicket of Stalin Hoover in the very first over as Vidwath Kaverappa sent him back. Rohan Kadam (53) and Siddarth (53) then joined forces and stitched together a 108-run stand for the second wicket.

Krishnan Shrijith then gave Gulbarga a vital breakthrough as he dismissed Rohan Kadam with the score at 109/2. Shivamogga lost three quick wickets from there on, as they were reduced to 147/5.

Skipper Krishnappa Gowtham (23) and Avinash D (20) made some key contributions at the backend of the innings to take Shivamogga to a competitive total of 175/8 from their 20 overs.

Karthik CA was the pick of the bowlers for Gulbarga Mystics, picking up three wickets while Vidhwath ended up with two wickets.

Gulbarga Mystics got off to a decent start, adding 33 runs for the first wicket before Devdutt Padikkal was sent back by Avinash D at the start of the fifth over. Jeswanth Acharya, who scored a breezy 17-ball 30, was also sent back in the seventh over with the score at 52/2. The Gulbarga Mystics kept losing wickets at regular intervals in the middle.

However, skipper Manish Pandey struck his maiden half-century of the Maharaja T20 Trophy 2022, scoring 50 runs off 36 deliveries. Karthik CA then played a crucial knock after the dismissal of Manish, slamming an unbeaten nine-ball 22 that helped Gulbarga get over the line in 19.1 overs.

Avinash D had a day to remember with the ball for the Shivamogga Strikers, picking up five wickets. Unfortunately, he did not get much support from the rest of the bowlers. Shivamogga crashed to their second consecutive defeat in the Maharaja T20 Trophy 2022.

Gulbarga Mystics got off the mark on the points table after this win while the Shivamogga Strikers are still in search of their first win of the season.

With this win over Shivamogga, Gulbarga are now fourth in the table with two points from as many matches with a net run-rate of -1.134. Mangalore United are still comfortably on top with four points, followed by the Bengaluru Blasters, who take the second spot.

Shivamogga Strikers continue to languish at the very bottom and are sixth with two defeats from as many games. Their net run-rate has taken a hammering (-2.261) and they have some work to do if they are to get off the mark in the Maharaja T20 Trophy 2022.