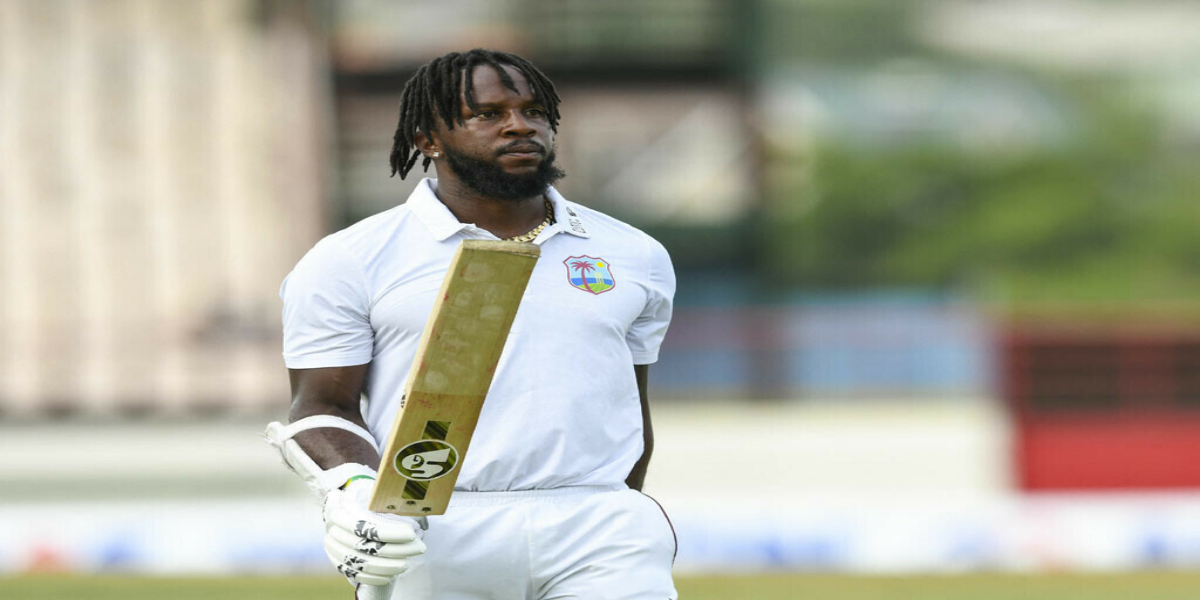 Kyle Mayers’ undiminished appetite for Bangladesh’s bowling took him to a second Test century and lifted the West Indies to 340 for five on the second day of the second and final Test in St Lucia on Saturday.

The hosts are in a dominant position, leading by 106 runs as they bid to win the two-match series 2-0.

Having come to the crease just before lunch with his side stuttering at 132 for four in reply to the tourists’ first-innings total of 234, Mayers’ positive manner dominated the rest of the day as he finished unbeaten on 126.

It was his second Test century, coming off 180 balls and embellished with 15 fours and two sixes.

That second six took him to the three-figure mark and sets the stage for even more of his left-handed aggression going into day three in partnership with Joshua da Silva, the wicketkeeper having contributed 26 so far in an unbroken sixth-wicket stand of 92.

“Kyle’s effort was really good, given the situation we were in at lunch,” said West Indies opener John Campbell.

“The pitch is starting to play a bit more up-and-down now so if we can build on this lead of 106 tomorrow we will be in a very good position.”

That partnership, which grew in momentum against an increasingly dispirited Bangladesh bowling attack, followed on the excellent work of Mayers and Jermaine Blackwood, who rescued an uncertain situation for the home side with a 116-run fifth-wicket stand.

Bangladesh were wicketless in the afternoon session, although Blackwood fell just after tea, leg-before for 40, the second wicket of spinner Mehidy Hasan.

Having stumbled to lunch at 137 for four, Mayers and Blackwood batted through the afternoon as if it were a different game.

Mayers, who will always be remembered for a historic unbeaten 210 on debut in a victory chase of 395 against the same opponents in Chattogram last February, was most impressive in his off-side play.

Blackwood, in contrast, batted with admirable discipline in a noted transformation from the reckless abandon which defined much of his batting prior to 2022.

Read More: Shakib looks to past glory as Bangladesh take on West Indies

Bangladesh hit back before lunch

Bangladesh’s players left the field at the end of the day in a mood which was 180 degrees away from the ebullience and anticipation with which they ended the morning session.

Seamer Khaled Ahmed took two wickets in the space of two overs and Mehidy snared the all-important wicket of captain Kraigg Brathwaite to trigger a West Indies slide before lunch.

Starting the day at 67 without loss, Brathwaite and opening partner Campbell extended their stand to exactly 100 — their first century partnership in Tests since coming together for the first time three years earlier.

However seamer Shoriful Islam disrupted those plans when extracting extra bounce off the surface and Campbell’s attempted hook was gloved for wicketkeeper Nurul Hasan to take a comfortable catch.

“We’ve been speaking at team meetings about getting that 100-run partnership under our belts,” said Campbell in reflecting on the opening stand with his captain.

Campbell’s departure for 45 brought Raymon Reifer to the crease with the left-hander, following his double-failure in the first Test in Antigua a week earlier, under pressure to justify his position at number three in the batting order.

He saw Brathwaite reach a 27th Test half-century in the skipper’s usual unobtrusive manner but it was then that Mehidy intervened.

Brathwaite, on 51, was deceived in flight and bowled comprehensively by the off-spinner.

Khaled then added to that success when Reifer, who never looked comfortable despite getting to 22, played on to a lifting delivery.

New batsman Nkrumah Bonner fell in similar manner in the bowler’s next over, the right-hander looking decidedly uncomfortable facing the extra bounce to depart before he had scored.