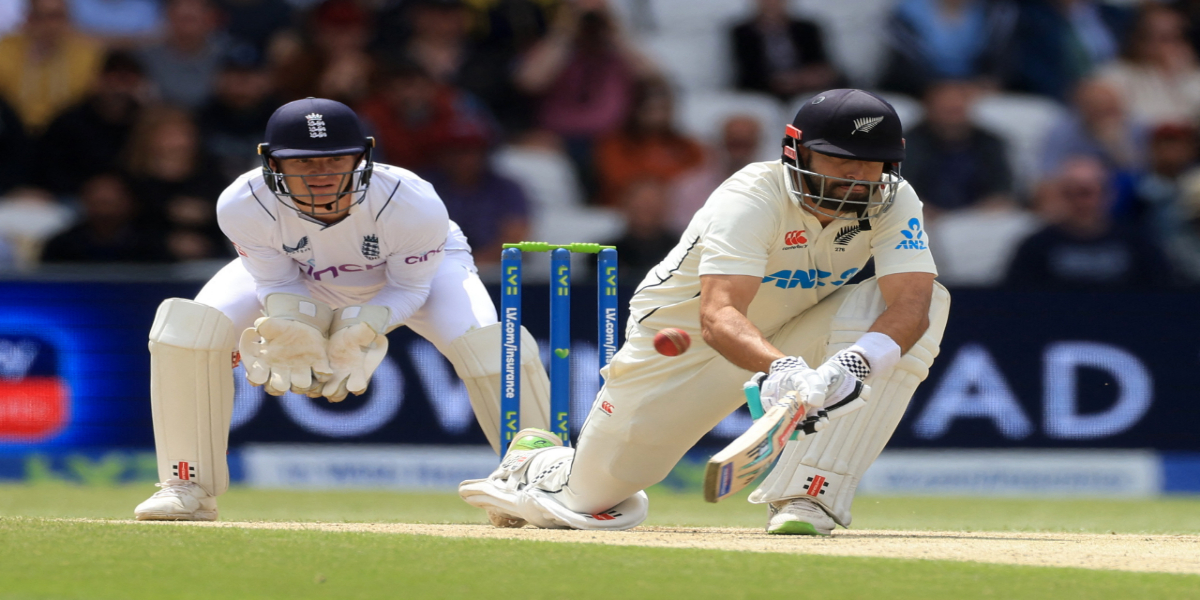 New Zealand’s Daryl Mitchell and Tom Blundell frustrated England again on Sunday as they denied the hosts a fresh breakthrough in their quest for a series whitewash.

The pair batted through the entire morning session to take the Black Caps to 254-5 in their second innings, a lead of 223 runs, at lunch on the fourth day of the third Test at Headingley.

Read More: Daryl Mitchell is still unfazed by a fall in luck after posting a career-high 190

Mitchell, who had already scored three hundreds this series, including 109 in New Zealand’s first innings 329, was 44 not out.

Blundell, fresh from his first-innings 55, was unbeaten on 45,

The pair had so far put on 93 to follow their first-innings partnership of 120 and this latest stand also saw them get through the first two overs the new ball, available to England for two overs before the interval.

World Test champions New Zealand resumed on 168-5, a lead of 137 runs, having lost a flurry of wickets late on Saturday.

And with England having chased down 299 inside a day to win at Nottingham and go 2-0 up in the three-match series, the Black Caps still had plenty to do if they were to avoid a whitewash.

Mitchell and Blundell, four and five not out respectively overnight, were rarely troubled as England captain Ben Stokes — yet to bowl himself Sunday — rotated his pace attack.

But England left-arm spinner Jack Leach, who took 5-100 in the tourists’ first-innings, did pose problems by gaining plenty of turn, dip and bounce.

Leach thought he had Mitchell, pushing forward, lbw for 17 with the total on 206.

South African umpire Marais Erasmus raised his finger, but Mitchell’s review indicated the ball would have bounced over the stumps and the decision was overturned.

England had been forced into a late change, with Sam Billings called up as an emergency wicketkeeper after Ben Foakes was ruled out of the rest of the match following a positive test for Covid-19.

Foakes did not take the field on Saturday afternoon because of a stiff back, with Jonny Bairstow deputising behind the stumps, but Billings, who made his Test debut in the final match of England’s Ashes series loss in Australia earlier this year, was drafted in for the remainder of this fixture.