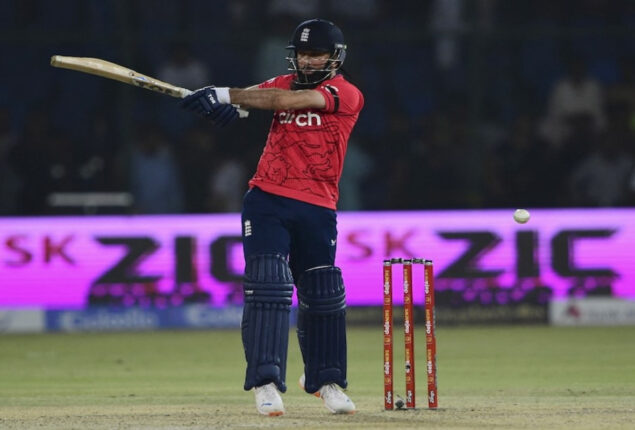 Moeen Ali produced a rapid 50 to help his team beat Pakistan in the second T20 international, which was played on Thursday in Karachi.

After winning the toss and deciding to bat first at National Stadium, Moeen Ali, the stand-in skipper for England, hit four sixes and as many fours in his 23-ball innings to finish on 55 not out.

The opening match of the seven-match series was won by England, which is touring Pakistan for the first time in 17 years, by six wickets.