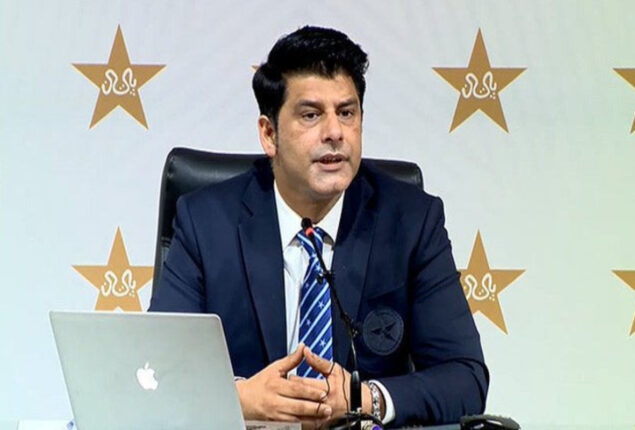 Mohammad Wasim stated on Wednesday that Pakistani team has no plans to alter its T20 World Cup roster but has ability to do so if necessary.

Chief selector Mohammad Wasim acknowledged to a private channel that the Pakistani team is having issues in the middle order and that they are experimenting with different lineups during the England series in preparation for the mega tournament.

Fast bowlers Mohammad Wasim Junior and Shaheen Shah Afridi, as well as top-order batsman Shan Masood, were included in the 15-player team for the shortest format for the first time last week. Fakhar Zaman, Mohammad Haris, and Shahnawaz Dahani were named as the three travelling reserves.

Wasim Junior was added to the team after fully recovering from the side strain he sustained during the ACC T20 Asia Cup, but Shaheen, who is in London receiving treatment for a knee ailment and will likely start bowling again early next month, will join the team in Brisbane on October 15.

Before October 15th, changes to the squad are permitted without the Event Technical Committee’s consent.

When playing against England in the first T20 and the Asia Cup 2022 final, according to Mohammad Wasim, the team did not perform satisfactorily.

“The Pakistan team is facing batting problems for which efforts are being made to solve. The team management is also making different combinations in the recent series to solve it and giving the opportunity to bench strength. The World Cup is around the corner and we are not too worried about two consecutive defeats.”

The chief selector stated that although there is currently no plan to alter the World Cup roster, it is undoubtedly an option.

“I am not sure what changes could be made. I am hopeful that the players selected for the tournament perform well [in the ongoing series].

He added that while Fakhar Zaman is a member of the squad and that we hope he recovers from his ailment quickly, injuries can also result in adjustments. If he is unable to play in the World Cup, certain names will be taken into consideration.

Saim Ayub and Sharjeel Khan, he claimed, are among our 18 players but not among our 15 players.

“It is not necessary to choose an opener in place of an opener. There are some names under review.”

Wasim acknowledged that he wouldn’t mind criticism of his choice or of himself, but he felt bad about picking on players.

The 2022 Asian Cup winners have won. The Asian Cup and reached…