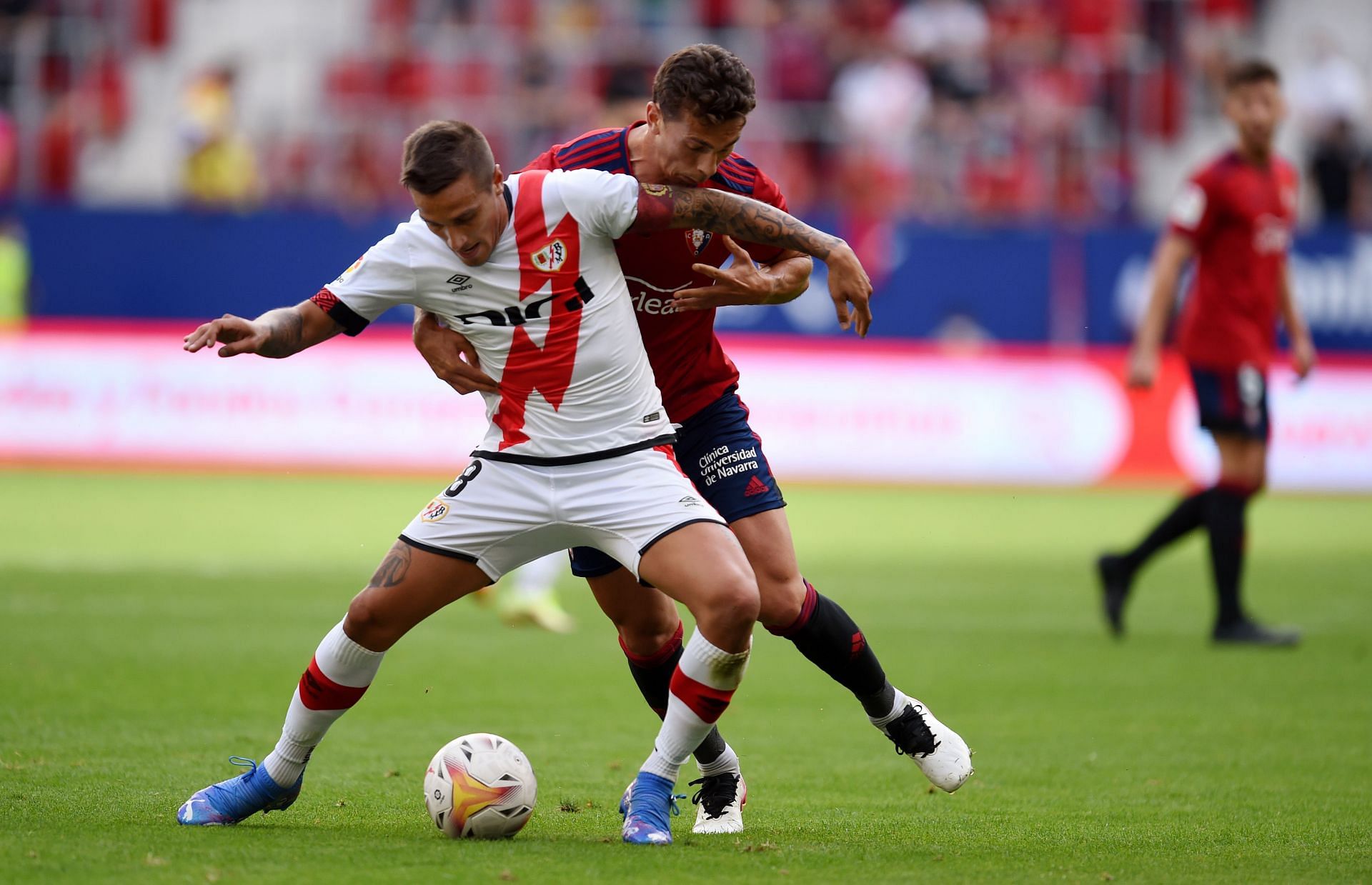 Osasuna will welcome Rayo Vallecano to the Estadio El Sadar in La Liga on Sunday.

The hosts kicked off their league campaign with back-to-back wins but lost 1-0 to Real Betis, with Borja Iglesias scoring a 34th-minute winner. Vallecano also saw their unbeaten start to the campaign come to an end last time around, losing 2-0 at home to Mallorca.

Both Osasuna and Vallecano have a solid defensive record thus far, conceding only twice apiece.

Osasuna have scored two goals apiece in their two home games this season but failed to score away at Betis.

Vallecano, meanwhile, have scored both their league goals this season away from home, keeping clean sheets in two games. They conceded for the first time this season in their home game against Mallorca.

Both teams have been defensively solid this season, so they are likely play out a low-scoring game. Osasuna have a solid home record against Vallecano and should eke out a narrow win.

2 for 1 New Player Bonus at Barstool

Tip 3: At least a goal to be scored in the second half – Yes