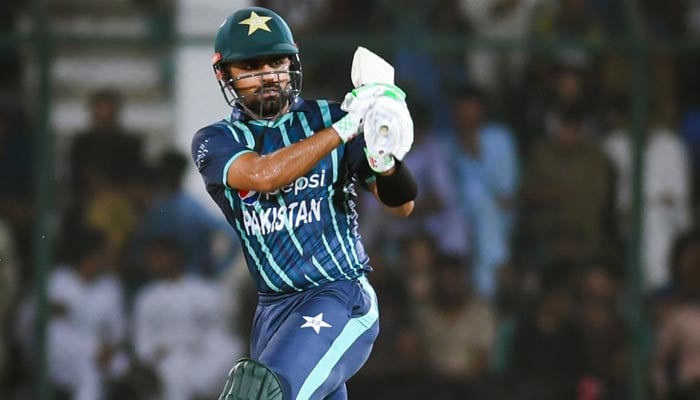 The star player managed to score 105 runs off 64 balls, becoming the top player to hit most international centuries as the Pakistan captain.

Babar has become the first Pakistani to score two centuries in T20 Internationals.

The skipper had scored 122 runs against South Africa in 2021, while he also holds the record of scoring the most 50s for Pakistan.

The player hit 5 sixes and 9 fours against England.

However, Babar has achieved the milestone of completing 8,000 runs in T20 during the second clash against England on Thursday.

The star player managed to complete the runs in 218 innings, becoming the second-fastest batter after the West Indies Chris Gayle to get to the landmark.