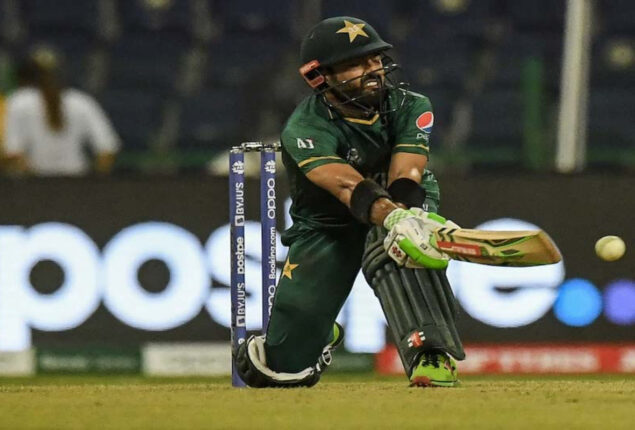 Pakistan and England play in the second Twenty20 International of the series on Thursday at the National Stadium in Karachi (today).

The seven-match T20I series has a 0-1 lead thanks to Tuesday’s victory by England, who are visiting Pakistan for the first time in 17 years.

Opening batsman Alex Hales struck a 40-ball 53, his first international score in three years as a result of a failed recreational drug test, as England pursued a modest 159-run goal in 19.2 overs in the first round of a seven-match T20I series.

After the triumph, acting England captain Moeen Ali said the team’s pairing of seasoned player Alex Hales and inexperienced player Harry Brook was enjoyable and showed why they are so well-liked at home.

“Brilliant performance, they got off to a great start, but we pulled things back in the middle overs, the bowlers were excellent. On a tough surface, I thought the batters did well. Rashid and Wood`s debut was outstanding and was a good all-around performance from the bowling unit. We were smart with the chase, Alex Hales, batting after such a long time, he was nervous but showed why he’s one of the best in the country. Brook showed why he’s rated so highly back home, their partnership was wonderful to watch,” said Ali in a post-match conference.

While the squad experimented with new lineups, Pakistan’s wicketkeeper and batsman Mohammad Rizwan begged with cricket fans to overlook the mistakes and the loss.

The team was developing modifications to better capitalize on mistakes for the upcoming T29 World Cup, which will start in Australia next month, he said in his post-game interview with the media. He acknowledged that mistakes will certainly be made.

“By the grace of God, I and the skipper [Babar Azam] are performing well for quite some time, leaving a little room for our middle order to display their batting acumen,” he said. The power-hitters, across the world, can’t be expected to consistently hit 60 runs in every match, he said.

Pakistan got off to a fast start because to Rizwan’s 68 runs and Babar’s 31 runs. Pakistan’s middle order, however, was unable to capitalise on the solid foundation as they only managed to score 158 runs.

Former cricketers, including former English captain Nasser Hussain, have urged Pakistan to change their batting order somewhat because Shan Masood needs some time to prepare at the crease and play his natural style of cricket.

Kristin Harila one step closer to summit all 14 8-thousanders

Kristin Harila reached the summit of Mount Manaslu in Nepal. She still…