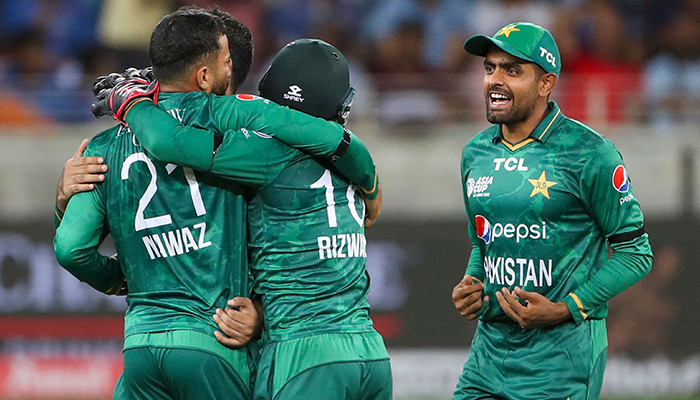 DUBAI: Pakistan will play against arch-rivals India in the Asia Cup Super 4 clash tomorrow (Sunday) and they will likely field the same squad against India, sources said Saturday.

The two sides are playing each other for the second time in the tournament at the Dubai International Stadium. The Men In Blue won the first encounter by five wickets.

The sources shared that team management has decided to retain the same team it played in the previous two matches and no change is expected in the final XI.

“The management is not in favour of making any changes due to fitness of players.”

On the other hand, the Indian team will not have the services of Ravendra Jadeja — who played a key role in the Indian victory the last time they played.

All-rounder Jadeja has been ruled out of the tournament due to a knee injury.

The Pakistani team will rest and no practice session is scheduled today. The players will train at the gym and pool at the hotel.